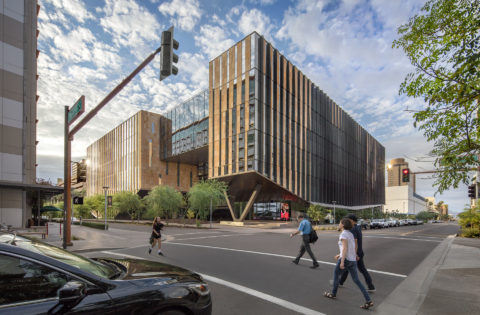 The design gives form to Arizona State University’s mission to revolutionize legal education in the United States and to educate the public on the central role of law in our civil society.

Because we make buildings that act as agents of institutional change, our ASU building will reposition the law school as a public building and as a conduit for connecting the school’s progressive legal scholarship with the public. This is where the law hits the street. 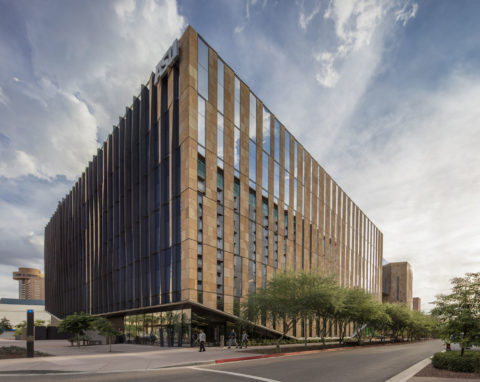 The building is designed as a permeable environment that encourages vibrant connections between ASU, the College of Law and the local downtown Phoenix community. 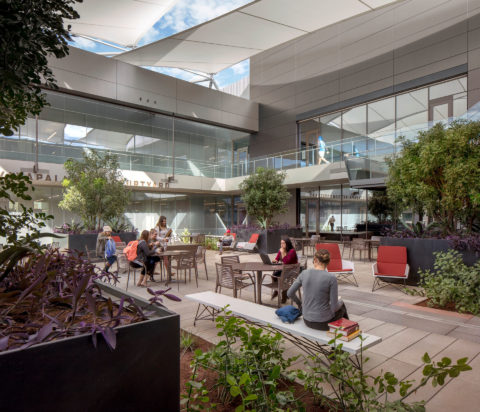 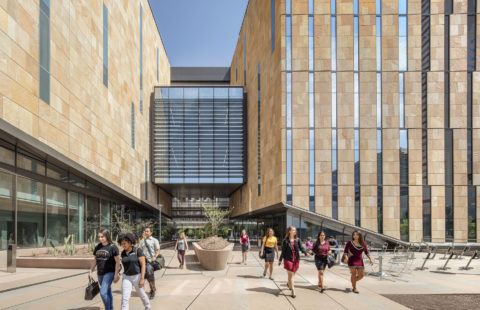 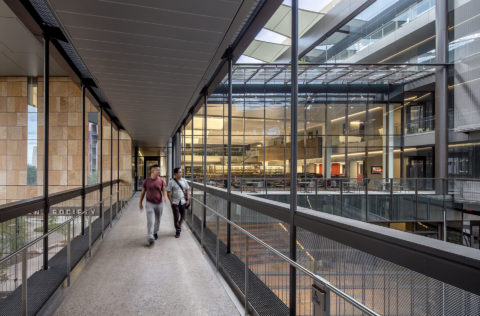 A north-south slice through the building defines an inviting and active public space, a pedestrian pathway that brings downtown Phoenix directly into the law school and enhances the visibility of principal public spaces. 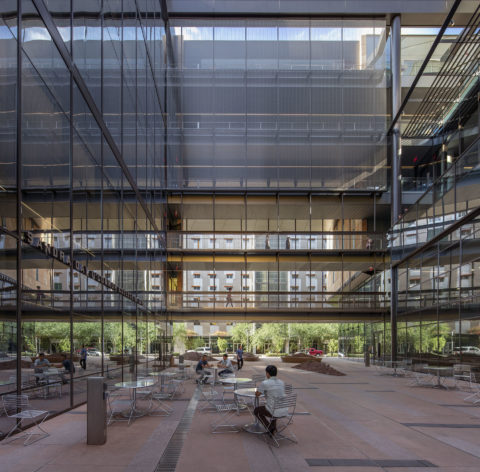 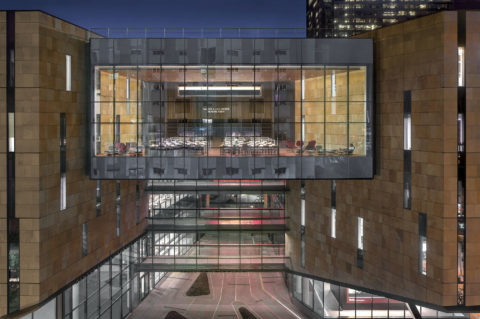 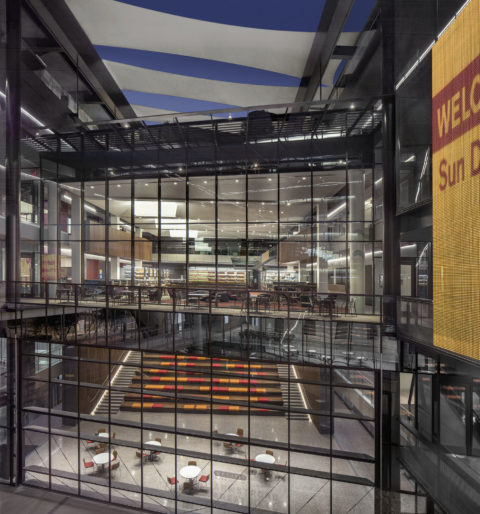 On the east side of the pedestrian pathway, three double-height core spaces are stacked and act as the central gathering core of the building – the great hall on level one, open library atrium on level three and an outdoor shaded courtyard on level five.

Open air bridges connect a double-height reading room on the north side of the building and two stories of think-tank space to the south. 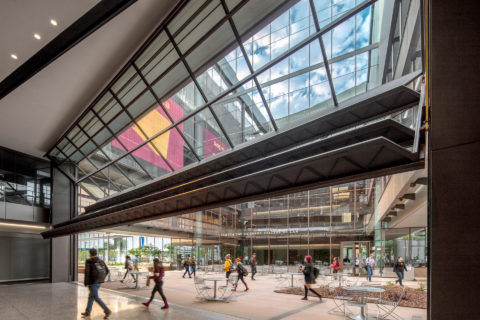 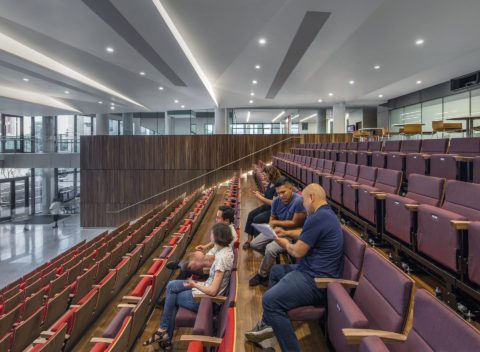 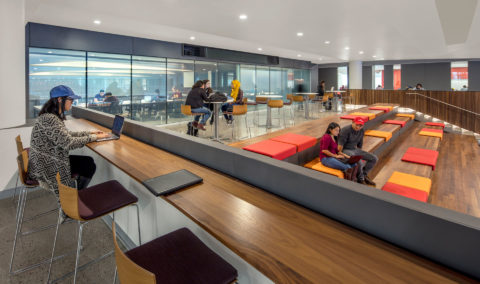 Movable tiered seating allows the Great Hall to be used as lobby, lecture hall and general gathering space. Its direct access to the street blurs the threshold between the School, including its non-profit public interest law firm, and the larger community.

A large exterior media display hovers above the pedestrian pass-through, announcing events, news and other programmable information that informs the public of developments in law and effective legal practice. 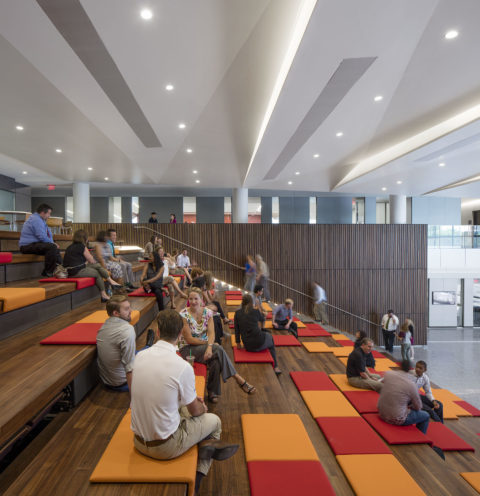 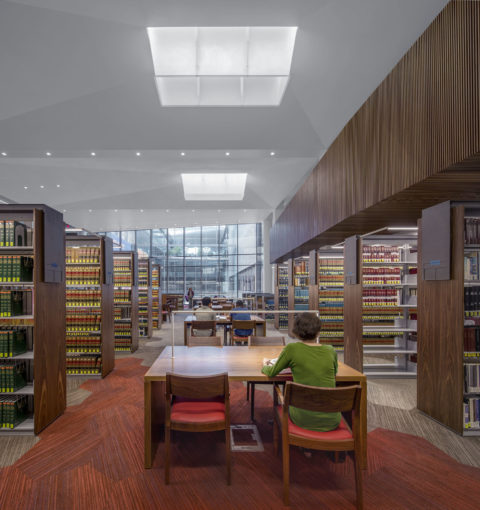 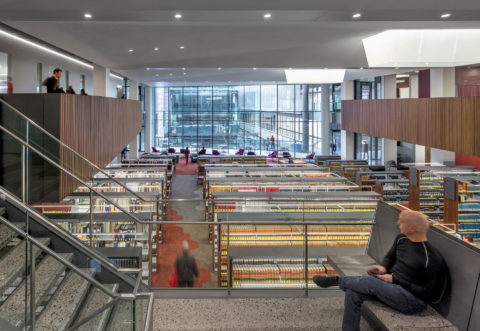 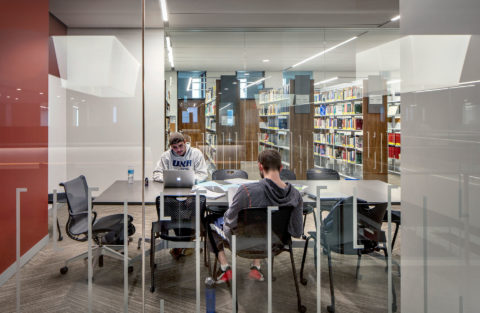 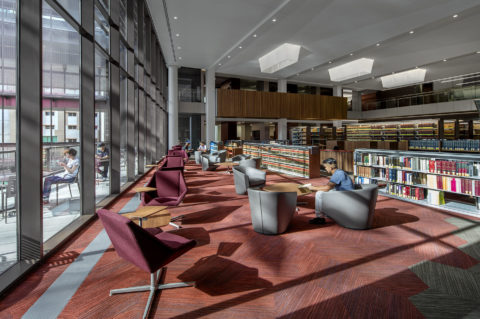 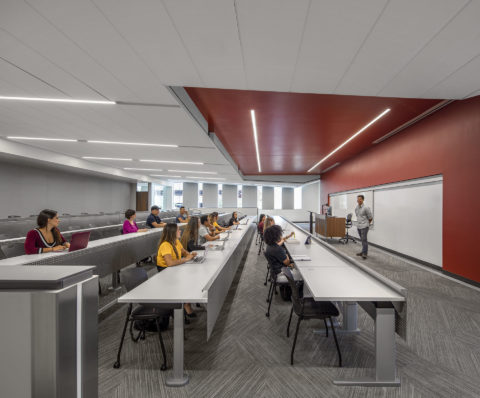 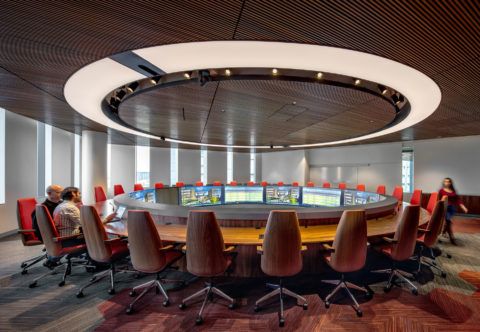 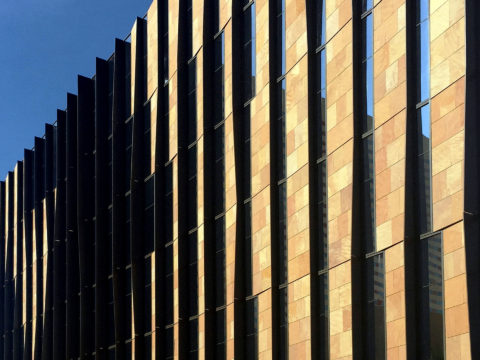 An undulating texture of window openings responds to the program inside, with larger openings corresponding to communal program spaces; the windows are shaded on the east and west facades by fins that correlate to the window widths to reduce solar heat gain and cooling loads. 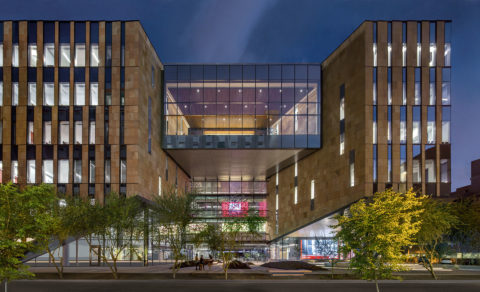 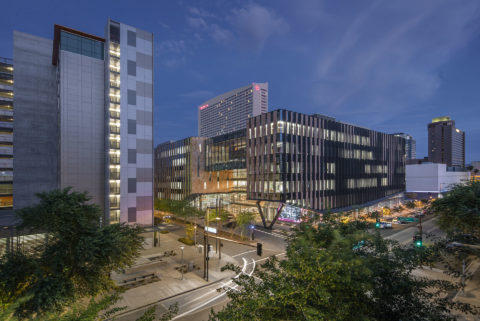