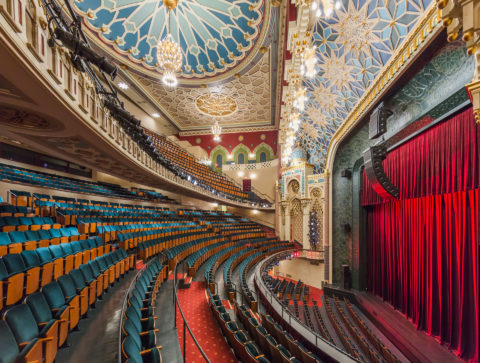 This complete renovation reinvigorates a venerable performing arts venue, while preserving the essential character of the landmark building: historically the “people’s performance space.” City Center’s original fabric has been carefully restored and the experience dramatically enhanced with modern and expanded patron amenities. 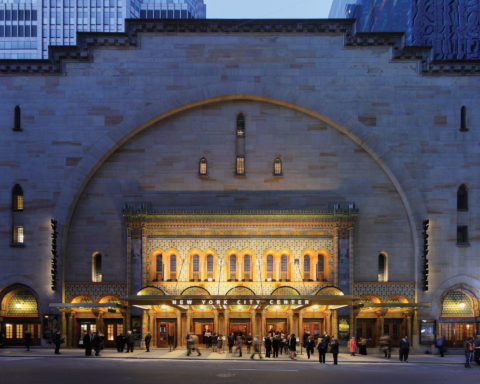 The juxtaposition of the new and the old and the message it sends – that historic buildings can provide appropriate homes for new art – perfectly express our belief in the power and importance of these landmark buildings in our cultural landscape.

Significant modifications to the entry sequence and auditorium volume enhance the patron experience. The spacious new lobby augments patron amenities and initiates a continuous spatial sequence that culminates in the auditorium. There, the mezzanine and balcony levels have been restepped to significantly improve sightlines and row depth within the house. 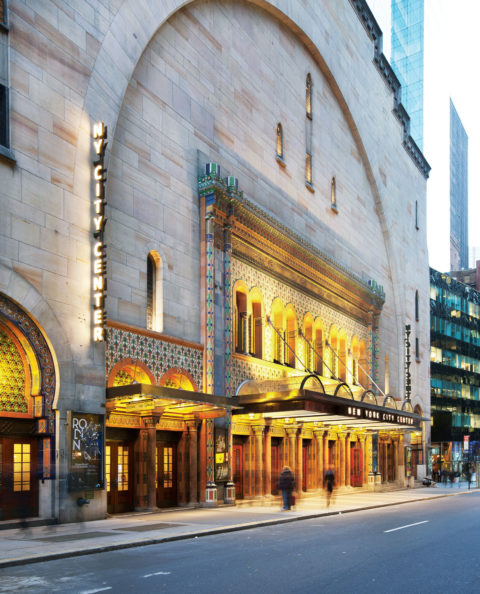 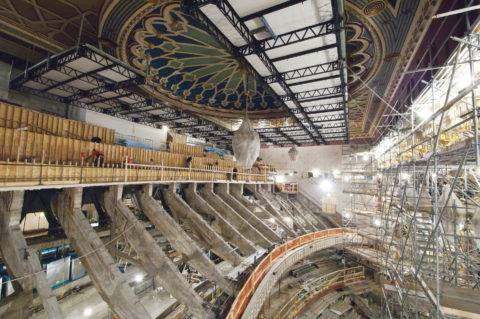 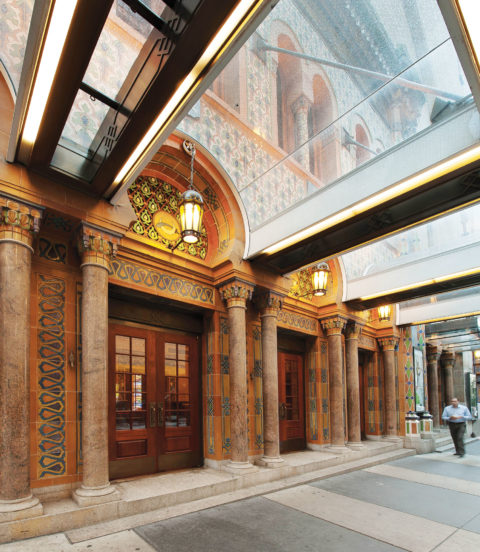 A new, heated canopy and marquee on the exterior coupled with exterior lighting and signage, as approved by the New York City Landmarks Preservation Commission, defines the building more dramatically within its urban context and gives the theater a strong, visible presence on West 55th Street. 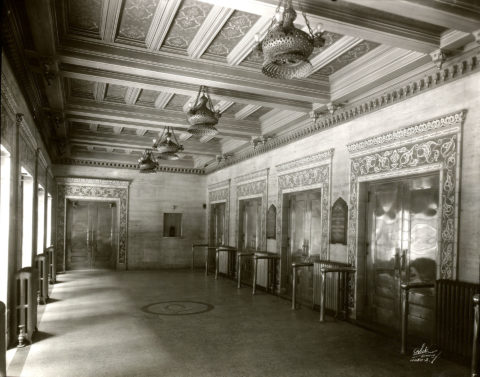 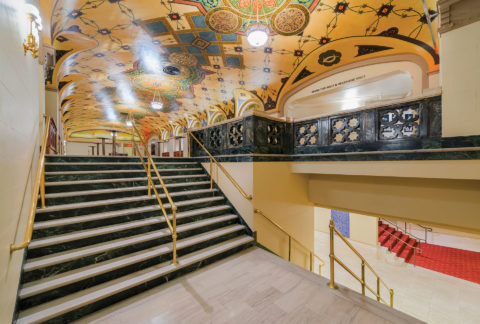 In every aspect, this renovation of the 1920s neo-Moorish building respects and enhances the original theater’s much-loved neo-Moorish design motifs. Many of the spaces have been carefully restored, and new interventions have been based on careful study of the underlying geometric motifs of Islamic architecture, reinterpreted to be complementary but not imitative of the existing fabric. 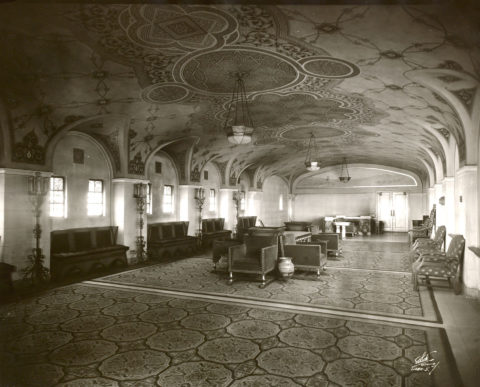 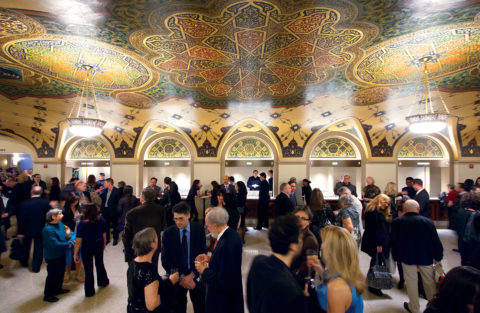 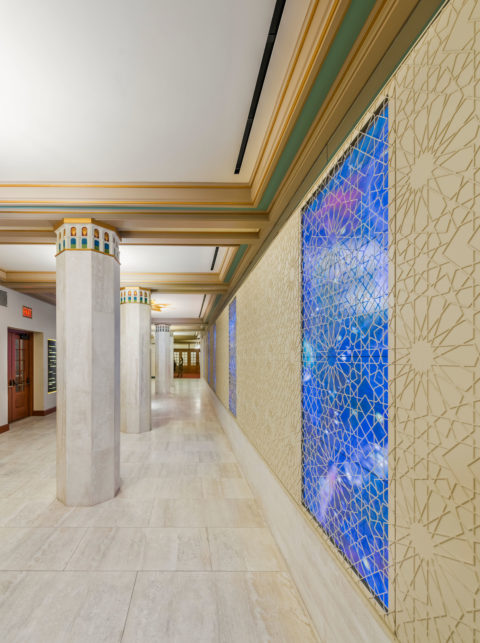 In the orchestra lobby, six high-definition plasma monitors overlaid with a neo-Moorish latticework showcase an evolving roster of performance video content. A collaboration involving architects, the client and a select group of video artists, this modern insertion encourages a continued dialogue between patron and artist, as well as the use of video as a platform for communication about the performing arts. 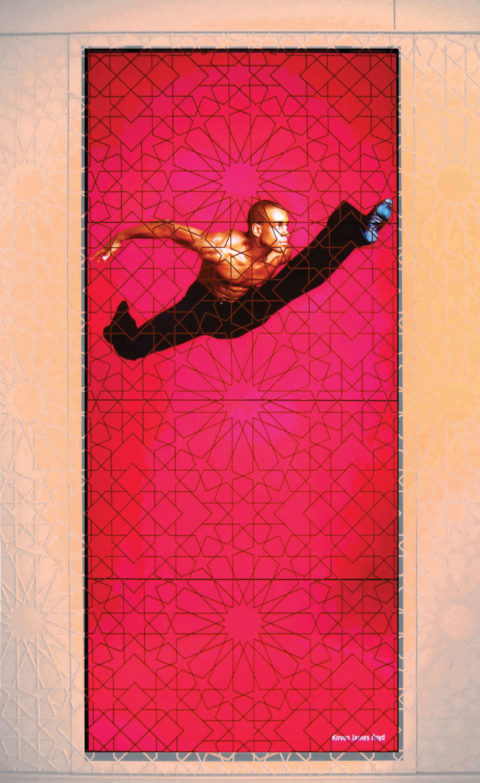 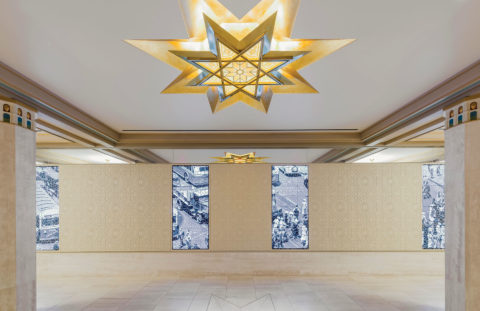 Extensive historic paint analysis has allowed the interior of the auditorium, which had been painted white shortly after its dedication by LaGuardia, to be authentically restored. 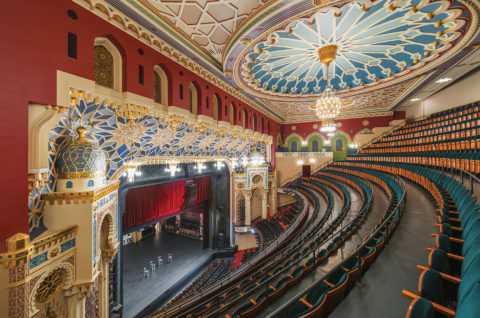 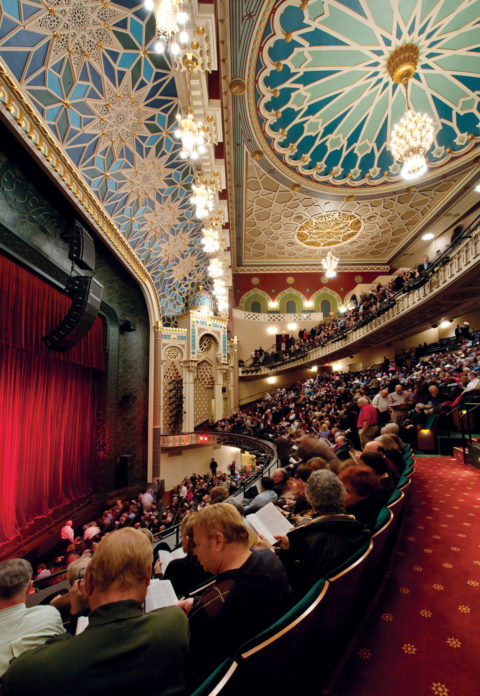