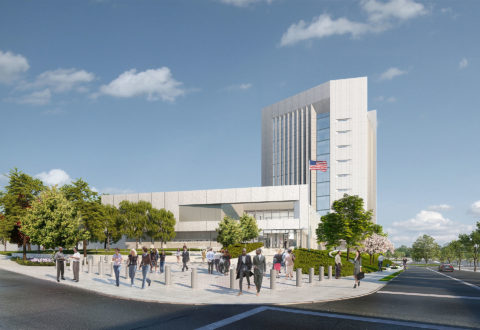 Inspired by Harrisburg’s civic history, regional landscape, and evolving Midtown urban fabric, the building design aims to establish the new United States Federal Courthouse as a northern gateway and contemporary civic landmark that embodies the vital intersection between the Federal judiciary and the community it serves. 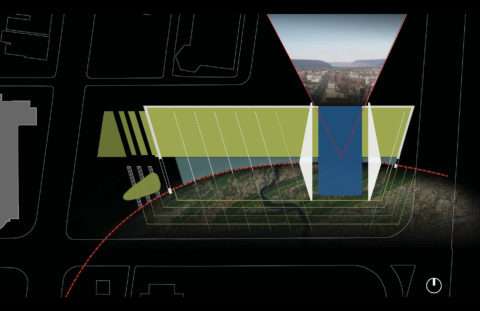 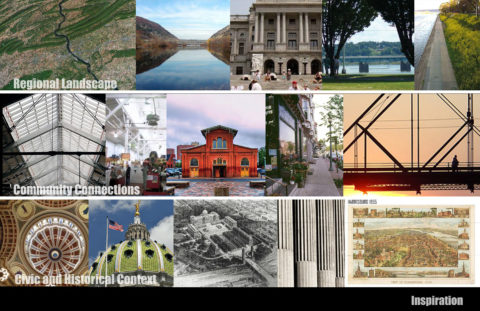 Located on the geographic ridgeline between the Susquehanna River and Paxton Creek at the corner of Sixth and Reily Streets, the new courthouse aims to build upon Midtown Harrisburg’s history and sense of community.  The building and its surrounding landscape will be a civic icon and public space that serves as a catalyst for further revitalization of the area while promoting stronger visual and physical links to the Capitol Complex and the rest of Harrisburg.

The building massing, a legible intersection of primary program elements, is a framework for understanding the role of the Federal Judiciary in the greater Harrisburg regional landscape and its role within the surrounding community and local civic realm.The rhythm and horizontality of the building’s podium elements subtly reference the numerous bridge structures which span the Susquehanna. 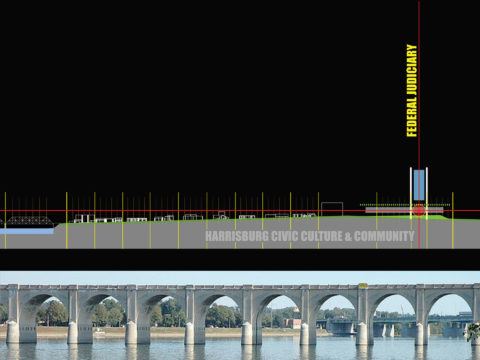 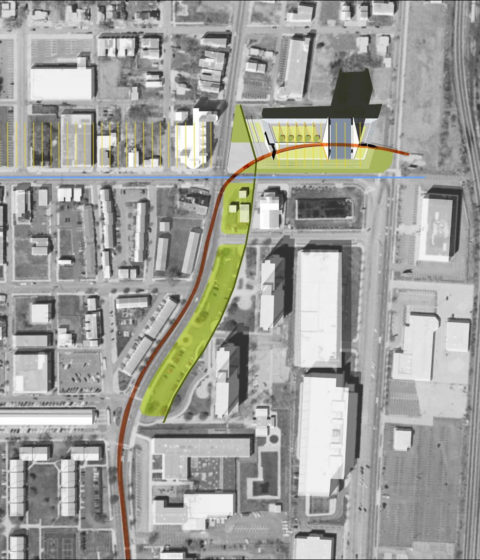 The curvilinear geometry of Sixth Street, extending north from the Capitol Complex, links the courthouse to the City at an urban planning scale by symbolically extending into the building to define the primary public arrival sequence. 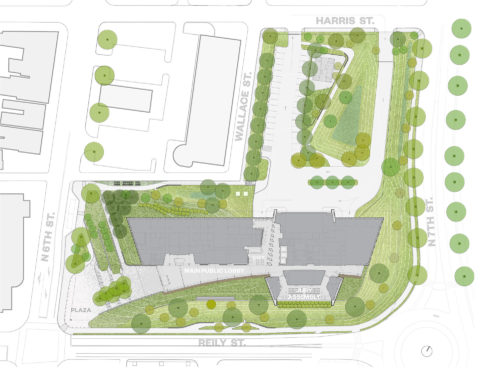 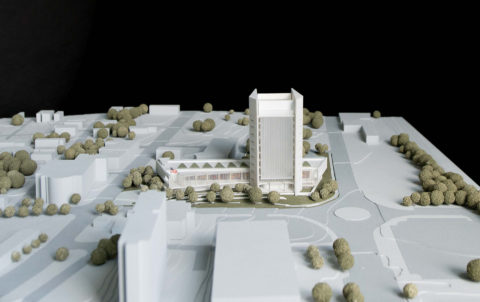 The Main Entry Level, accessed from 6th street, houses the majority of the public spaces within the building which include the Public Lobby, Café and Jury Assembly, Shared Meeting Spaces and District Clerk Public Counter.  Other program spaces located in the building podium are U.S. Attorney’s Offices, Grand Jury, Bankruptcy Clerk Offices, District Clerk Offices, Trustees Offices and Meeting Room, U.S. Marshals Space, and General Service Administration Offices. The elevator bank connects the public lobby space at all levels including the Courtroom and Judges’ Chambers floors in the tower above. 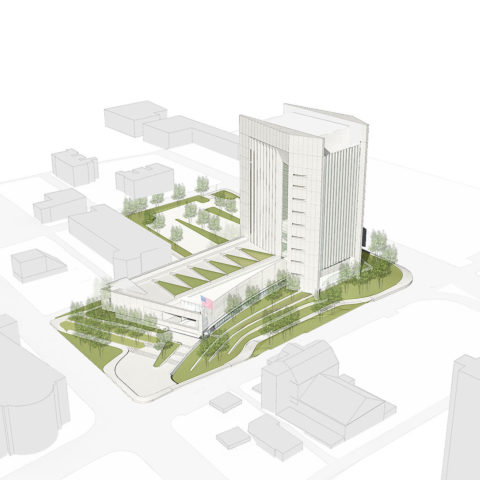 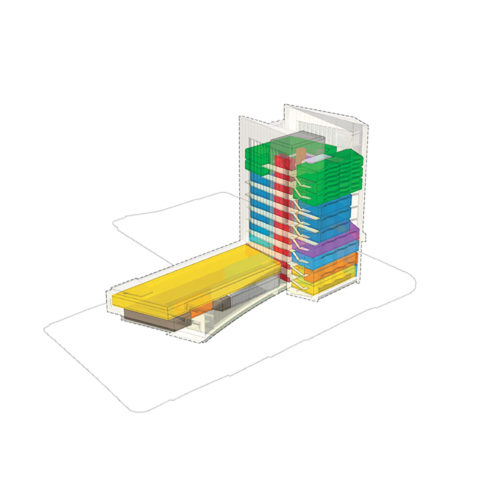 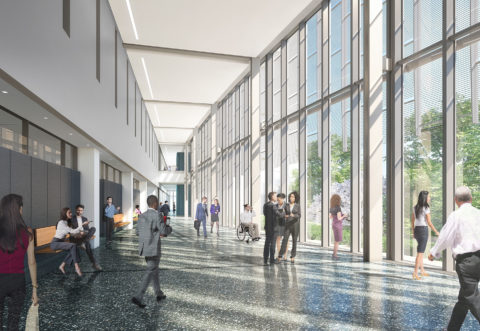 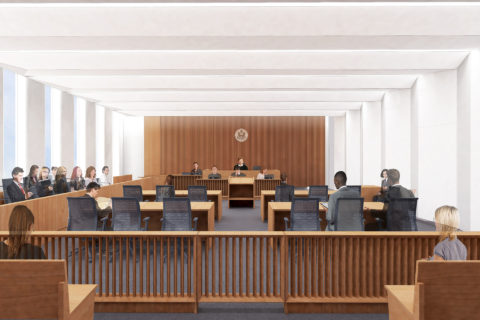 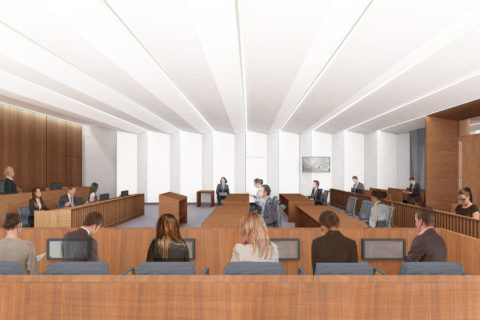 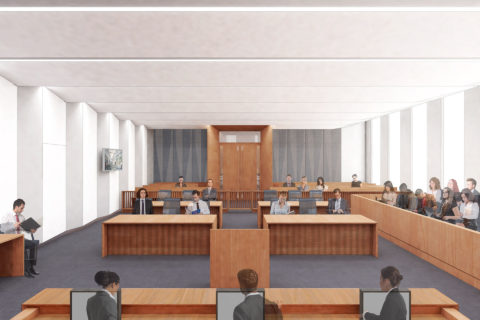 The 8 Courtrooms are located in the heart of the tower footprint on Levels 4 to 8 and stack consistently with the five larger District Courtrooms to the North and the two smaller Magistrate Courtrooms and Bankruptcy Courtroom to the south.  The elevated location of the Courtrooms in the tower and the location in plan appropriately reflects their significance and allows the spaces to benefit from controlled natural daylight and also allows the public waiting areas, the jury deliberation rooms, and robing rooms to take advantage of the dramatic distant views.  The Circuit Library located on Level 7 of the tower aspires to be a shared resource for all building tenants.

The distinct shape of the tower and façade geometries respond to solar orientation, program, and views.  This purposeful articulation, coupled with a restrained material palette comprised primarily of precast concrete and glass, results in a modern interpretation that transcends the decorative textural richness and dignified character associated with historic civic buildings. 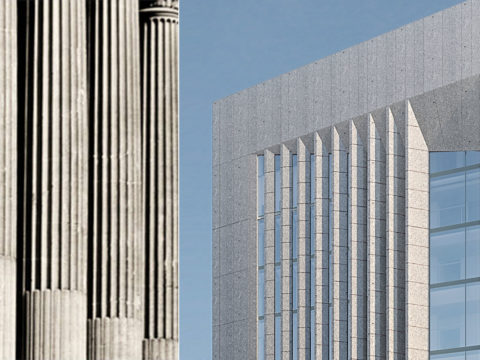 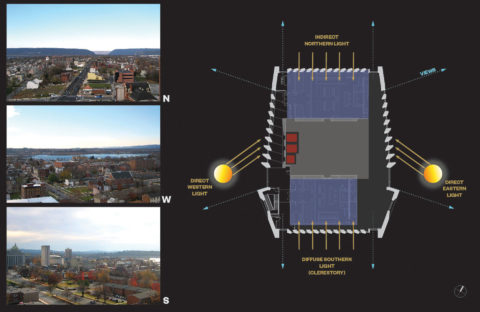