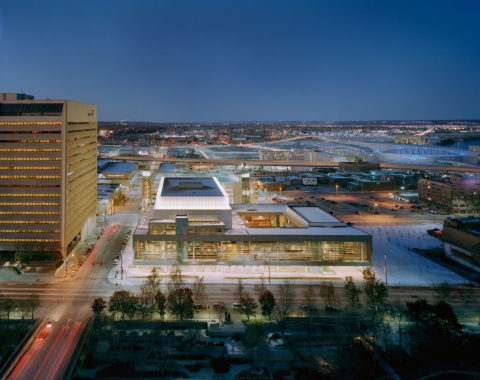 A permanent home for the most ephemeral of the arts, the Holland Performing Arts Center is a commanding physical symbol of Omaha’s commitment to the musical arts and the City’s ongoing cultural renaissance. 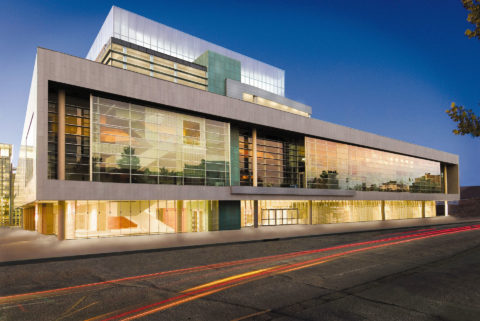 The notational abstraction of a musical score inspired various techniques for interpreting time, rhythm and composition three-dimensionally. Through experiments with scale and surface, this lyrical approach synchronized the arrangement of the building’s physical and experiential characteristics. 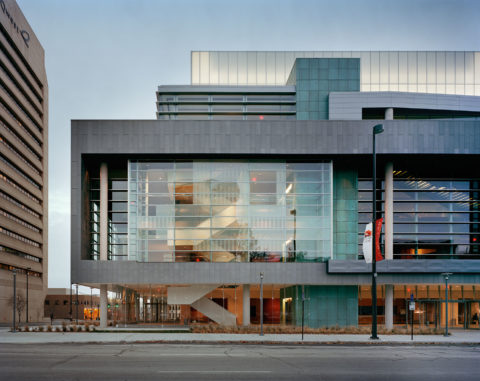 Responding to the downtown context, the urban design strategy reinforces Omaha’s characteristic patterns of pedestrian and vehicular movement, enhances the site’s relationship with a landscaped, linear park, and establishes connections with surrounding buildings. 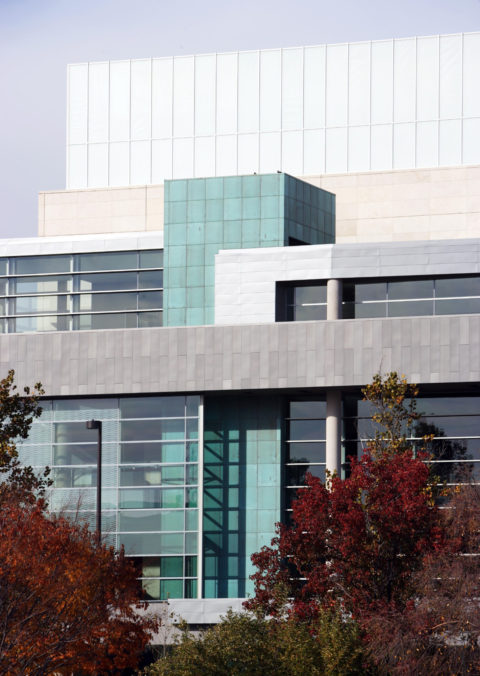 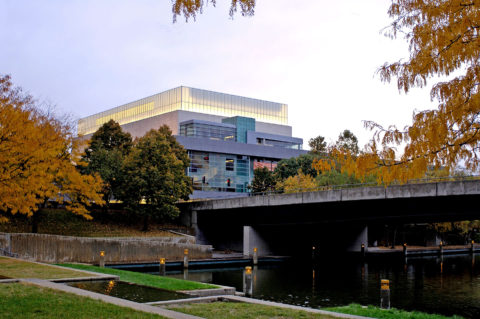 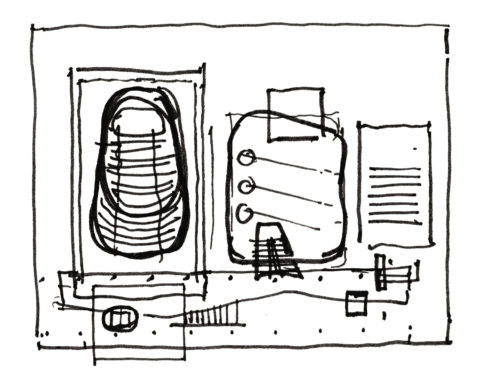 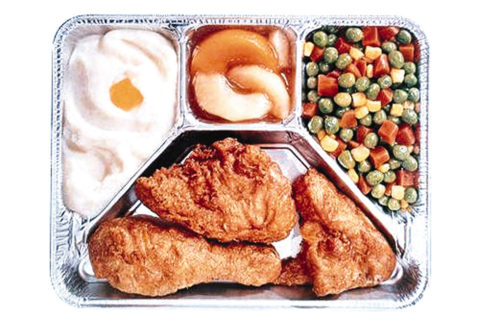 Sheathed in zinc and glass, the elevated, horizontal volume is punctuated by a solid and a void. The stone-clad concert hall volume is capped by a clerestory range that fills the hall with natural light during the day, adding a sensual dimension to the experience; at night, the hall appears as an illuminated lantern – a beacon to the arts. The void is a protected and publicly accessible terraced courtyard at ground level. 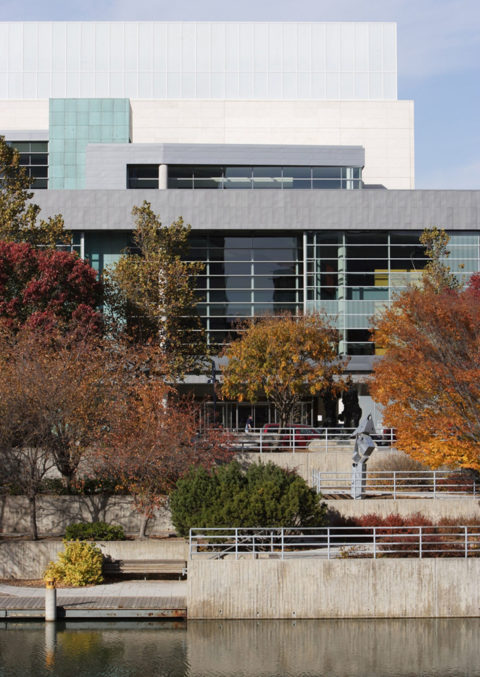 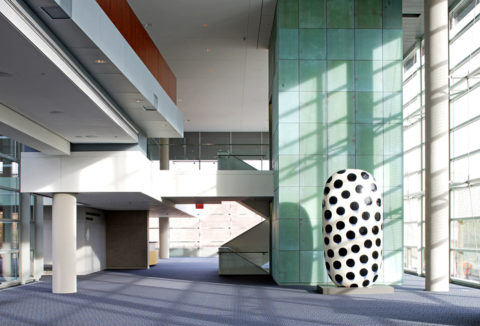 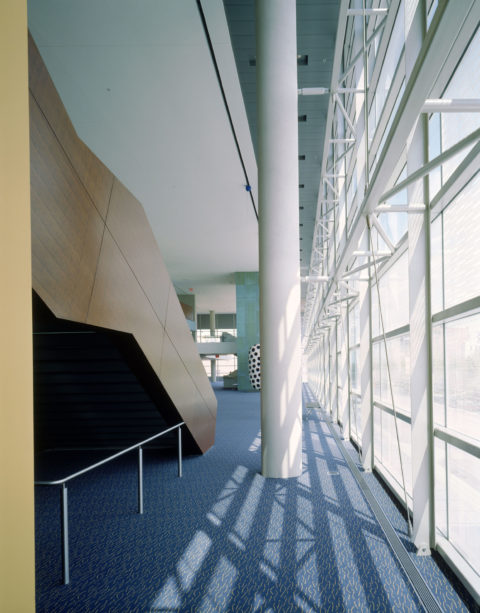 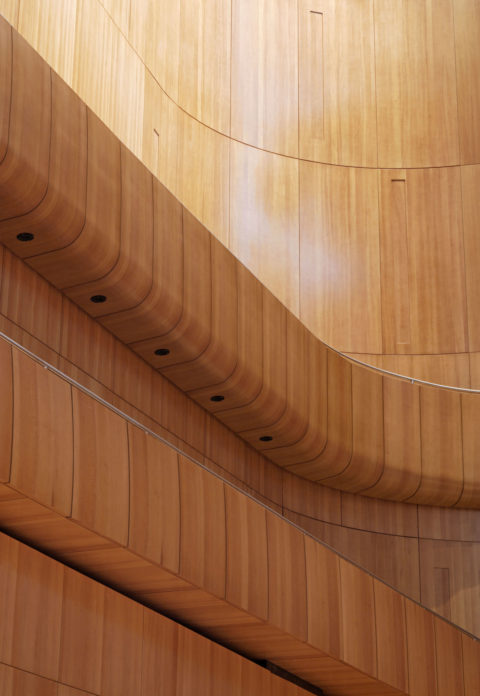 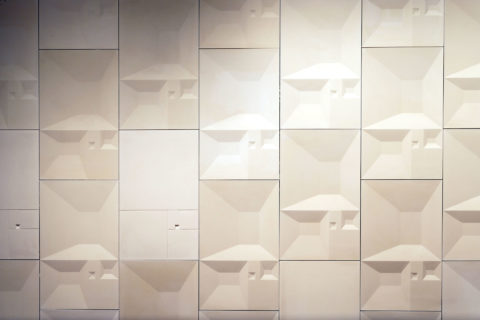 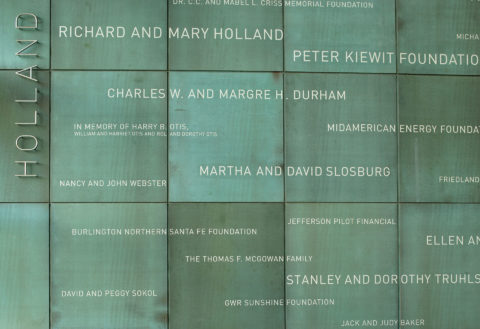 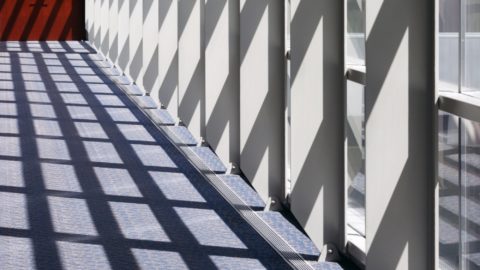 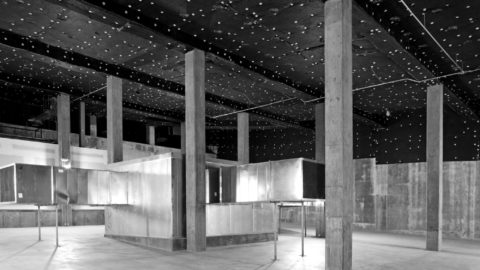 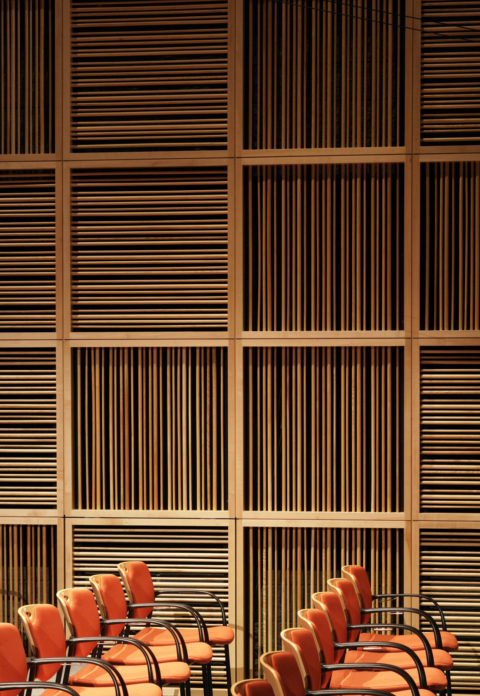 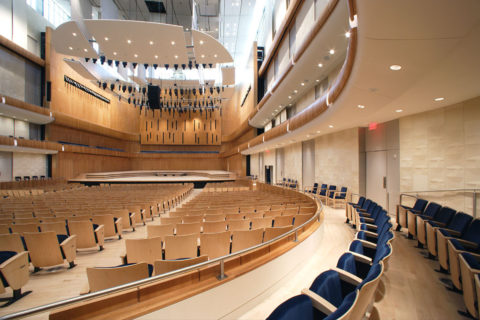 Moveable platforms allow the classical shoebox-shaped concert hall to adjust to a range of music and audience types. Wood and plaster finishes foster a warm, intimate ambience throughout. The flexible, “black box” chamber music hall can be used as a banquet or rehearsal space. The courtyard functions as a third performance venue as well as an outdoor reception and event space. 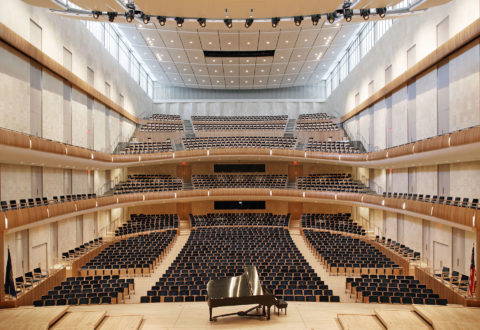 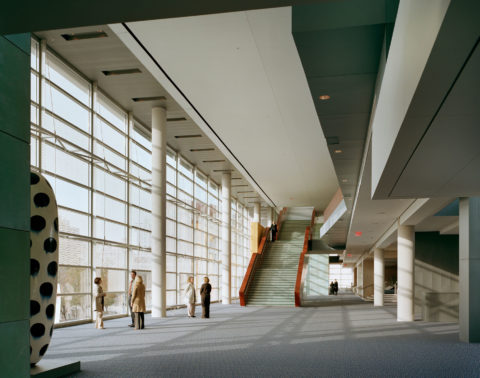 The multi-level, glass-enclosed lobby creates a visual connection between the park and the landscaped courtyard and functions as an arrival space for ticketing, patron services, café and retail. A grand stair overlooking the courtyard leads to the upper-level lobby promenade and provides access to the concert and chamber music halls. 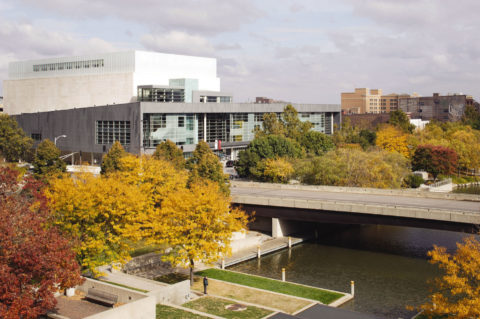 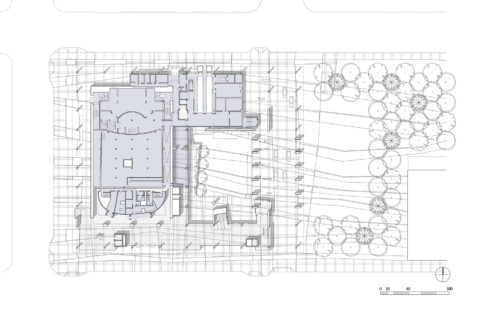 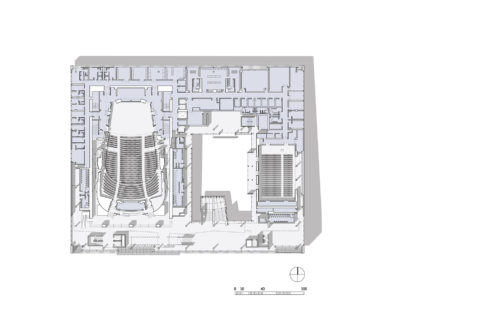 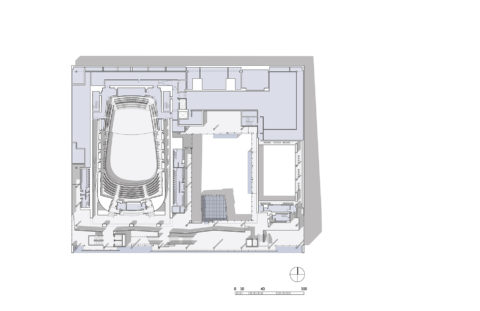 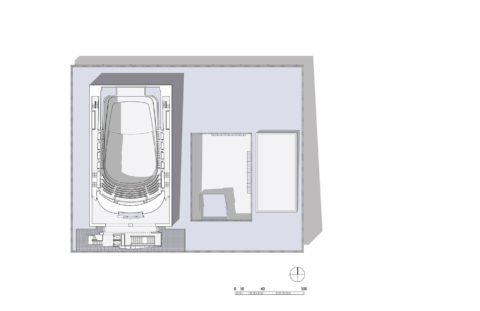 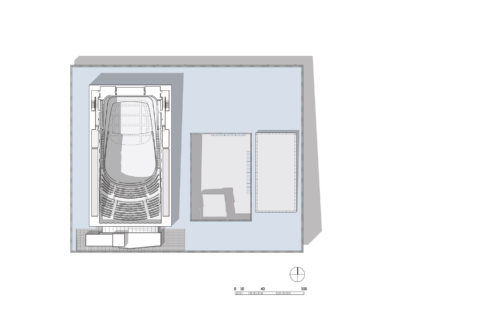 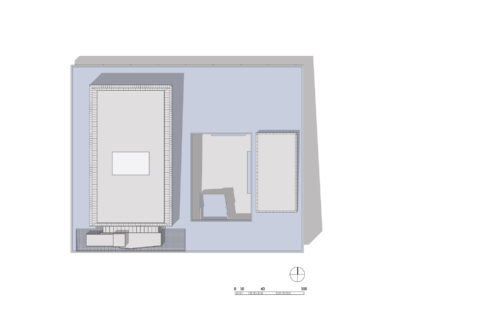 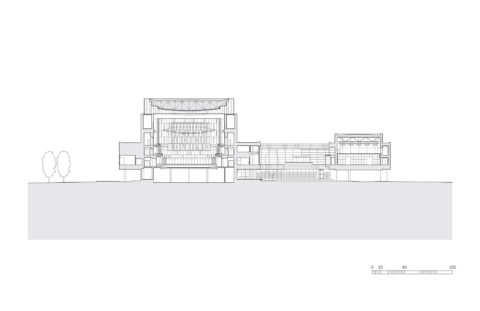 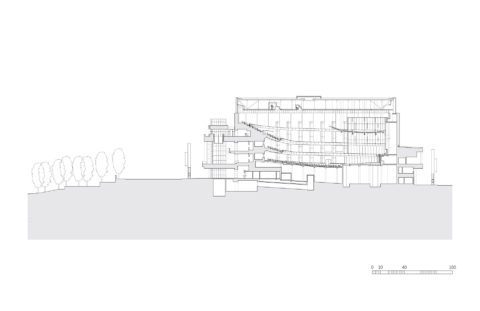 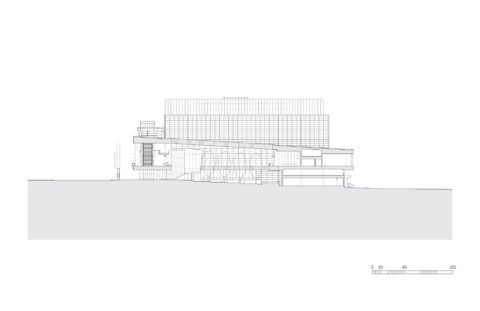 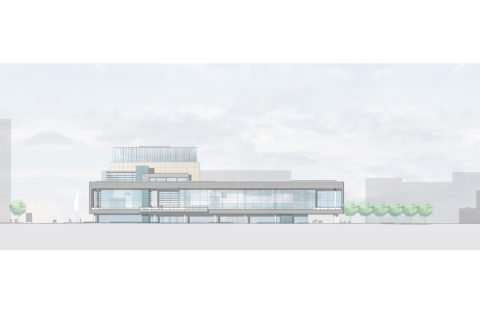