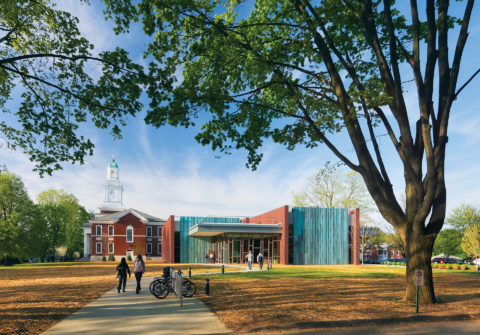 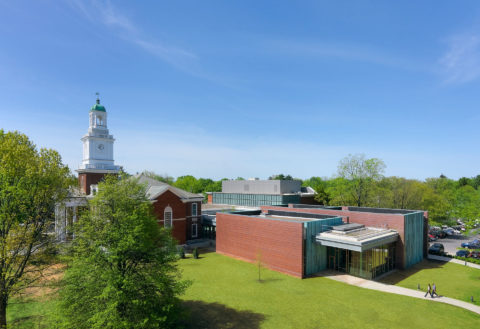 The architecture of the building springs from the idea that studying the law is not a solitary endeavor: study and practice depend on dialogue, discussion and debate, which, in turn, describe human interaction. 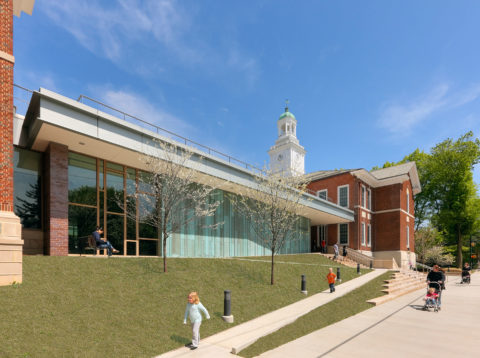 The architecture responds directly to the School’s desire to create a new identifiable campus center for student activity that maximizes natural light, air and accessibility to outdoor space. The renovation and expansion is a conceptual urban infill: its identity created not by a solid but by a void, a public common space that pulls together disparate elements of the campus; its focus is inward. 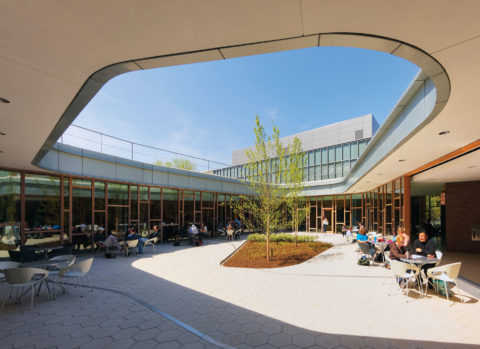 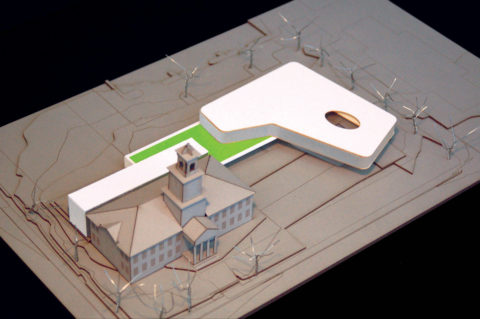 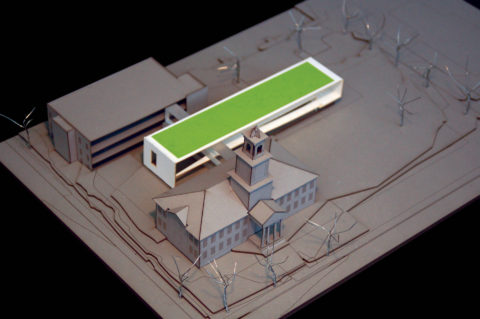 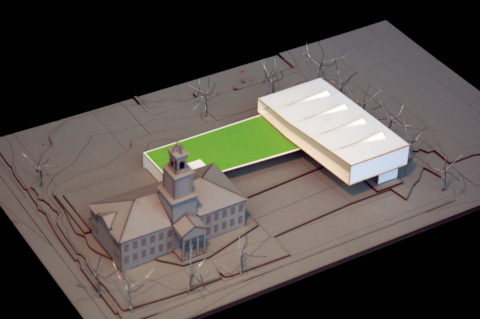 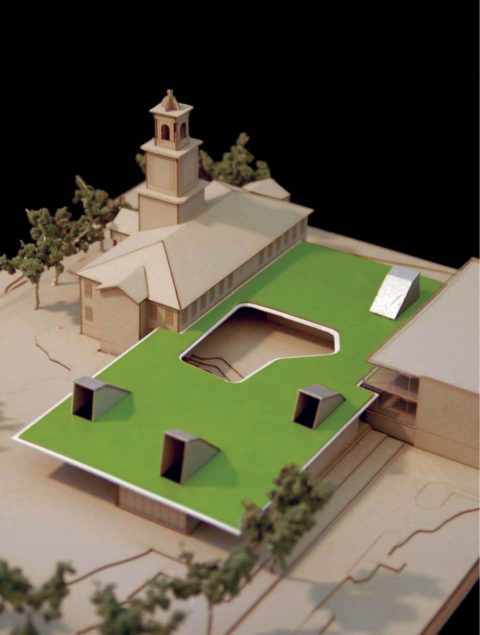 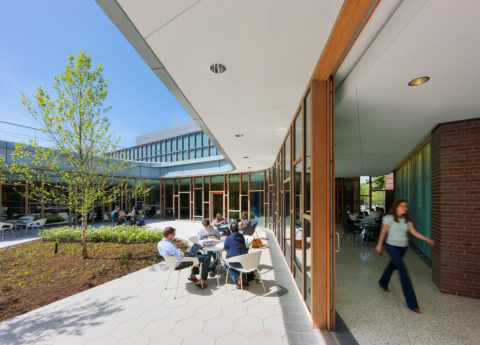 Perforated by skylights and a courtyard, open to the surrounding landscape and the sky above, capturing views of the School’s historic Trickett Hall and the Moot Courtroom, Lewis Katz Hall creates a sense of openness and accessibility, a feeling of connectivity to the School’s historic past and a projection of its progressive future. 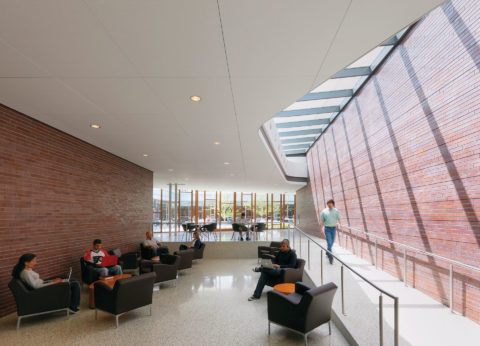 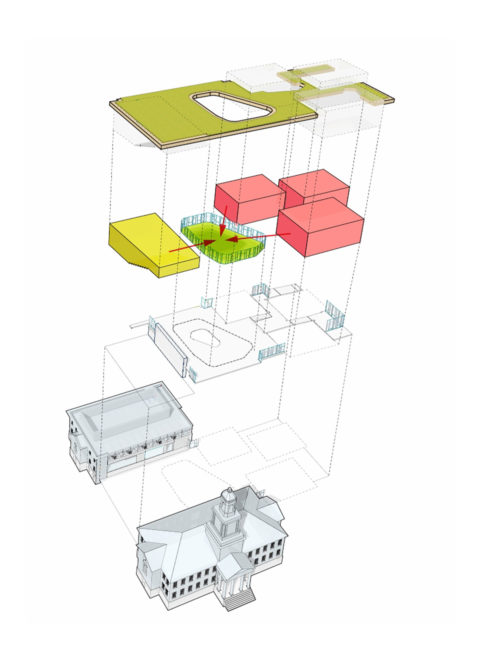 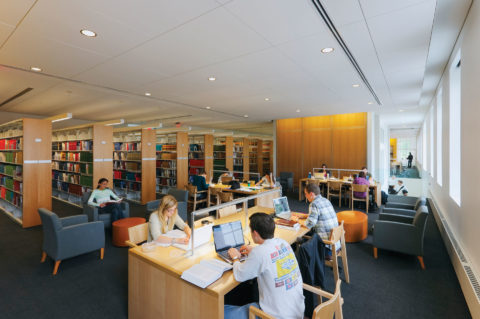 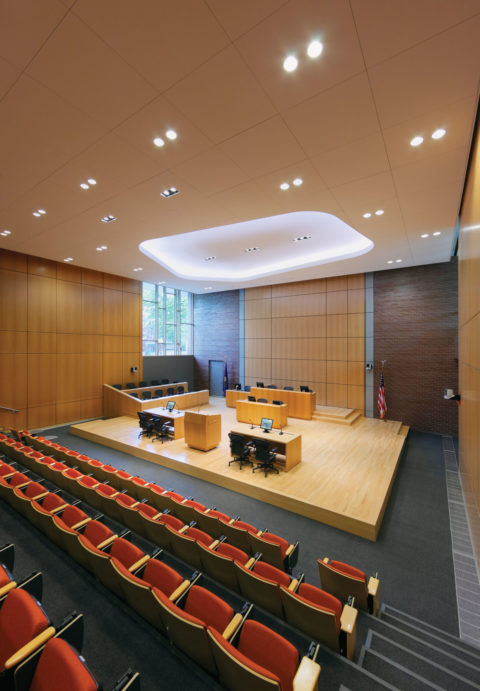