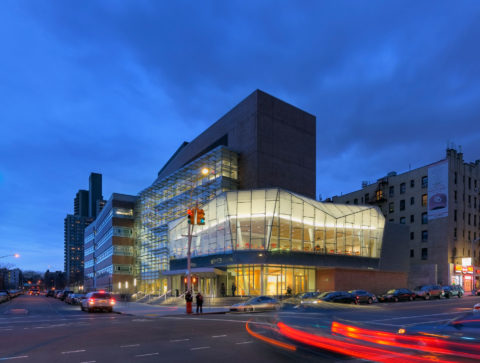 The centerpiece of the still-expanding campus, the new Academic Science Building defines a progressive identity for the College and its academic programs, anchors the neighborhood and creates a physical and visual “front door” to campus. 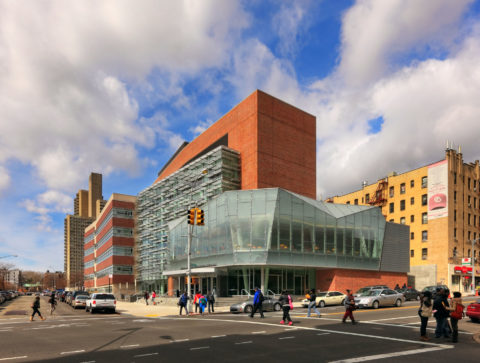 My hope is that the students, faculty, administrators, and visitors who walk through the doors of the new building will find others of like mind. I see educational leaders today increasingly focused on providing opportunities for the intermingling of cross-disciplinary classes and potential avenues for collaboration and exchange. The architecture of this building was designed to bring everyone together. 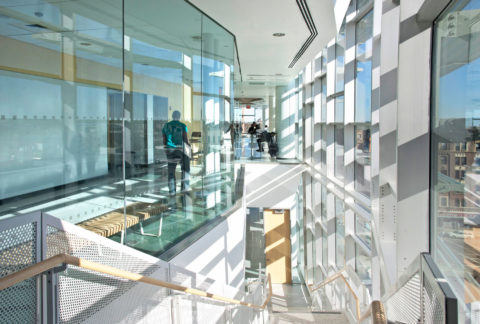 Emphasizing the project’s goals of transparency and community inclusion are a floor-to-ceiling glass pavilion at the corner of the site and interior glass-enclosed access stairs. The open stair just inside the curtainwall connects the floors and animates the street façade, showcasing college activities to the community. 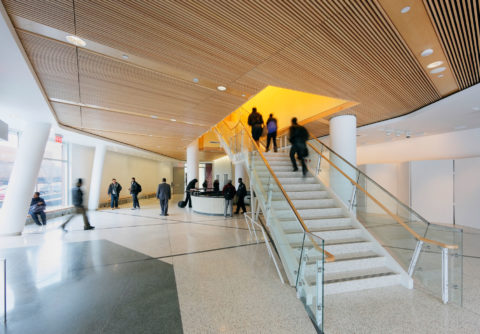 The building’s public spaces and overall organization encourage the cross-disciplinary interchange that enriches the educational experience furthering the School’s mission to provide an environment for students to obtain a superior, career-oriented undergraduate science education. 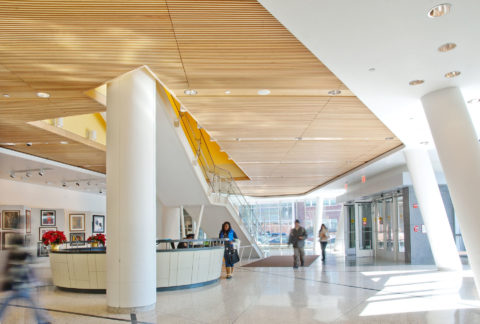 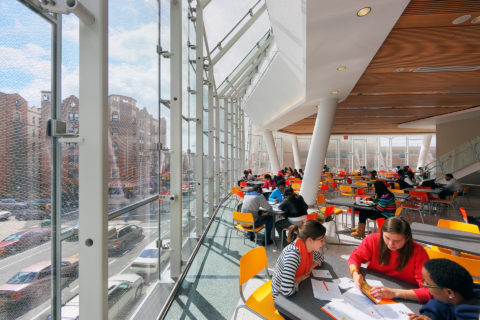 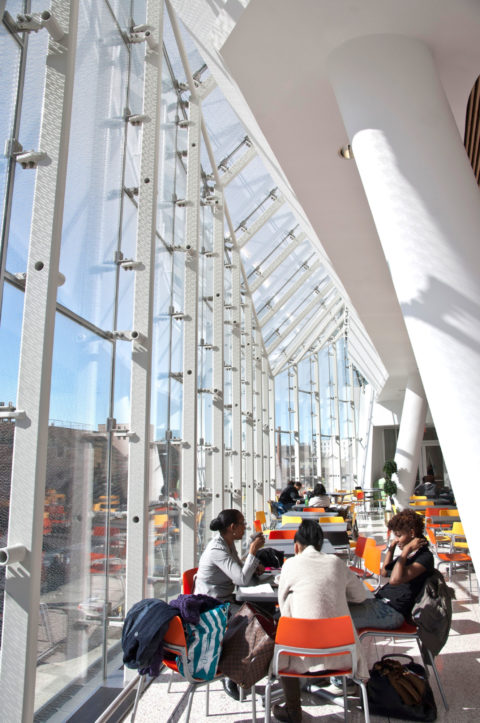 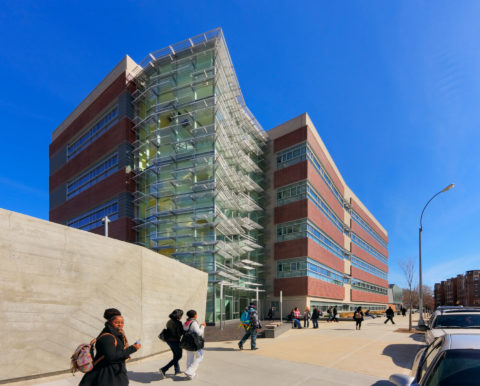 Functional program elements are expressed as distinct volumes, effectively reducing the scale of the building on its long and narrow site: the glass pavilion houses the cafeteria and lobby, the glass curtainwall and cascading stair identify the public circulation zone, and the brick and horizontally-fenestrated wing contains faculty offices. 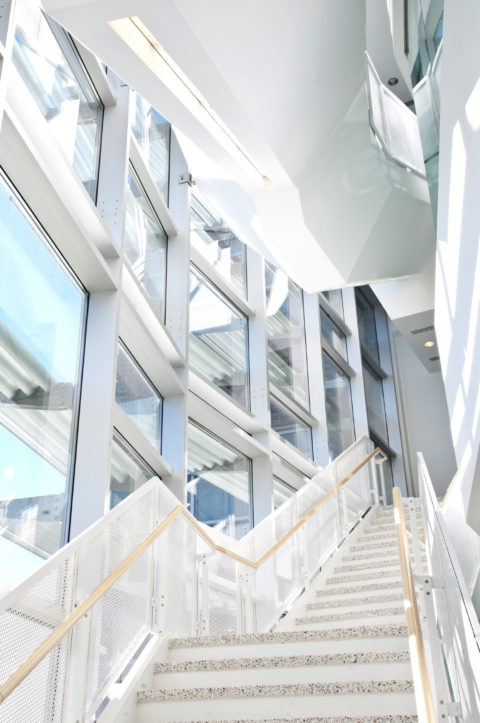 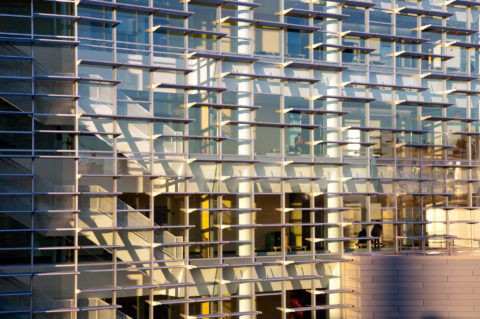 The main public corridor on each floor is shaped to admit natural light, and modulated alcoves mitigate the length and differentiate its appearance. Additionally, a setback from the street creates outdoor common spaces on the entry level. 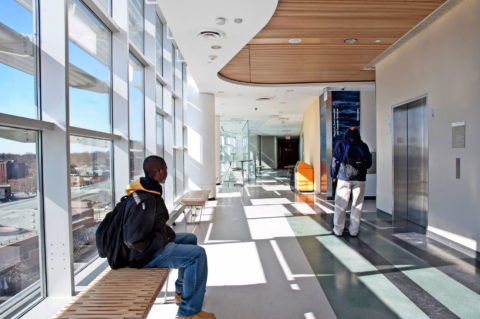 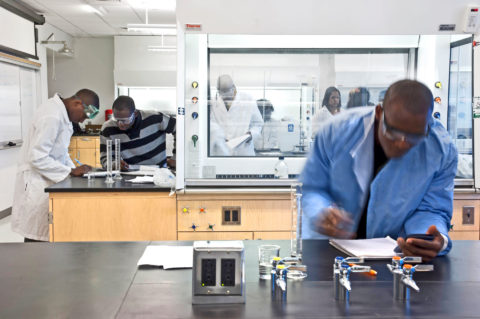 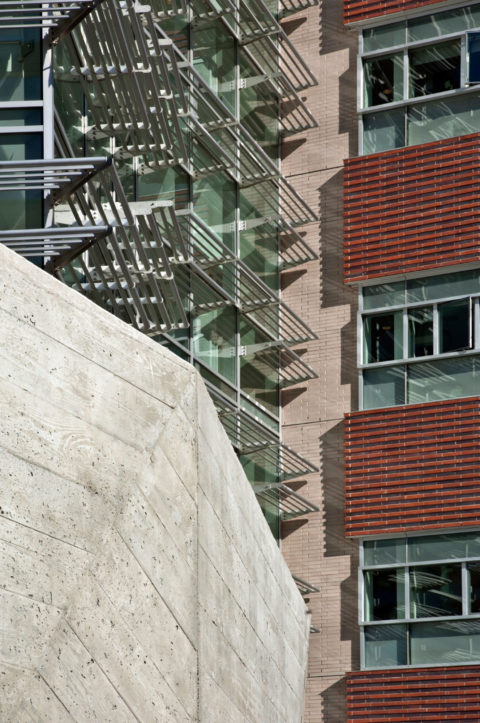 The School of Science, Health and Technology occupies the top four floors of the new facility, with approximately one discipline per floor. Teaching labs are designed for flexibility, to be used for different subjects over the course of the academic year. 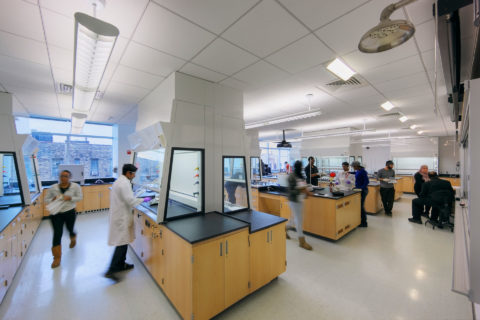