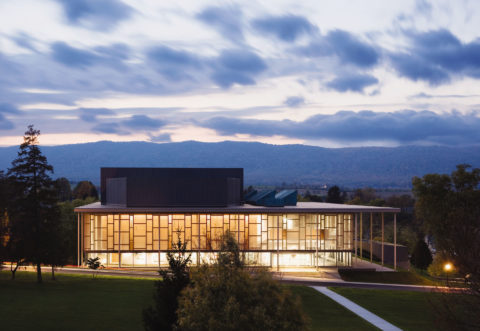 The Mercersburg Academy, Burgin Center for the Arts

A contemporary counterpoint to the historic campus core, the Burgin Center for the Arts establishes a new identity for the performing and visual arts and symbolizes the school’s commitment to promote the arts as a critical part of its rigorous academic curriculum. 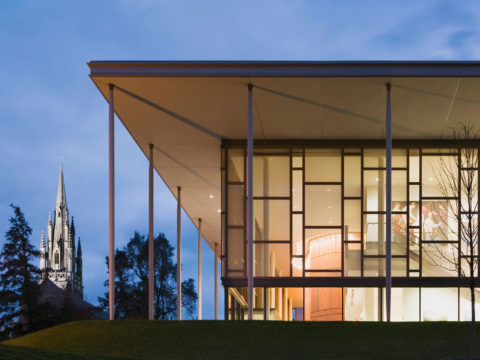 Subtler interventions, none of which rely upon the stagnating reuse of historical architectural form, are occasionally needed to contribute to the evolving hierarchy of meaning and memory in traditional campus contexts.

The building defines the eastern edge of the central open green space on this arcadian campus, which includes an historic Ralph Adams Cram chapel.

The design takes advantage of the site’s steep slope to the west: the building’s height is mitigated, which reinforces its engagement with the landscape and its scale relationship to other campus buildings. Natural materials including teak and Pennsylvania limestone underscore connections with the sylvan landscape. 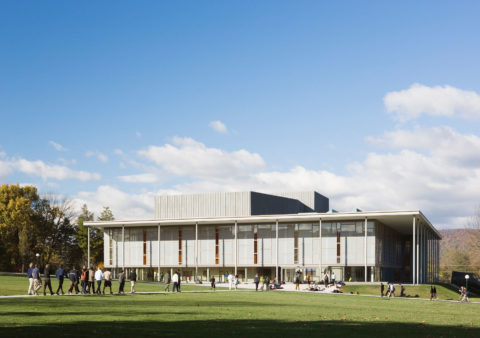 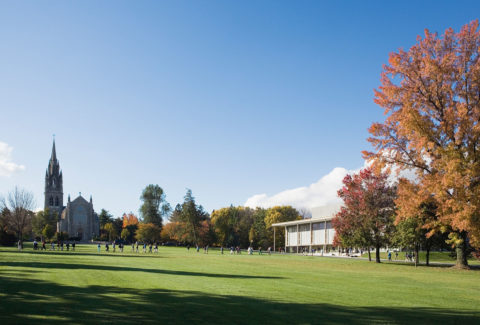 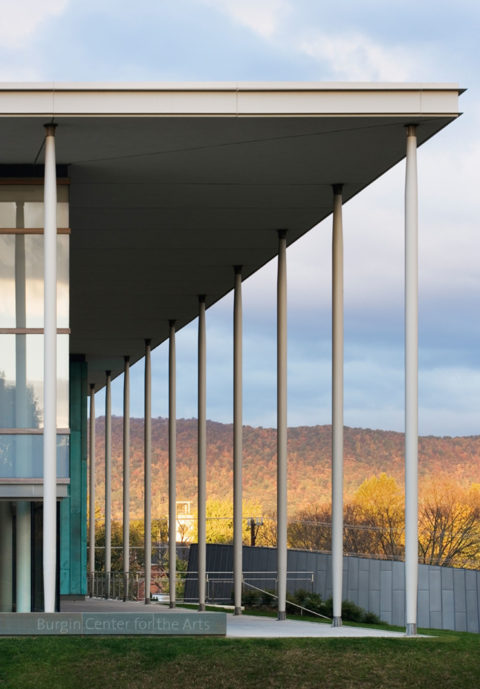 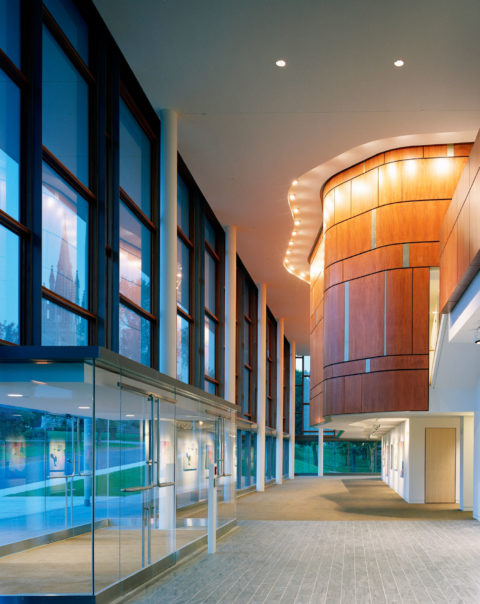 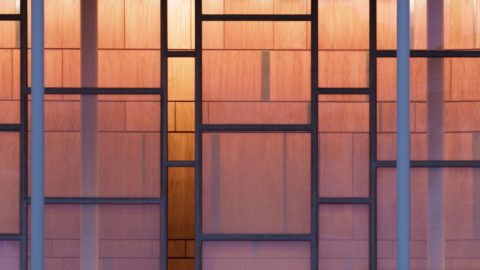 The Simon Theater, whose flexible proscenium affords the intimacy between audience and performers of a traditional configuration as well as apron/forestage variability, supports dance, drama, musical theater, chamber orchestras and solo musicians, and is a place of assembly for the entire school community. 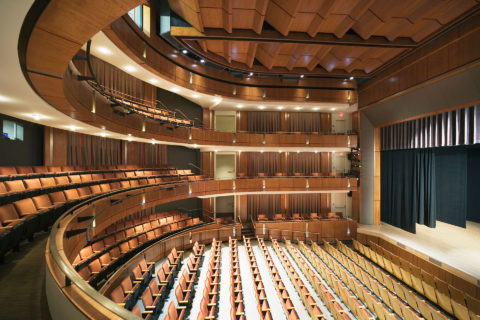 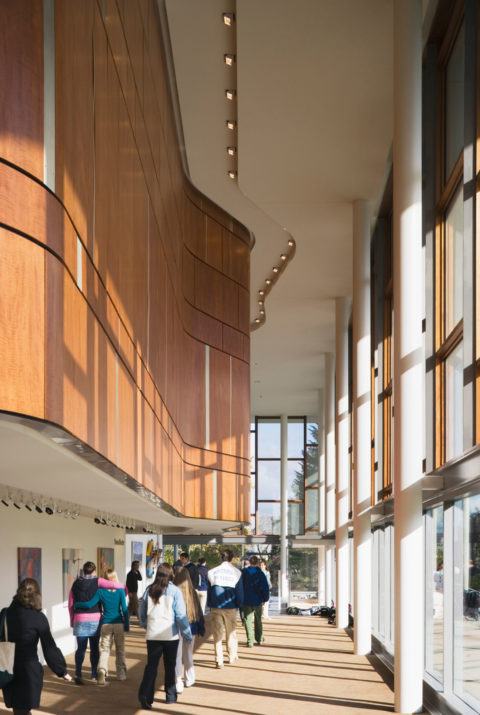 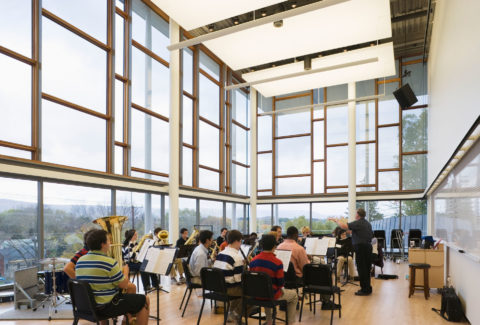 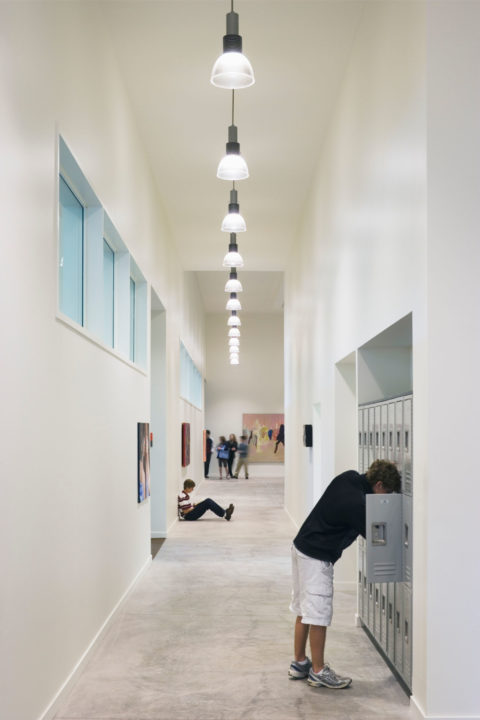 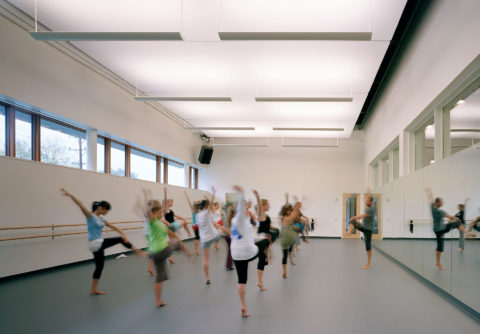 Acoustics and A/V systems with flexible infrastructure are unusually sophisticated, including equipment that is both performance-based and a teaching tool but typically found only in professional venues. 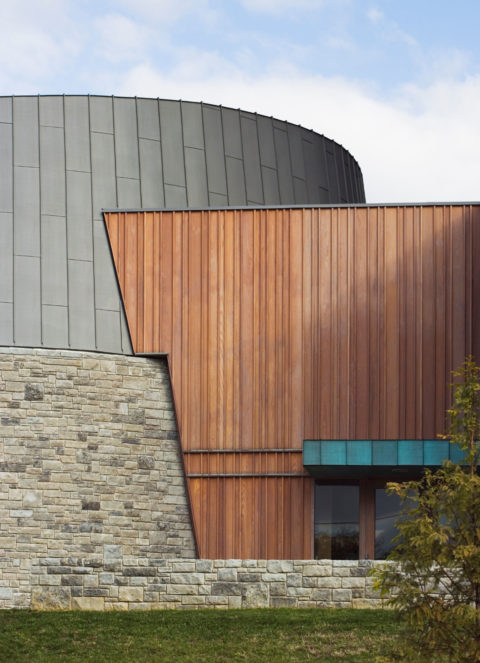 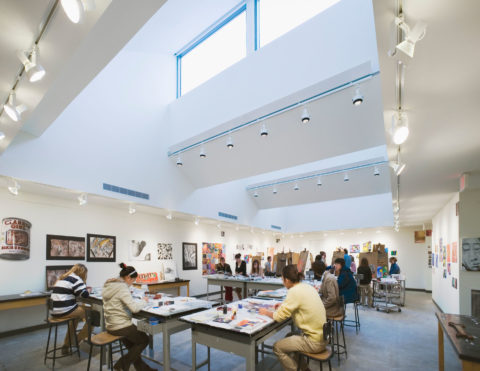 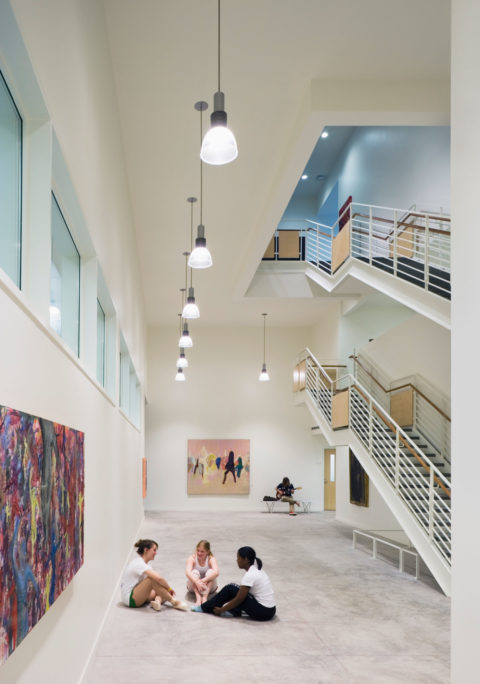 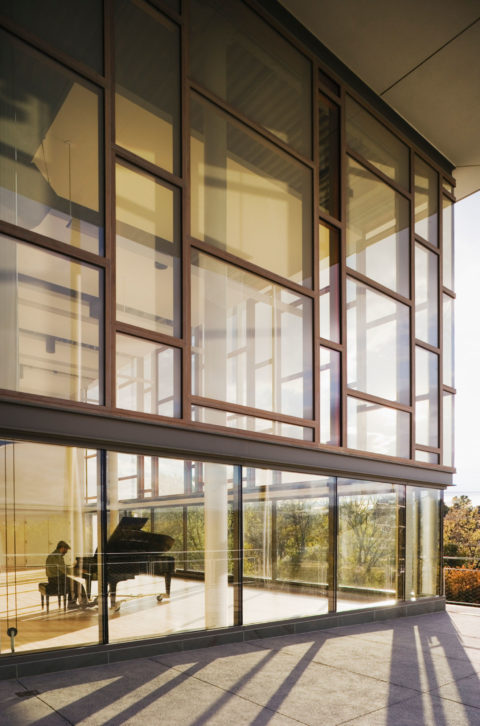 A digital audio recording studio with fiber optic links to each performance space as well as audio and video tie lines to the rehearsal rooms enables theater staff to efficiently produce high-quality archival recordings of performances, student recitals or rehearsals. 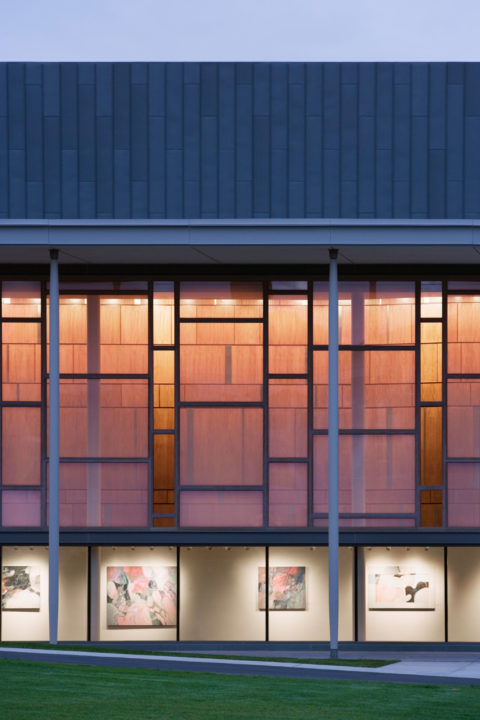 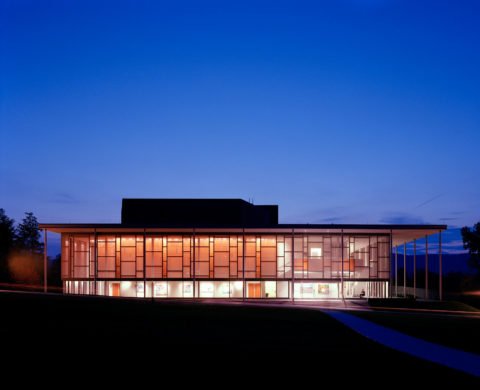 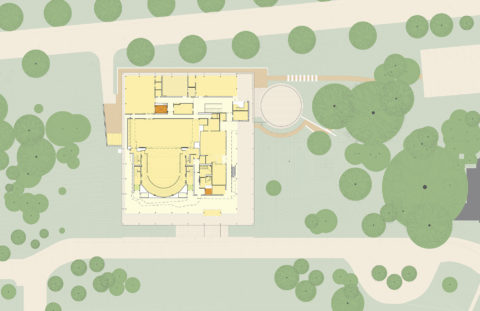 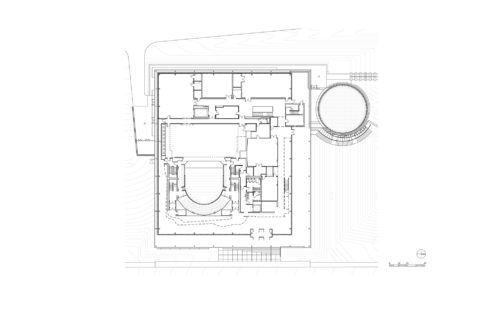 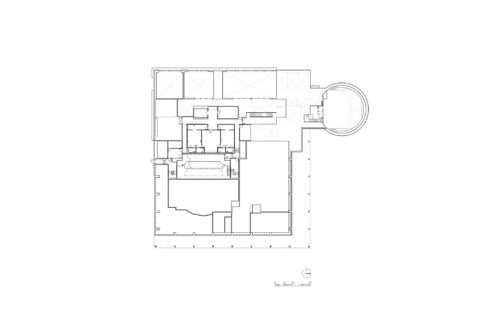 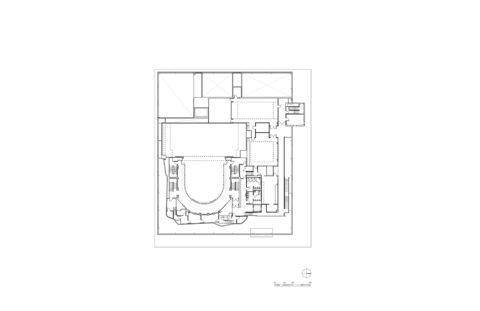 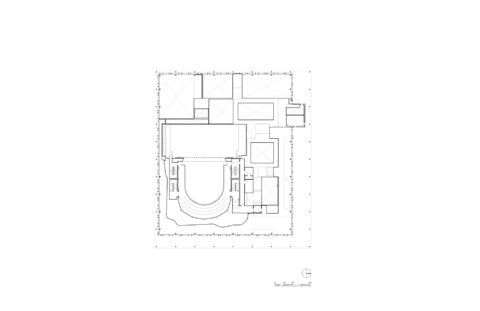 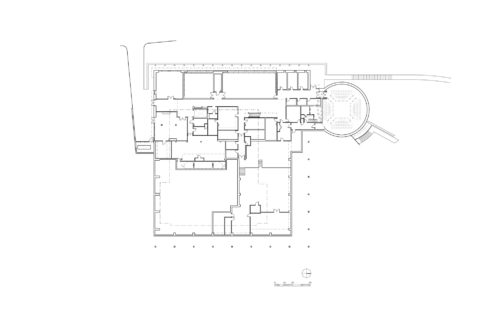 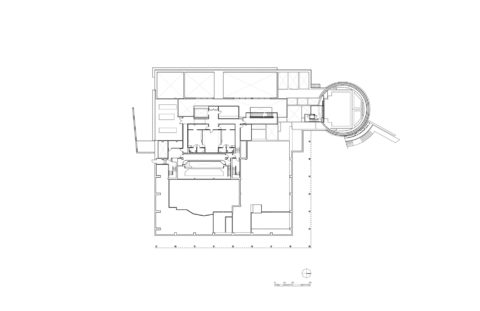 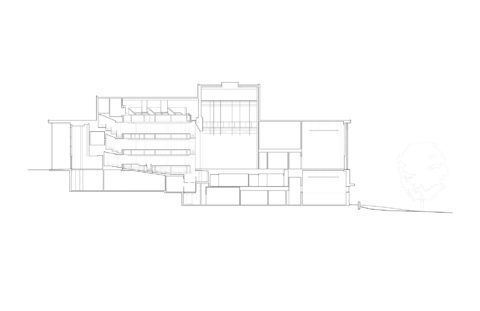 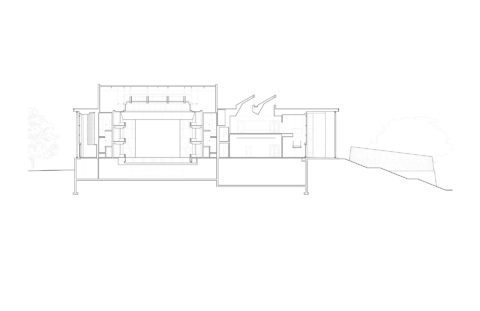