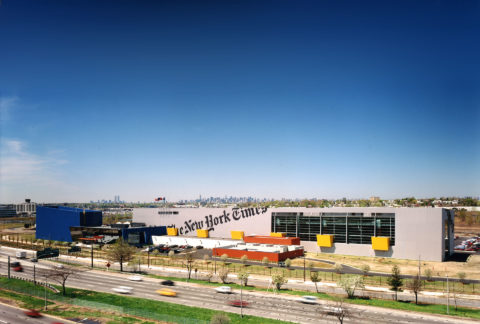 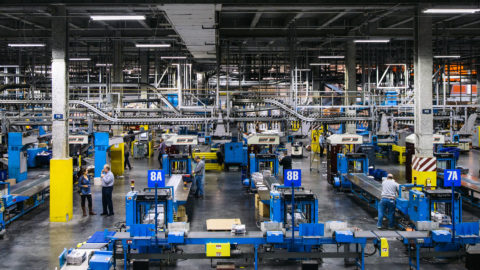 Expanses of glass expose the inner workings of the plant. Views of the presses and papers threading through the building harken back to the paper’s original facility in Brooklyn where the public could view the complete printing, collating and folding operations.

The site is in a bleak industrial area adjacent to a major six-lane expressway and an airport; the new building is highly visible to thousands of passing motorists and air travelers each day – a palette of intensely saturated colors reinforcing the massing strategy and enlivening the long highway façade. 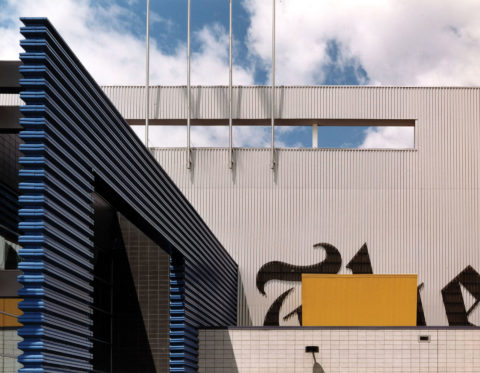 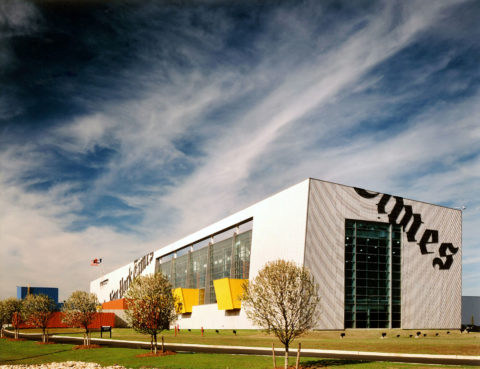 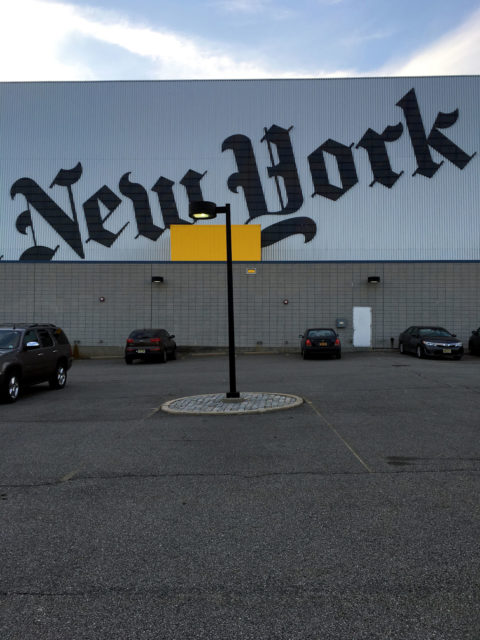 The New York Times Printing Plant stands out as a bold and confident new landmark...the result is an arresting animated building-as-billboard that both affirms and dramatizes its function on the edge of the expressway. 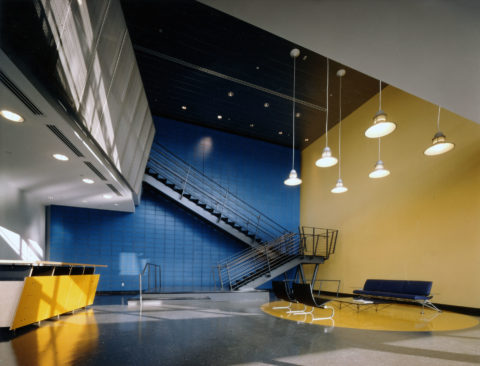 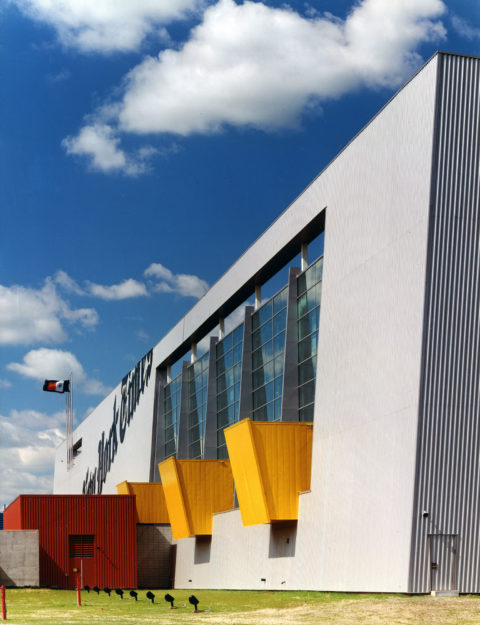 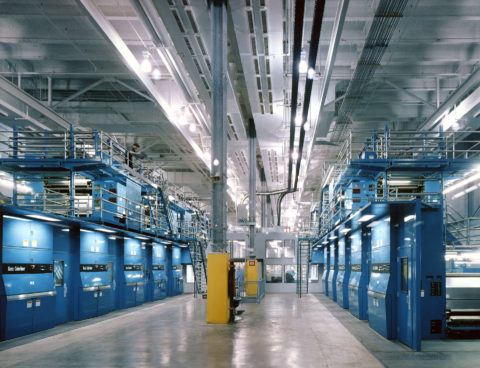 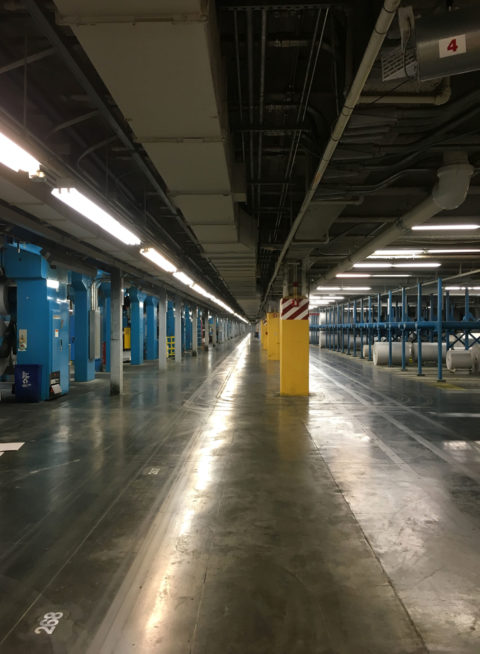 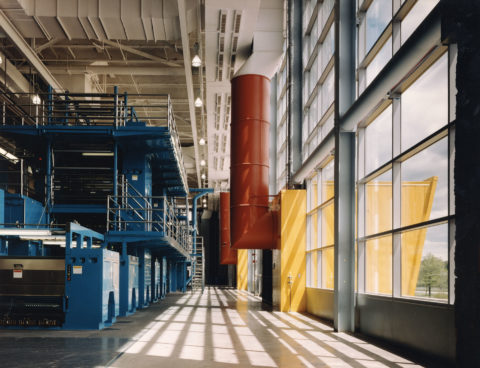 The result of an intense collaboration among the client, the design architect, engineering firms and the construction manager, the design recomposes the typical industrial shed into a series of dynamic building forms, whose volumes are distilled from and dramatize the printing process.

Defined by the machinery within, distinct volumes, which express the paper storage, printing, sorting and distribution elements of the program, are arranged to maximize efficiency of operation, organize the vast site and optimize views from the outside to the printing presses within. 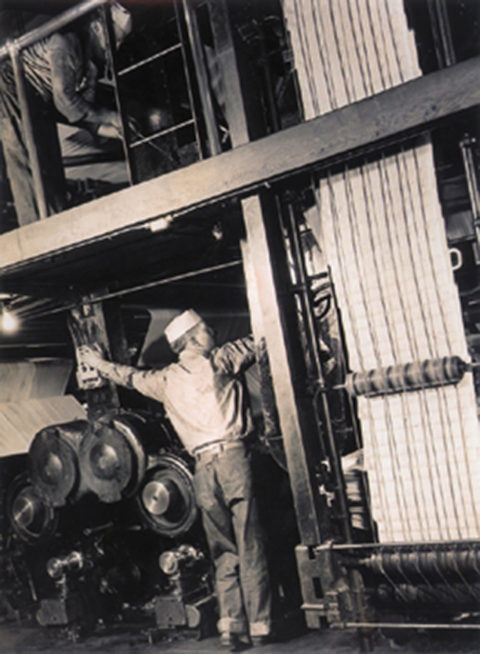 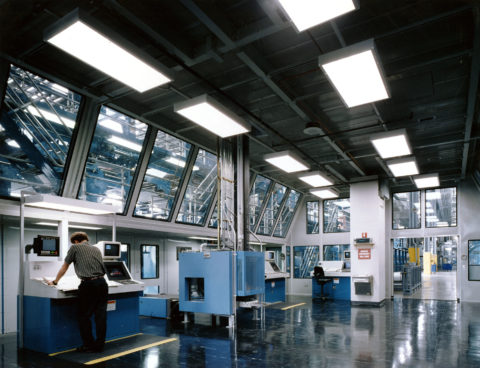 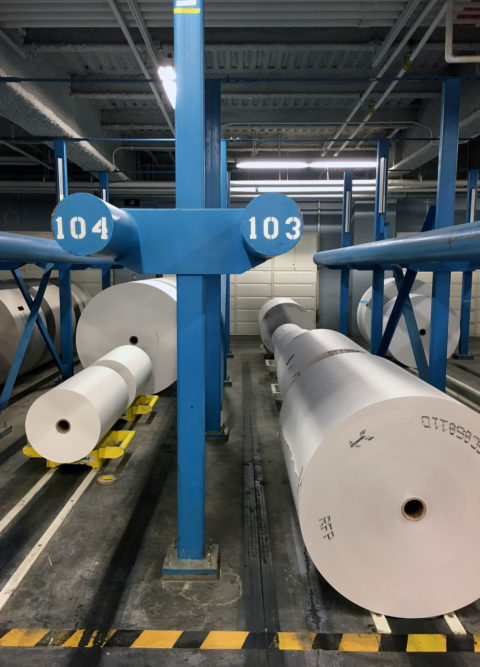 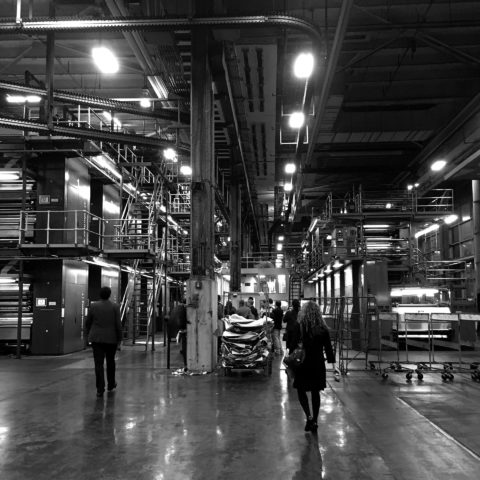 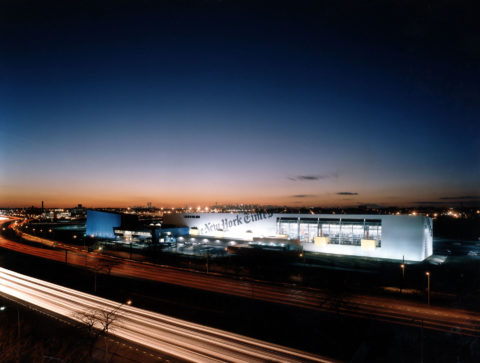