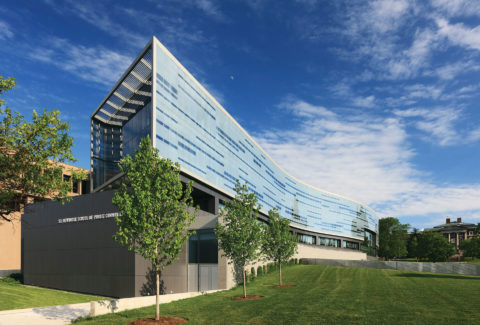 In its strategic organization, Newhouse III encourages the breakdown of traditional media siloes to foster interdisciplinary interaction and collaboration. The building announces the contemporary ambitions of this prestigious school of communications and architecturally completes the unrealized campus design ambitions of previous projects. 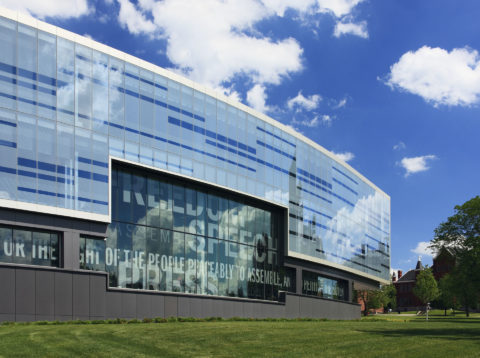 Newhouse III had to affect the culture of the institution, fundamentally changing and challenging traditional departmental identities, and create an environment where transference of content is celebrated and encouraged.

The building boldly marks a gateway to campus and repairs a jagged campus edge. It joins two pre-existing buildings to complete the campus-within-a-campus for the Newhouse School and, for the first time, creates spaces to support a clearer sense of community in the School. 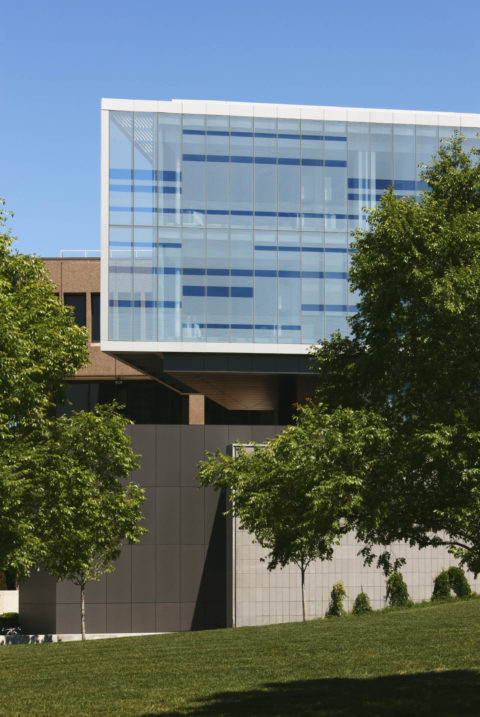 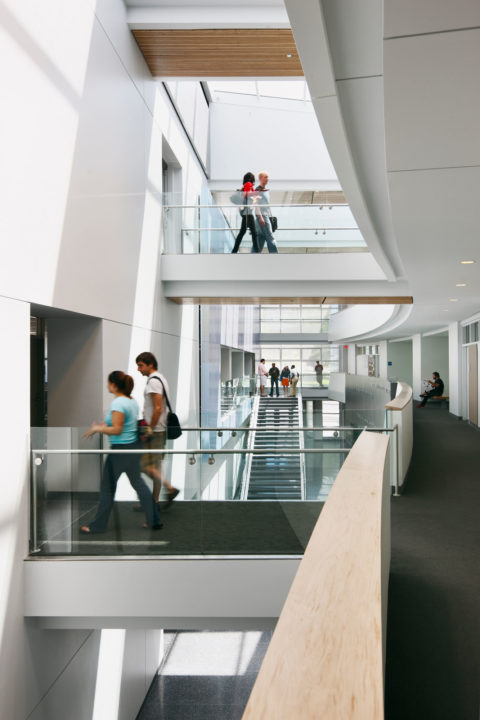 In materiality, color, and proportions, the building responds both to its historic context. The building’s three-story atrium is the new social and communal heart of the school. Illuminated with natural light from four 18x18-foot canted skylights and from full-height glass curtainwalls in the north and south, the atrium opens to surrounding classrooms, lounges, and research spaces on three levels and is intersected by several pedestrian bridges.

On the west side of the atrium, faculty offices, student services and research spaces are housed in the curvilinear glass “ribbon” that runs along the 280-foot length of the building. The sinuous façade is an iconic and dramatic form; its gossamer-like glass skin changes dramatically in response to various atmospheric conditions and fills the interiors with light, a metaphor for accessibility and openness. 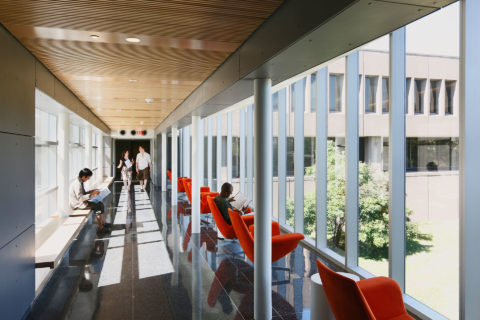 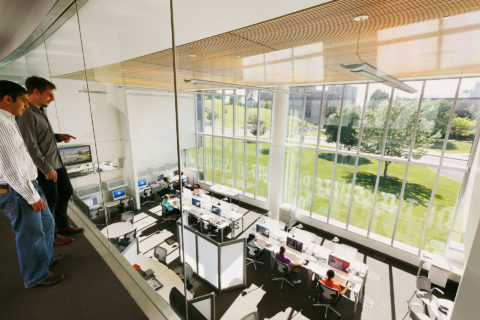 Punctuating this curve is a two-story, high-tech, multimedia news room. Here, and along the rest of the west façade’s second floor, the glass curtain wall contains a PVC interlayer mural (visible only from the exterior) inscribed with the First Amendment.

On the east side of the atrium, student lounges, meeting rooms and classrooms are located in a rectilinear bar form, which also houses the mechanical and circulation core, connecting the building to Newhouse I and II on all floors. 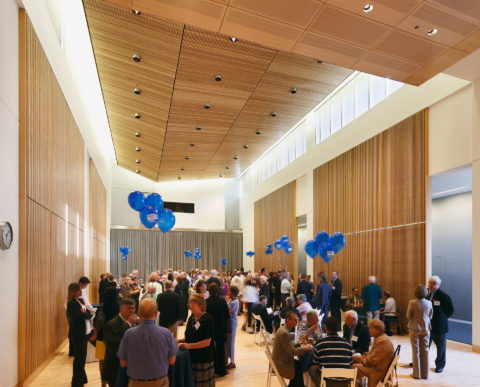 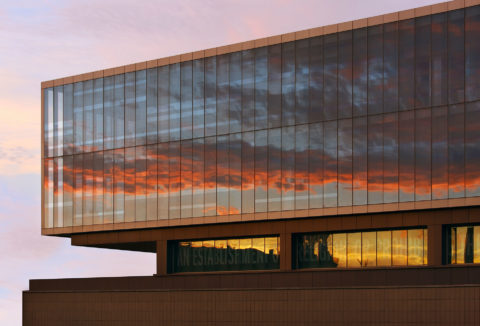 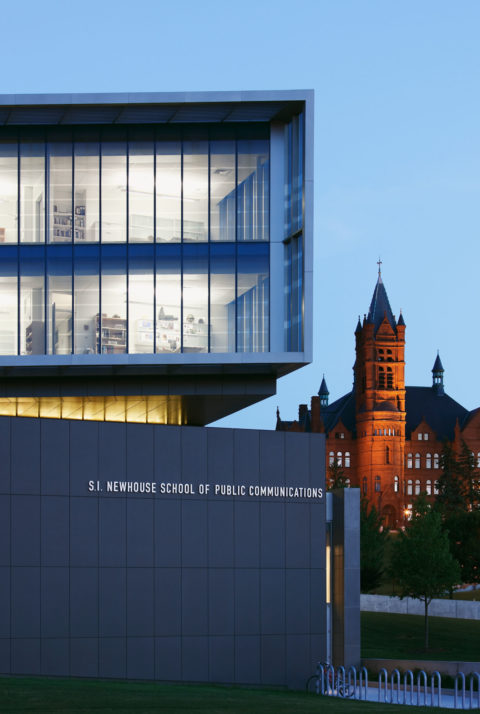 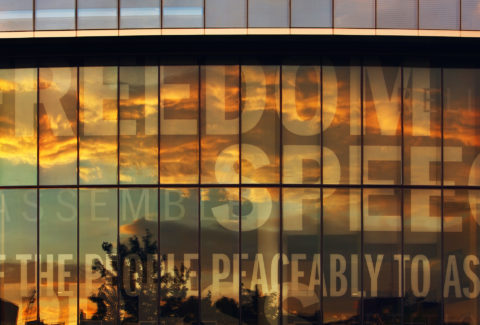 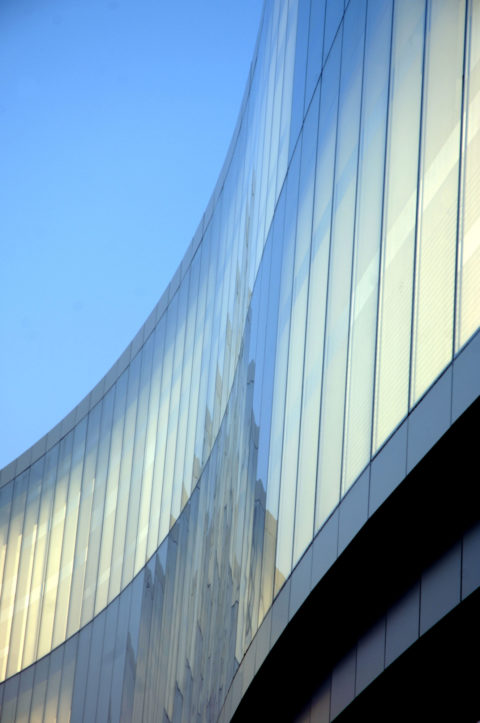 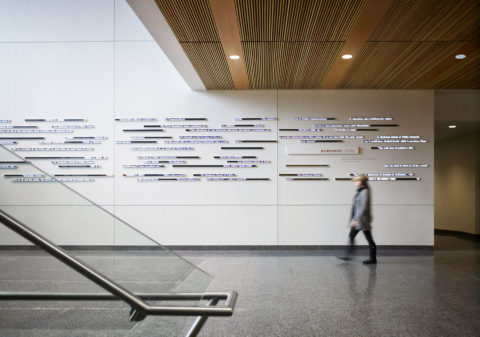 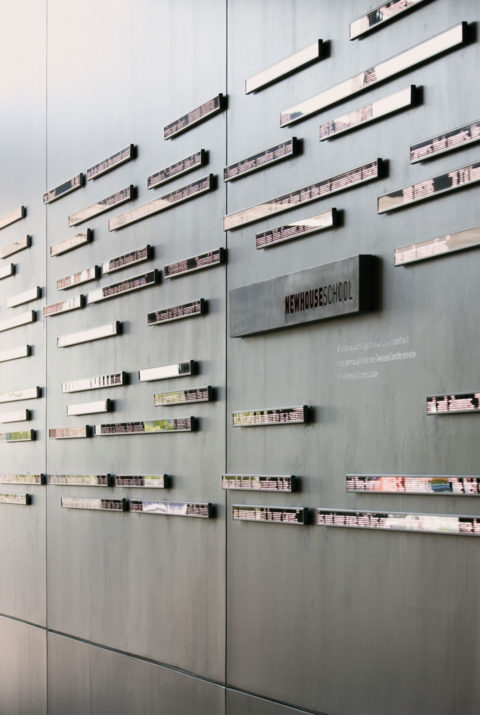 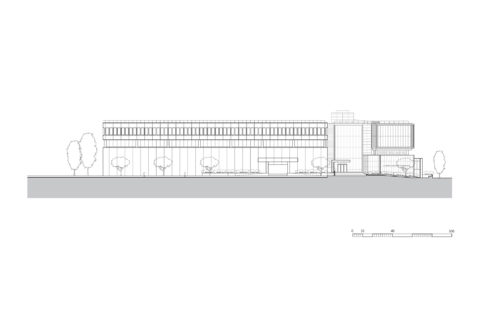 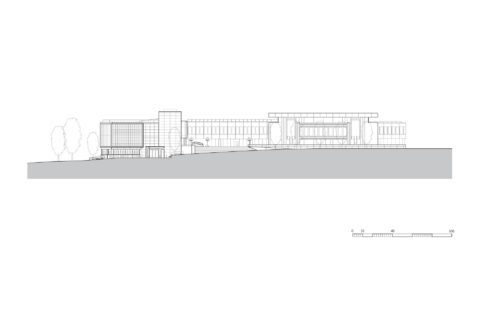 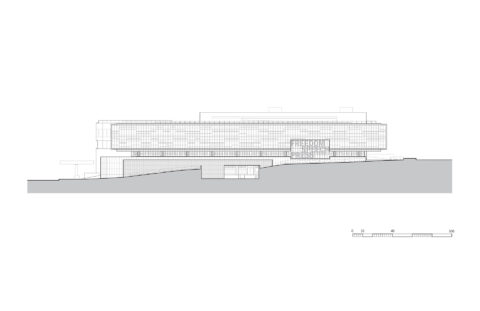 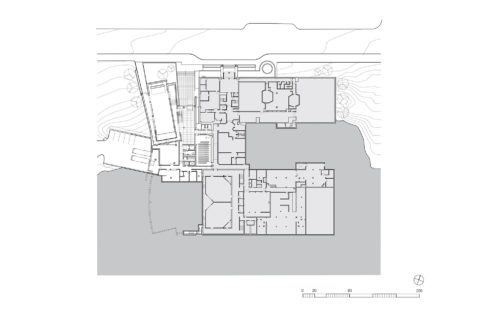 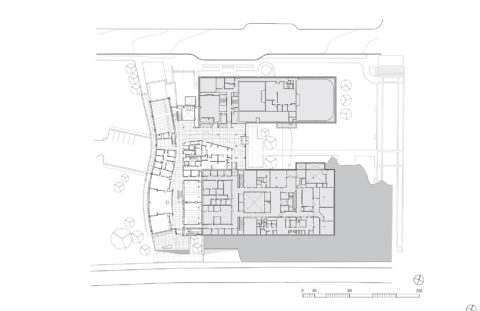 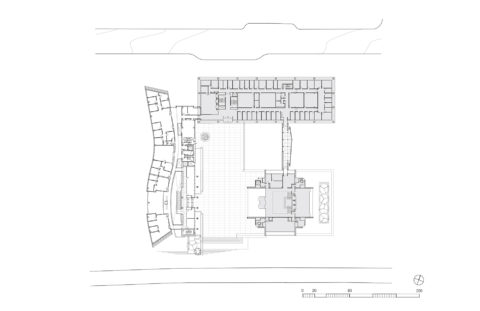 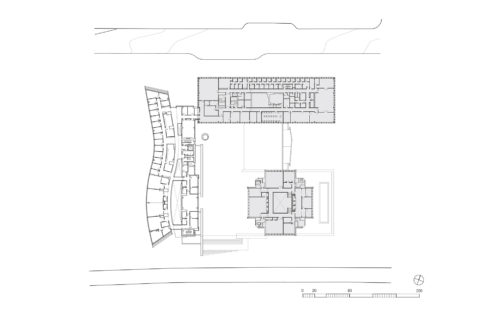 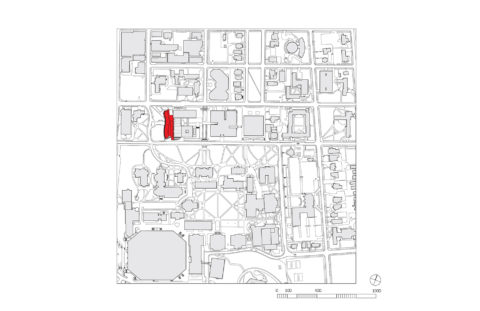 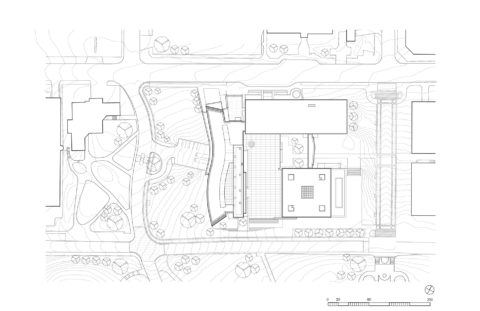 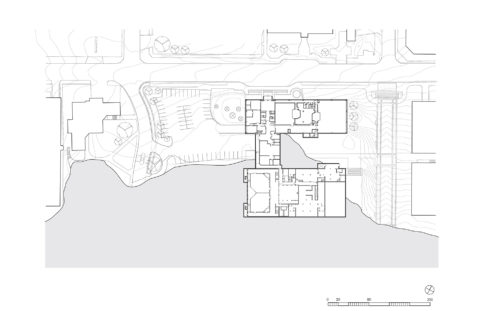 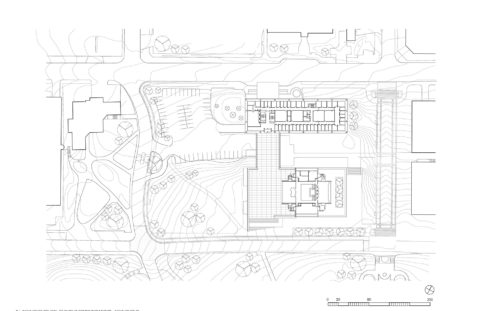 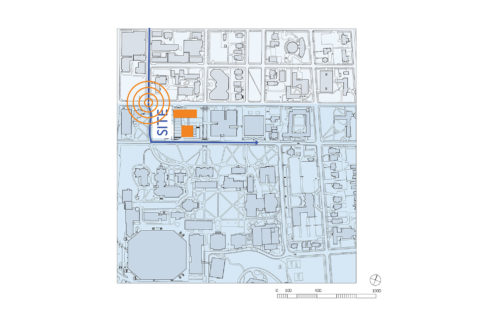 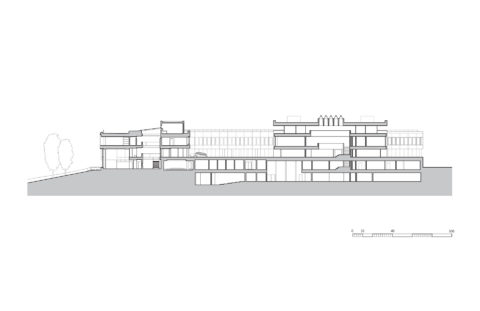 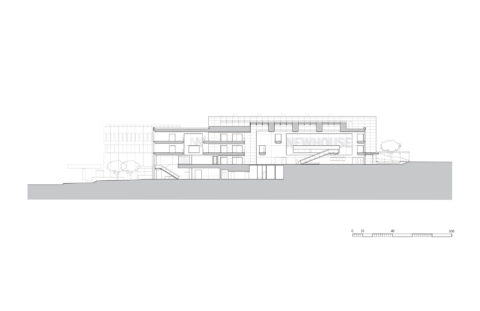 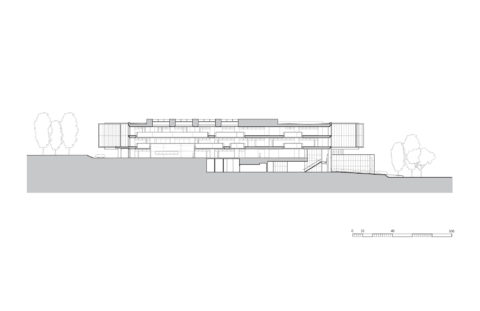