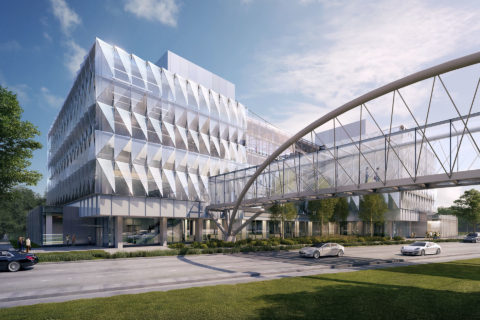 The design for the Knight Campus for Accelerating Scientific Impact reflects and enhances the university’s forward-thinking mission, establishing an iconic identity for the new endeavor meant to inspire the next generation of innovators.

We set out to design a campus around the very interdisciplinary ideals that have helped drive the University of Oregon’s success. This design beautifully illustrates that identity by not only reflecting the university’s past, but by illuminating a future of inspiring science. 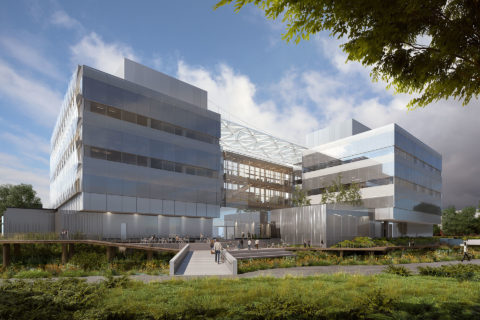 The design features two L-shaped towers that face each other to cradle an elevated terrace and courtyard and are joined above by a transparent connector. On the southern façade, a skin of folded glass panels emulates water cascading over rock formations and provides shading for the building’s interior. The northern sides of the two towers, which fold into the courtyard and terrace, embrace simplicity in an unadorned glass curtain wall system that reveals the building structure and emphasizes transparency. 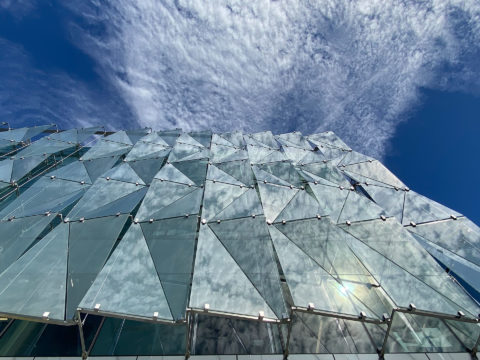 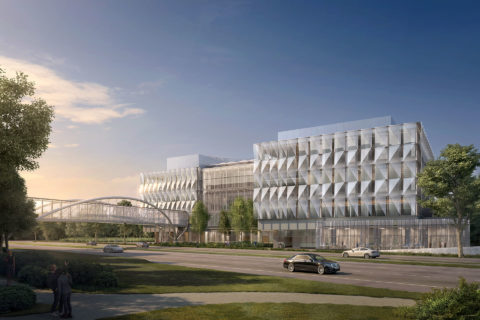 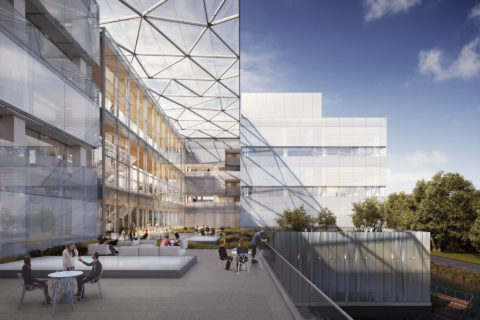 The exterior terrace is protected from rainfall by a lightweight, translucent canopy whose pattern hints at the triangulated cascading façade. At the ground floor level, glass storefronts under deep overhangs invite passers-by to approach, while at each of the main entry points, embossed stainless steel walls reflect light from adjacent water features, referencing the nearby Willamette River.

On each floor there are four research neighborhoods organized around a central courtyard. Double height research floors allow for a floating faculty office mezzanine, offering an opportunity for greater interdisciplinary exchange. The building program is intended to be hyper-flexible and will include innovation spaces, collaborative spaces, core labs, research labs and work areas. 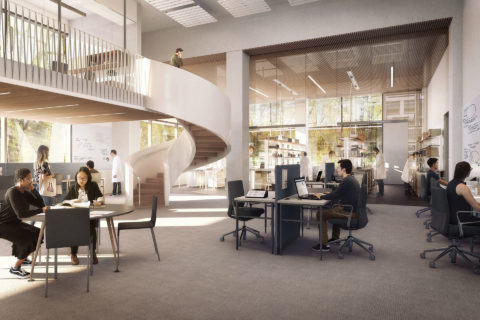 Central to the Knight Campus design is an enclosed pedestrian bridge, connecting the core campus to the new district. An arched butterfly design, the bridge is a self-supporting spanning element that is simple, light and symmetrical. It features two splayed arches springing from a common support point on each side of the boulevard and uses tension cables to support the bridge enclosure at its floor structure. 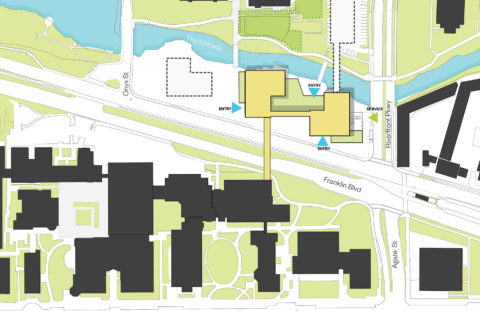