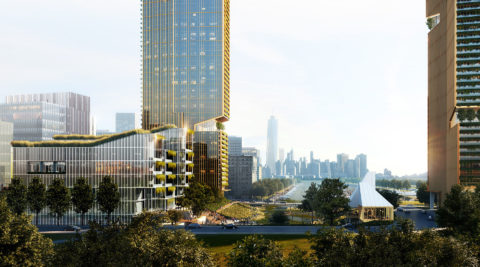 Ennead is excited to share the plans for The Cove, Jersey City.

Learn more about the project and view coverage of the unveiling here: