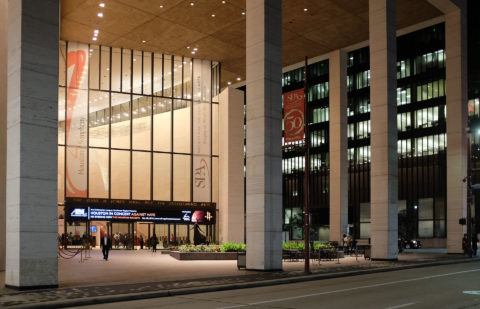 The Houston Chronicle published a feature on the renovation and expansion of Jones Hall, a cherished mid-century modern landmark, and spoke with Ennead Principal and Project Designer Stephen P-D Chu, who explains the goal of Ennead’s work on the project, saying, “Jones Hall needs to remain a vital state-of-the-art performing arts hub for downtown Houston. But it has to be current. We need to push how this building can be more welcoming to performers and patrons.”