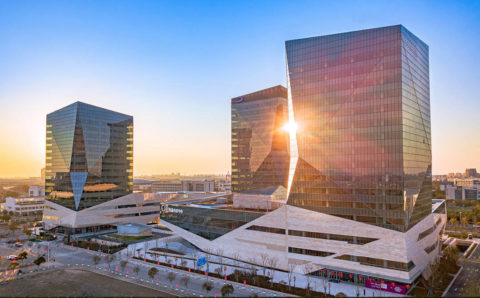 Concurrent with the third anniversary of the Shanghai technology hub Lingang Special Area, the development’s anchor project, designed by Ennead, has been in the news. The Lingang Science and Technology City “Innovation Crystal” fosters collaboration through the creation of highly-connected work environments that promote interaction, culminate in a network of scattered nodes, and include a central platform of shared program and technology infrastructure.

The building’s impact has been recently featured in the Shanghai Observer, Shanghai Morning Post, Designwire, e-architect, and ArchDaily China.