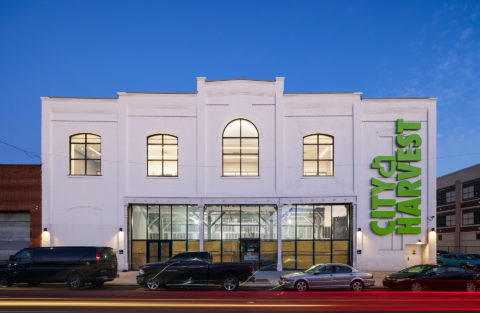 An existing turn-of-the-century wood-framed warehouse is renovated for City Harvest, the world's first and largest food rescue organization. The transformative intervention co-locates the administrative arm of the organization with their warehouse and food distribution facilities to streamline workflow and build a stronger culture and community within the institution. 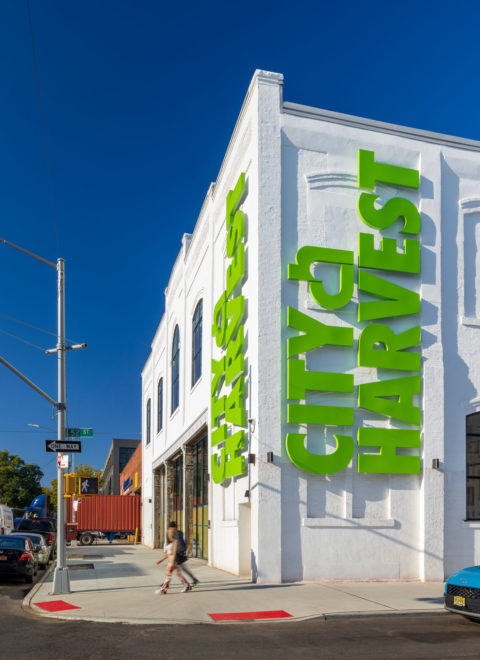 "Ennead transformed a beautiful historic warehouse into an environmentally responsible state-of-the-art workplace. As we see it, the most sustainable building is the one that is already there, so our design approach was informed by the existing potential already within this building, which we revitalized and filled with daylight to create an open and welcoming environment for all.” 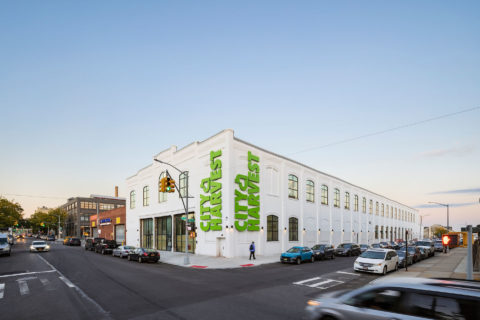 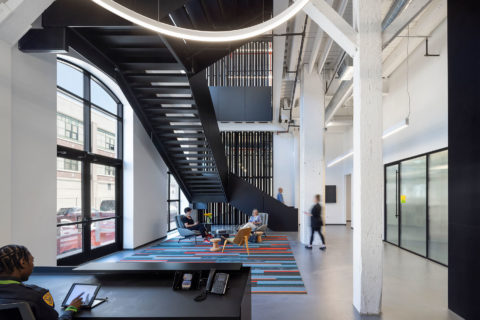 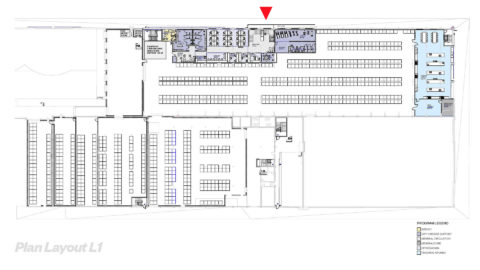 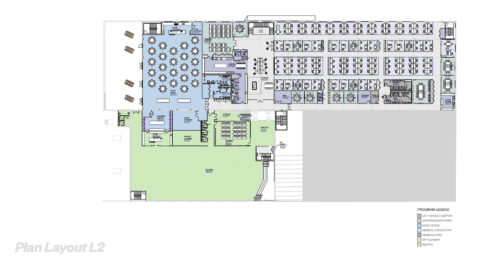 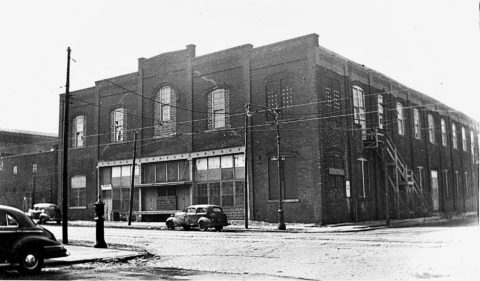 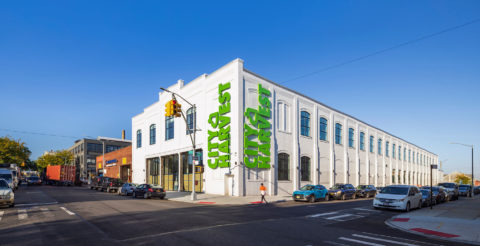 The existing architectural elements of the warehouse, which was originally used as a temporary repair shop for Brooklyn Rapid Transit trains from 1890 – 1916, are reorganized and rationalized for City Harvest. The design exposes and celebrates the historic structural and masonry elements of the building, including the restoration of the expansive ceiling height and original clerestory daylighting system. 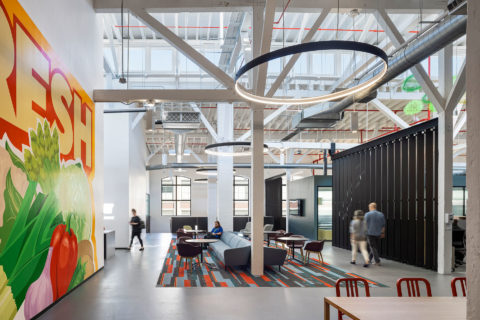 Ennead transformed the building’s interior into a light filled, flexible and efficient workplace, adding accessible entries and exterior canopies and restoring and enhancing the original daylighting system — especially the clerestories, which had long since been covered over. Honoring the structural and masonry elements and expansive ceiling height of the building, the design juxtaposes contemporary architecture with the original industrial interior, using bold color and graphics systems throughout the space.

Ennead calibrated the office modules and layout in accordance with the unusual original structural system of branching wooden columns that resemble trees, further drawing attention to the historical nature of the wood-framed warehouse, while introducing new interventions like the steel staircase and screens that define various zones of the building. 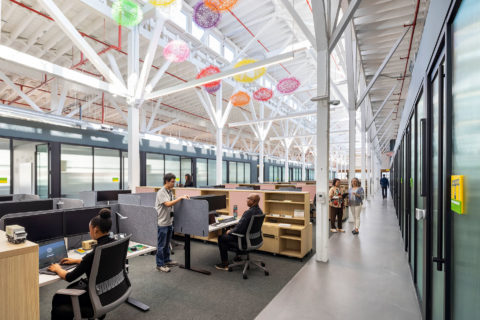 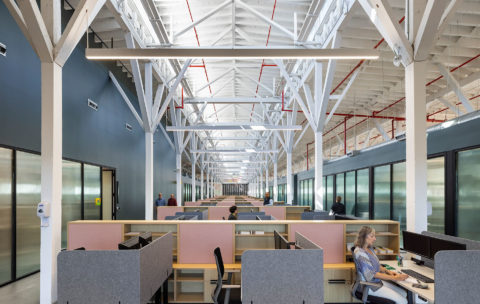 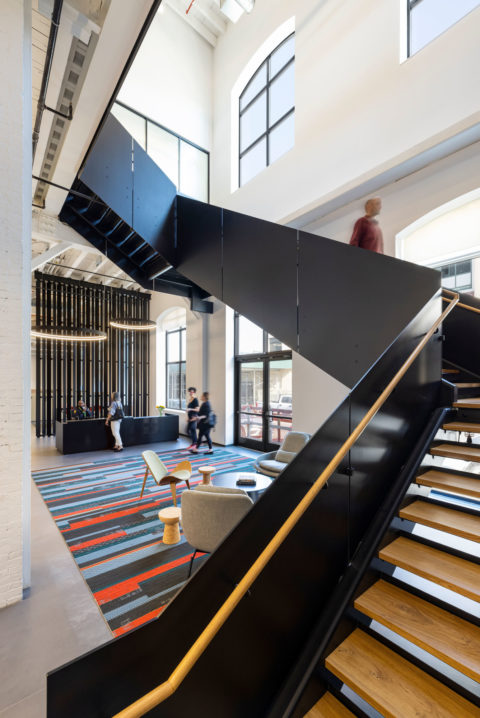 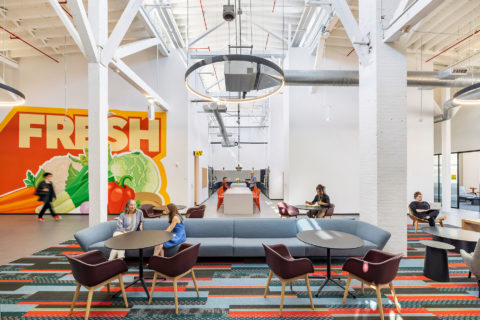 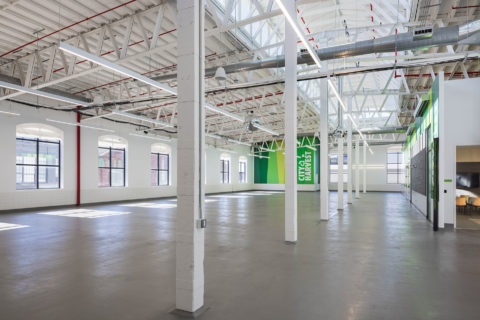 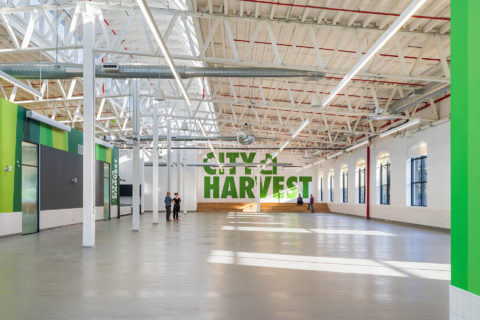 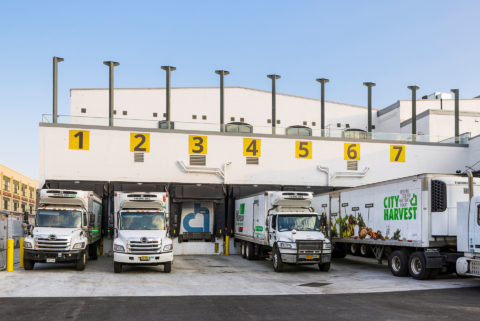 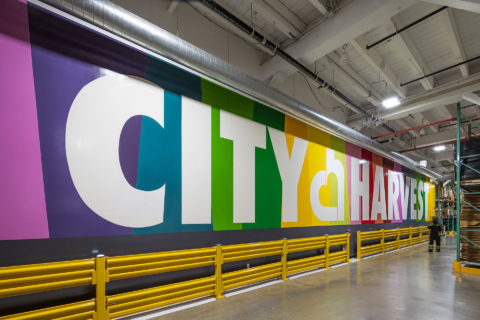 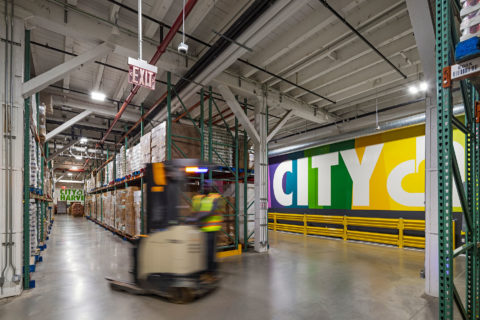 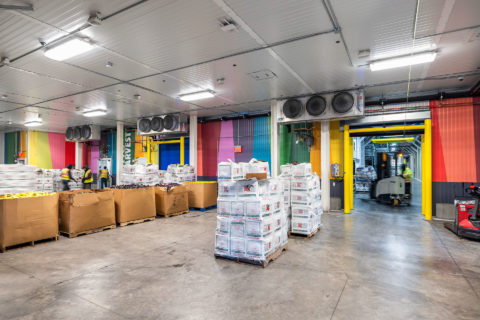 "Reclaiming a 19th century building and bringing it to LEED Gold in service of an organization that accomplishes so much good is a testament to how good design can contribute to society." 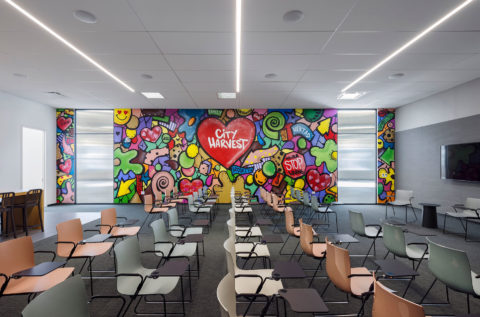 City Harvest has a strong connection to sustainability through their rescue and distribution of millions of pounds of nutritious food that would otherwise have gone to waste. From the start, they were interested in an energy efficient building and healthy workplace.

Through Ennead’s design to bring the 19th century structure up to today’s energy standard, the new headquarters will also be LEED Gold certified, featuring many green initiatives including a future rooftop solar array, composting and recycling features throughout the facility, energy-efficient lighting, radiant heating and cooling, and electric charging stations.