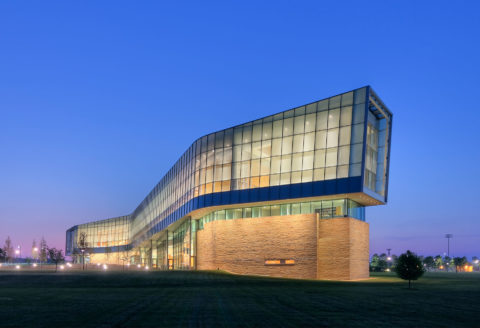 An object in the landscape, its two ends oriented toward distinct contexts, the Katz Building is the first academic building at the north edge of the University Park campus. The building establishes a gateway to the University and a prominent identity for the new law school as an inspiring and progressive provider of legal education. 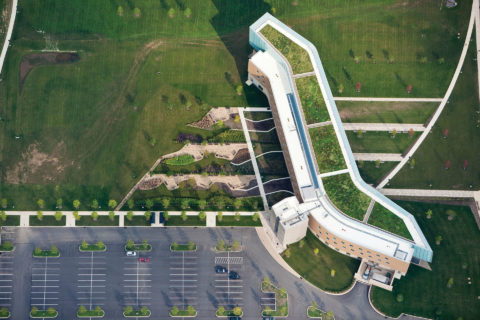 The goal is to facilitate interchange by designing spaces that promote gathering and communication, social and academic. The design acknowledges the library as the theoretical and physical heart of the legal educational experience, the center in which students spend much of their time.

Conceived as a floating volume, the law library is expressed as central to the legal educational experience, sheltering the rest of the School’s program beneath. The ground plane flows unimpeded, linking interior and exterior space and fostering openness and accessibility emblematic of the School’s goals. A broad commons area opens to the landscape and follows its stepping contours. 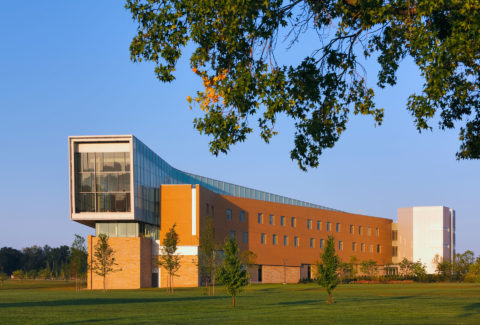 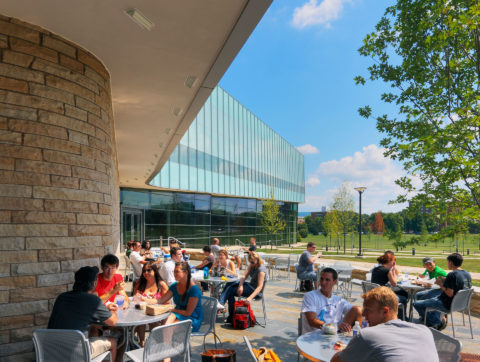 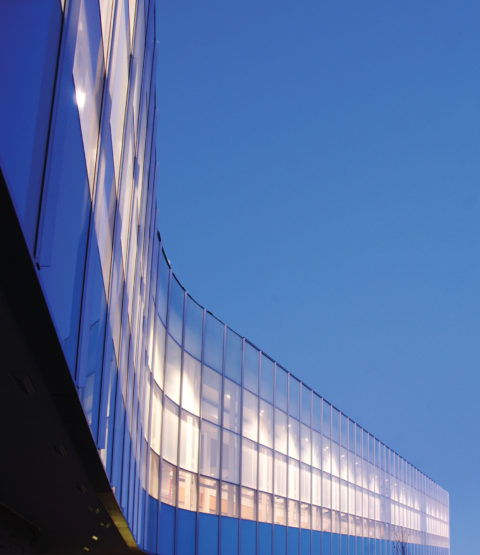 Clad in glass, the curving library volume creates a constantly changing backdrop of reflected sunlight throughout the day and a beacon of light at night. A continuous circulation route unifies the library’s two levels, providing several different types of study environments. 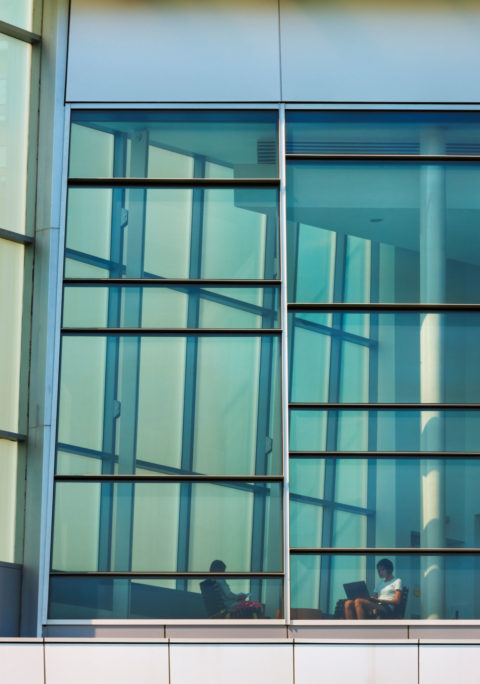 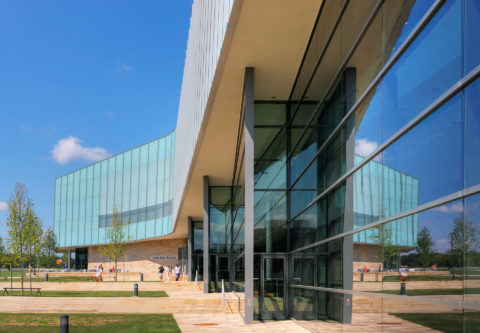 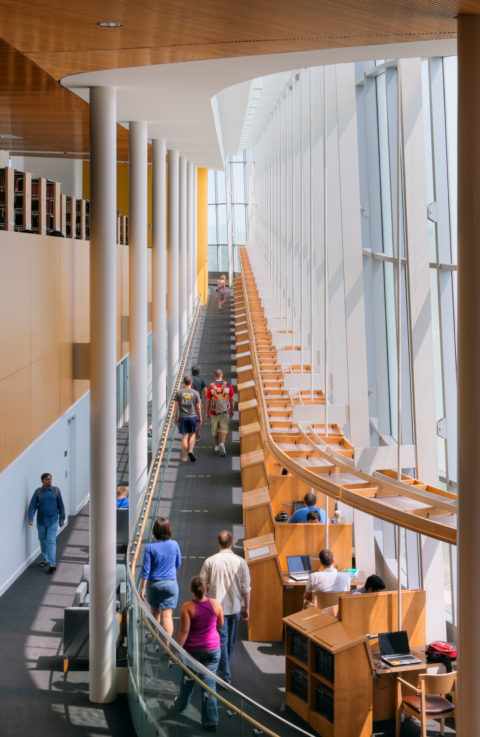 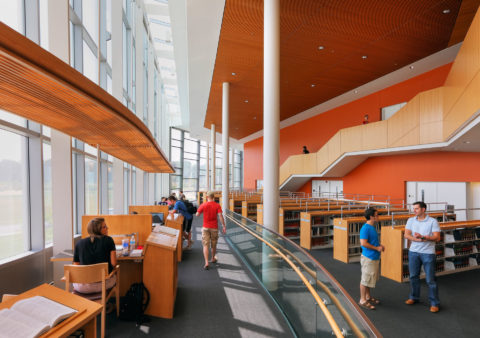 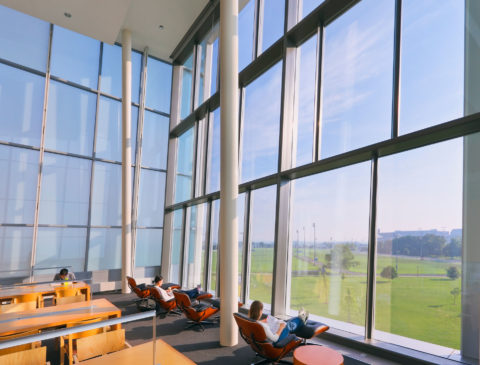 Faculty offices occupy a masonry bar parallel to the library volume, providing professors with direct access to the school’s research collections and fostering interaction between students and faculty. 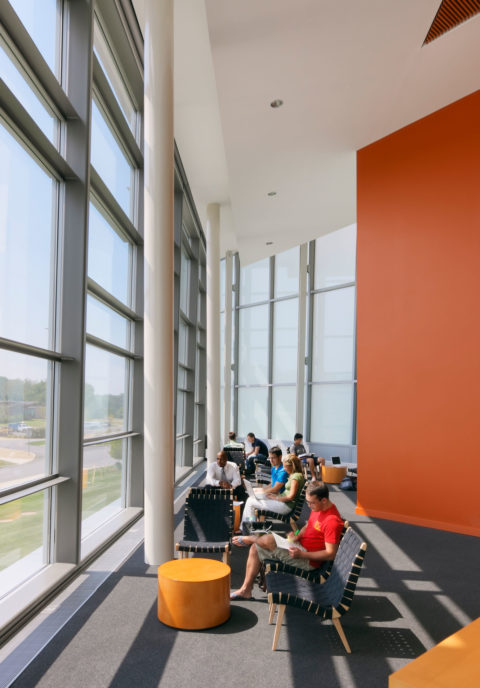 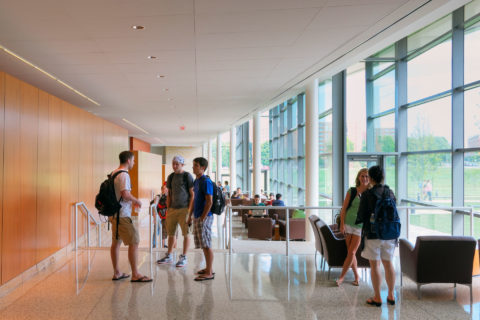 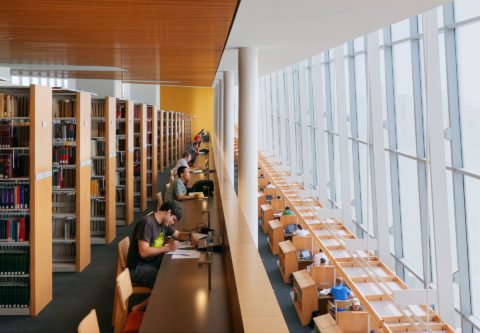 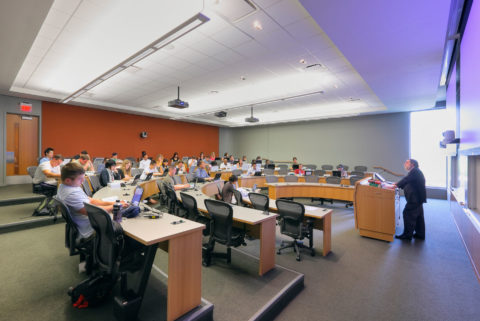 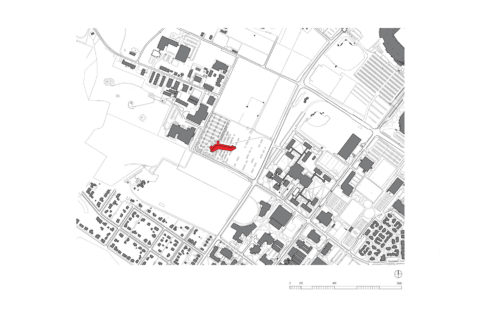 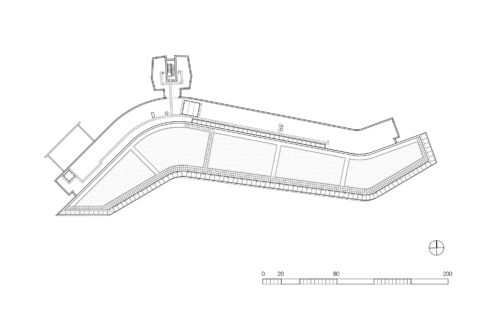 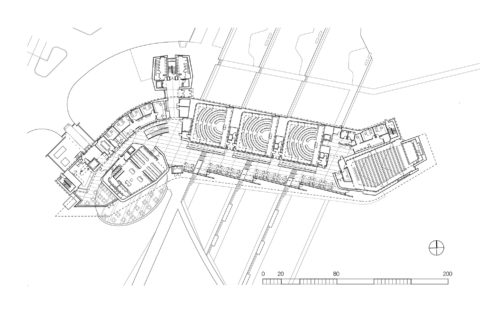 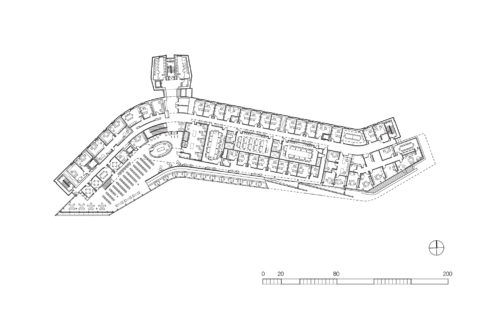 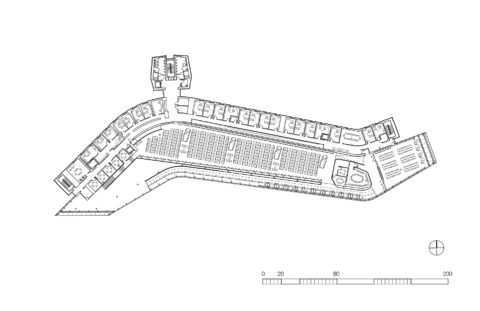 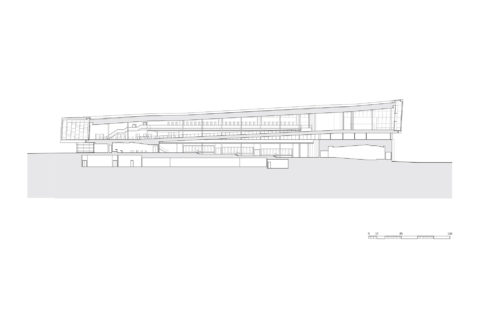 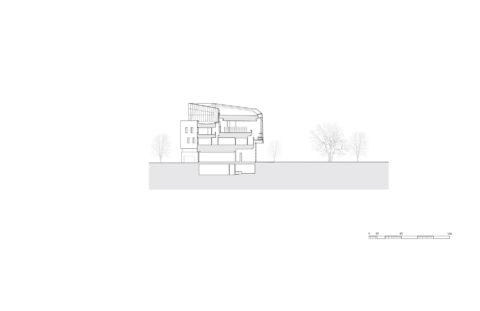 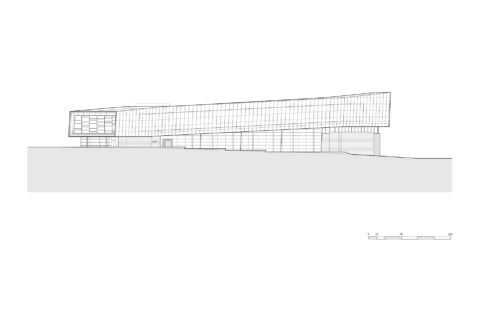 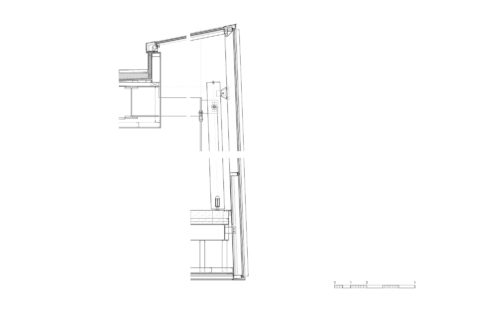 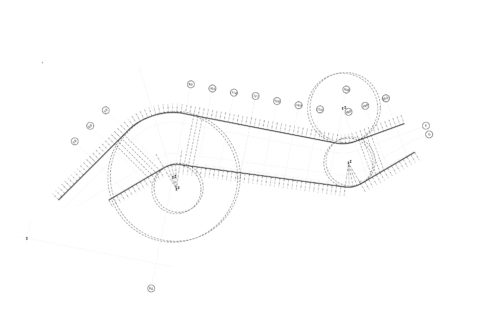 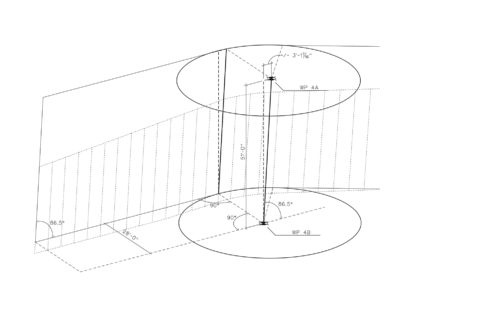 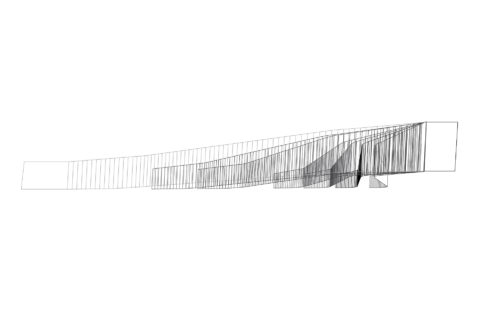 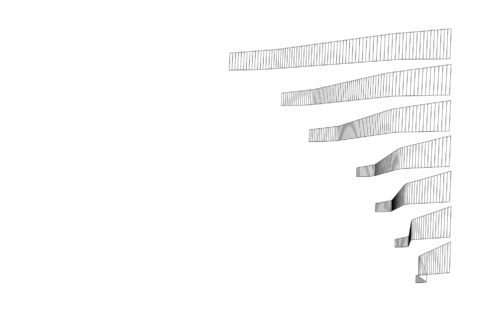 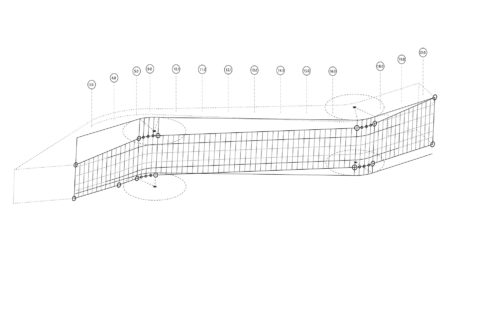 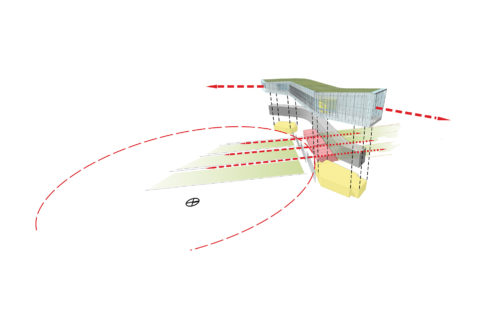 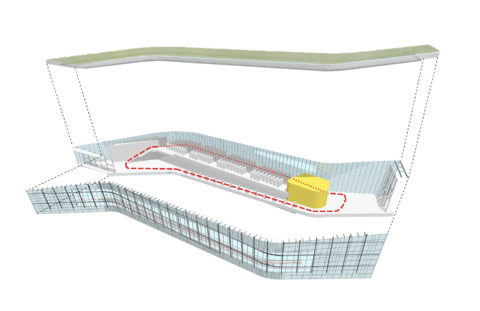