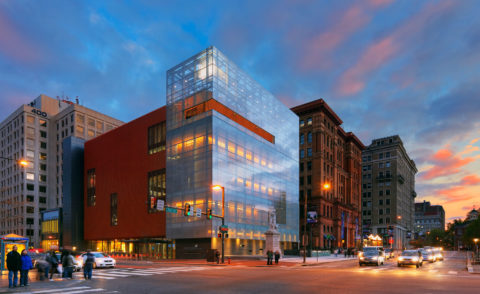 Two interlocking volumes – one opaque and enigmatic and the other translucent and open – define the design concept both architecturally and metaphorically. A reference to the immigrant experience in America, the project’s formal duality evokes unity and harmony without the sacrifice of identity. 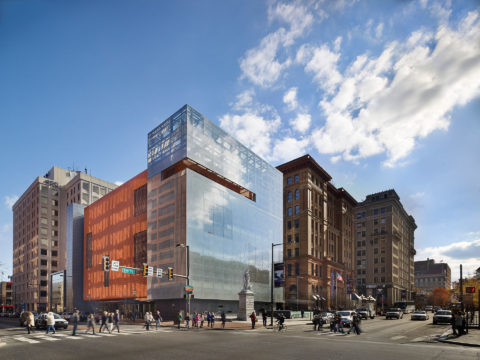 The design for the National Museum of American Jewish History publicly expresses its mission to connect Jews more closely to their heritage and to inspire in people of all backgrounds a greater appreciation for the diversity of the American Jewish experience and the freedoms to which Americans aspire.

Responsive to its prominent site across from Independence Mall, the architectural solution is iconographically appropriate to the historic city fabric as well as publicly expressive of the Museum’s mission. The visual accessibility of the diaphanous glass prism unambiguously conveys a generous welcome to all. 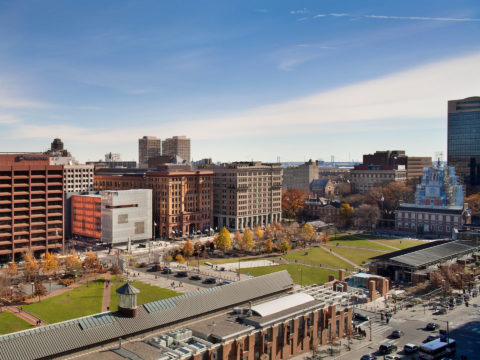 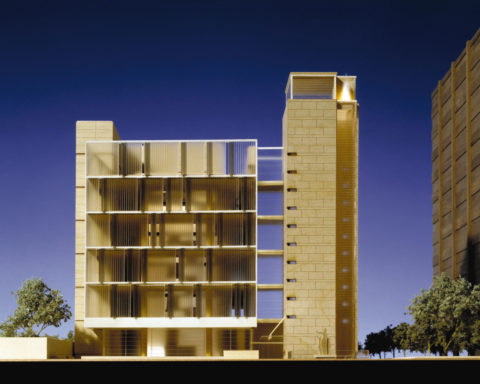 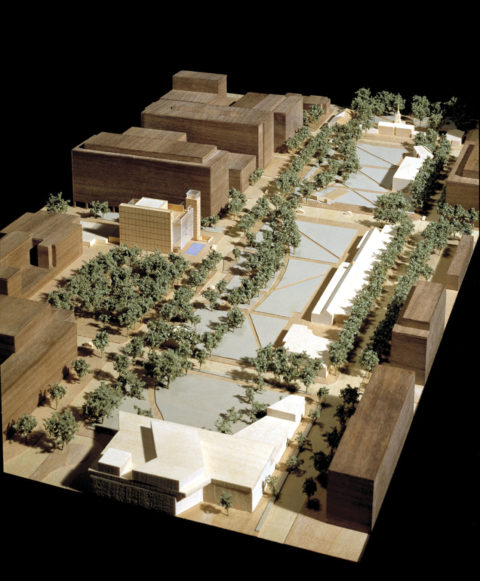 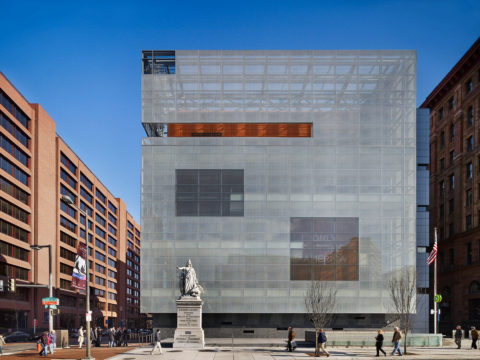 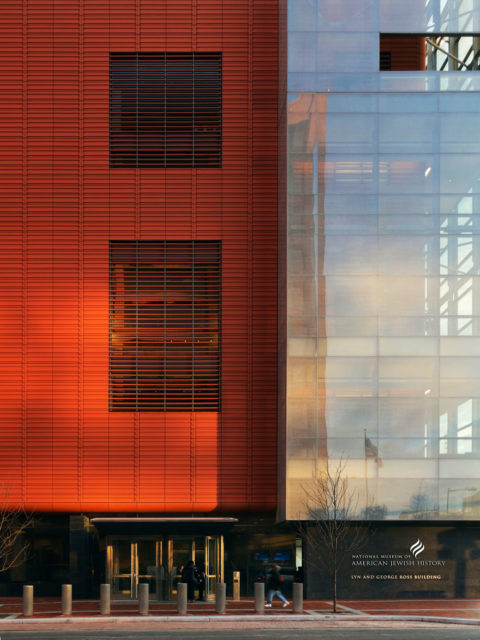 Contrasting with this translucency is an opaque terra cotta-clad form, which complements adjacent historic structures and is a repository for the Museum’s collections and principal exhibition spaces; its solidity is a metaphor for the strength of Jewish survival and the protection of the freedoms that are fundamental to American history. 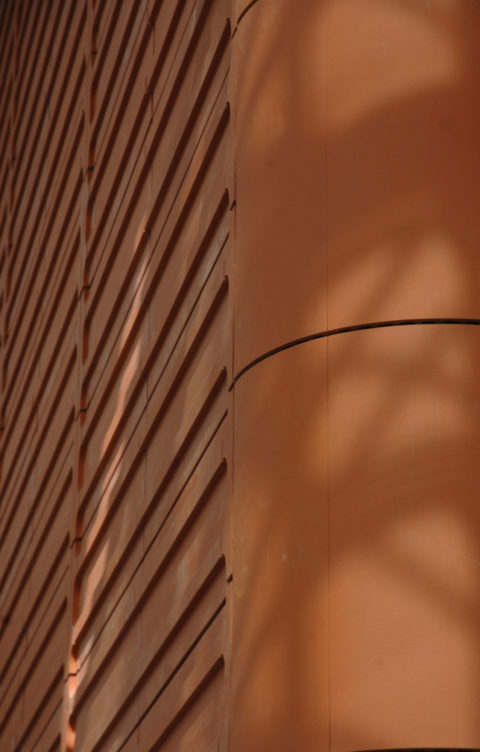 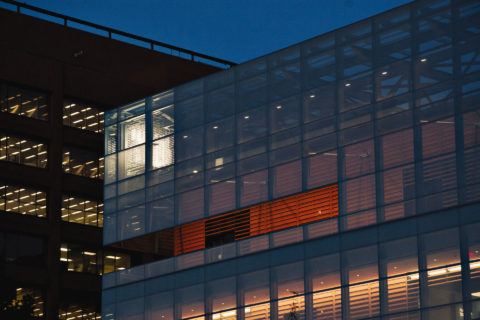 The Museum is arranged on six levels of interactive exhibition space, a changing exhibit gallery, an auditorium and an education center. An eighty-five-foot-high light-filled atrium defines the visitor experience, allowing the museumgoer to readily comprehend the organization of the Museum. 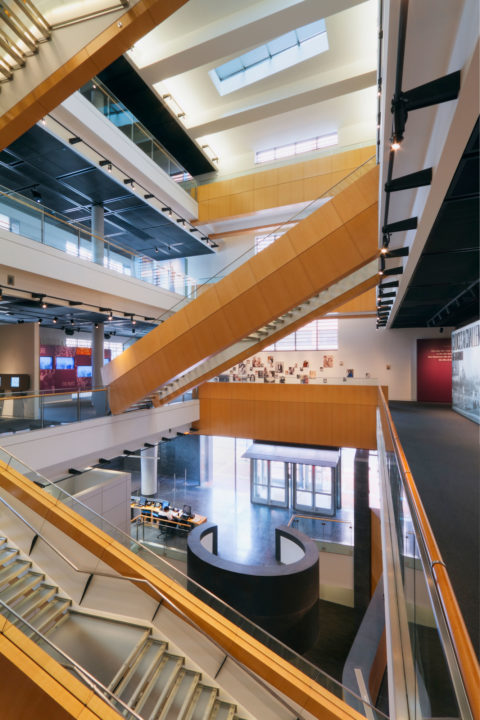 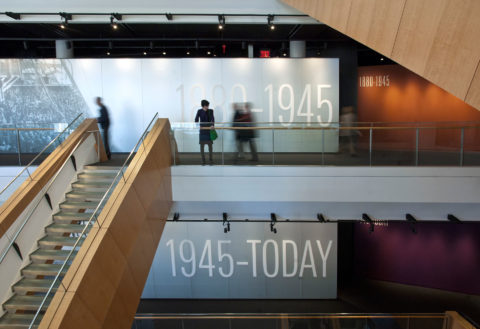 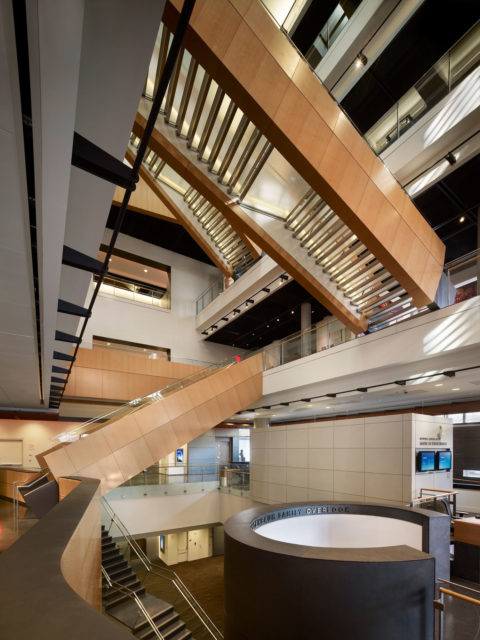 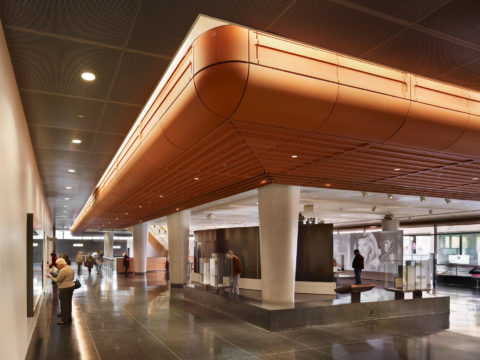 A spatial and thematic link between core exhibit floors, the atrium is flanked by exhibit spaces.  On the west, smaller galleries provide an introduction to each exhibit floor’s topic. At each floor, bridges cross the atrium and connect the introductory galleries to the main galleries. Stairs are the primary connections between the gallery floors.

The museum doesn’t shrink from its high-profile location, with a boldly minimalist palette that still sits sensitively within its historical context. 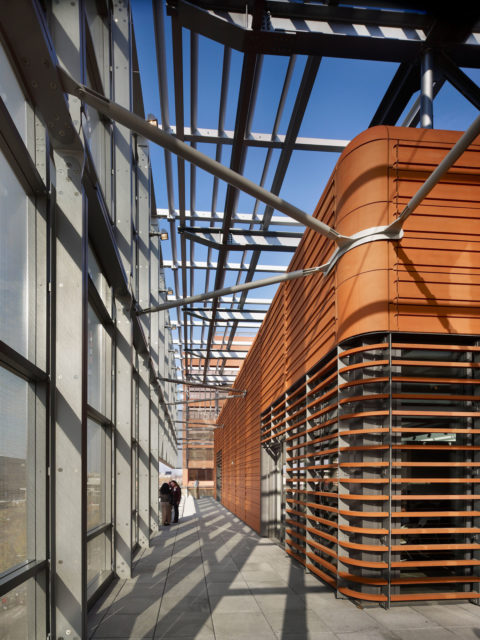 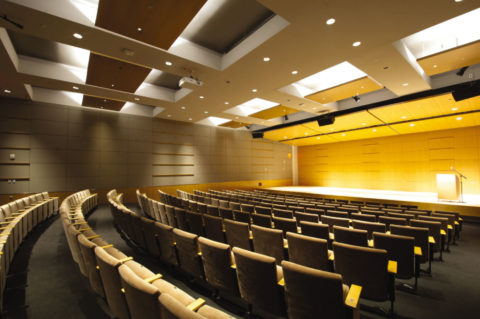 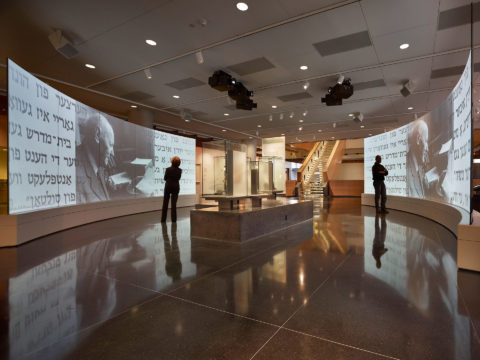 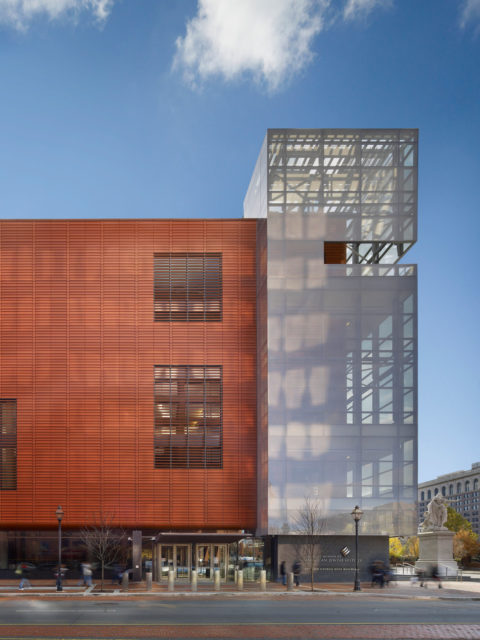 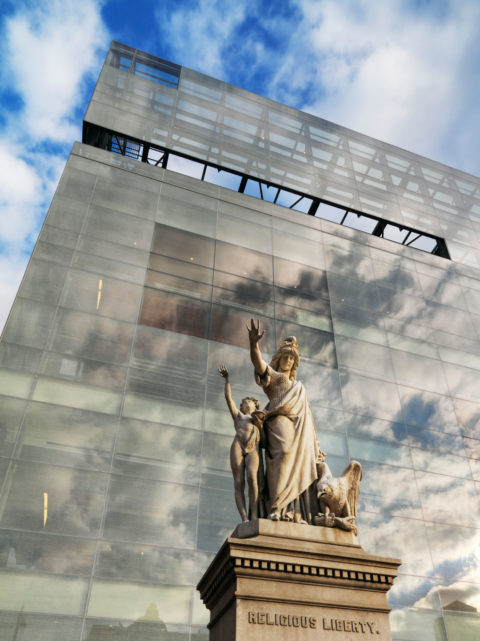 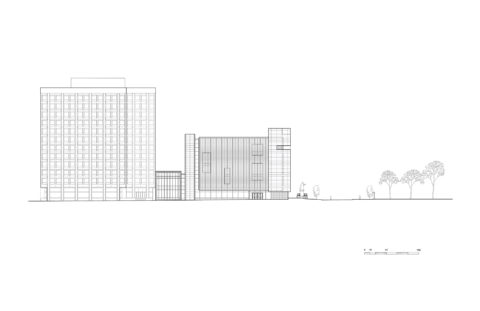 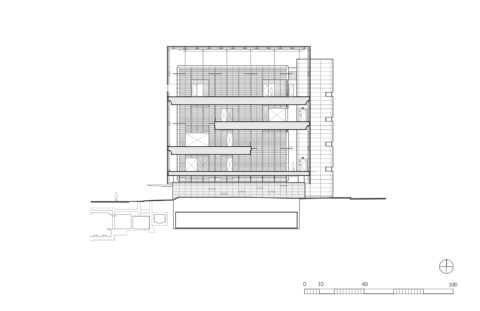 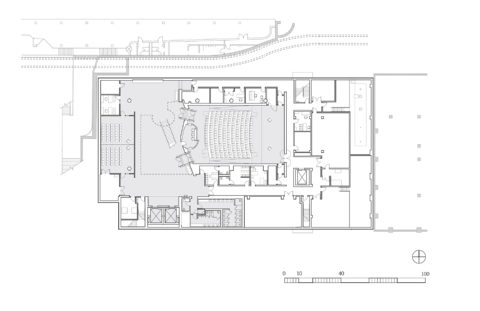 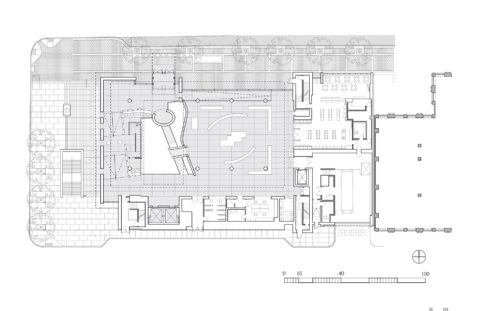 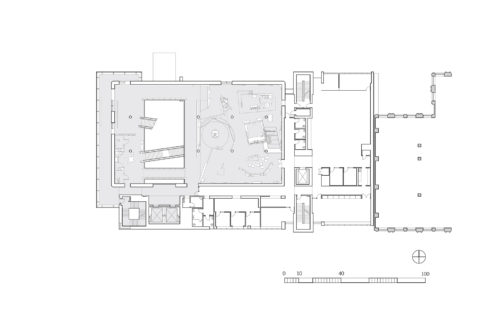 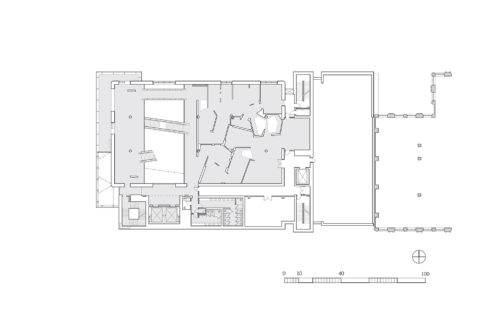 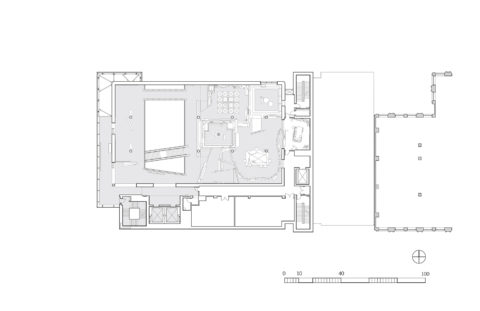 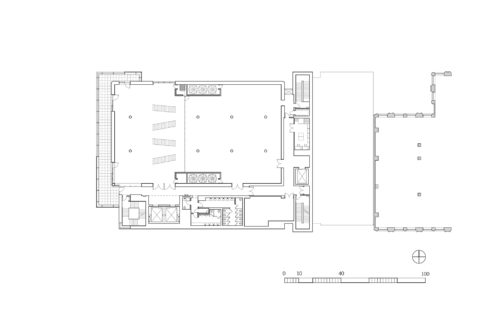 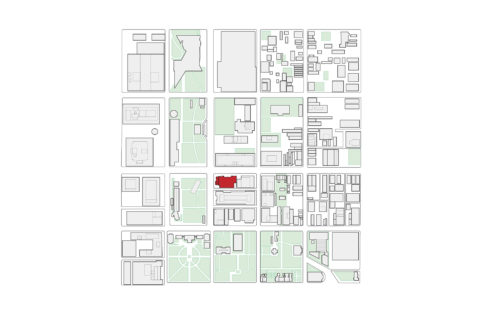 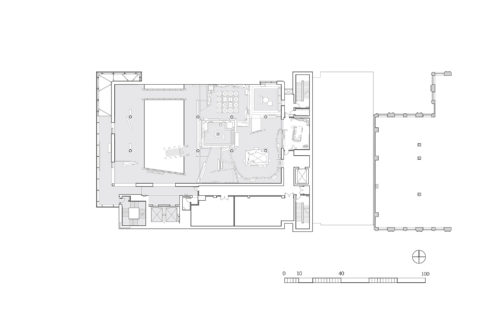 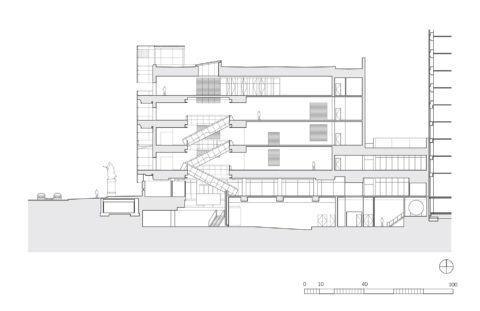