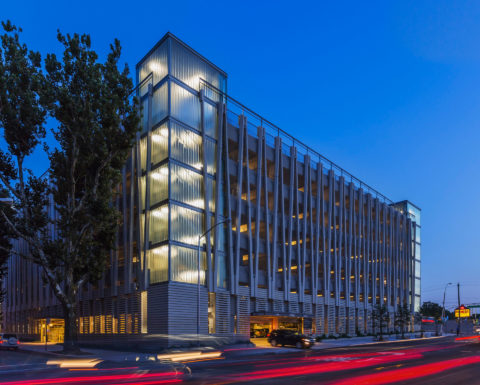 Strategically located in close proximity to a new entry gate to the New York Botanical Garden but outside its perimeter, this new garage and intermodal transportation facility preserves valuable landscape and extends the Garden into the community, transforming an industrial site. 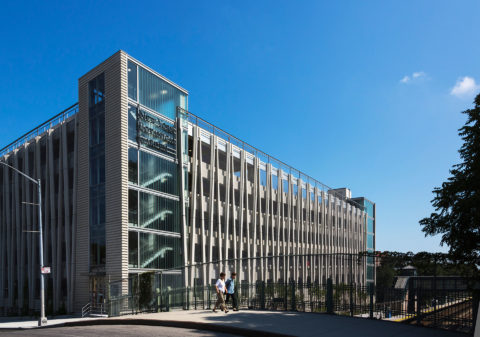 The materials – precast concrete and channel glass with a metal trellis infill – visually link the facility to buildings within the Garden proper, carrying the Garden’s identity and mission beyond its walls and into the community. 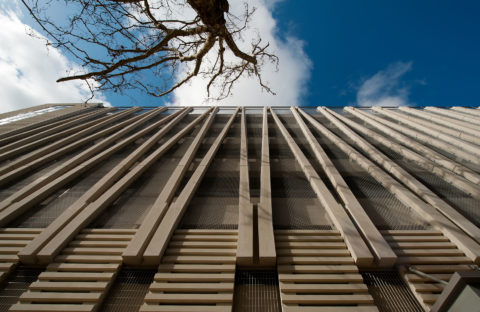 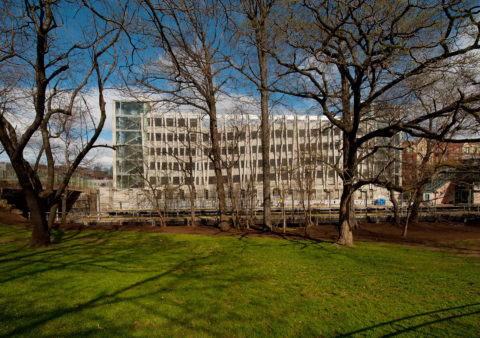 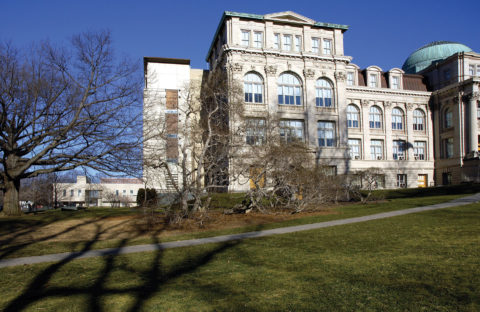 In creating a vital transit intersection for commuters and visitors to the Garden, we designed the exterior walls of the garage as a ‘vertical garden’ to integrate the building into the Garden’s larger campus.

The dominant feature of the facility is its distinctive exterior façade, which creates a “vertical garden” on all four sides. A series of monumental forked elements, symbolic of a simple branch structure, envelop the entire building to form an overall enclosure and vertical trellised landscape, adding texture and greenery to the dense urban environment. Interstices between the forked elements are covered with a greenscreen® wire trellis, planted with a variety of flowering vines. 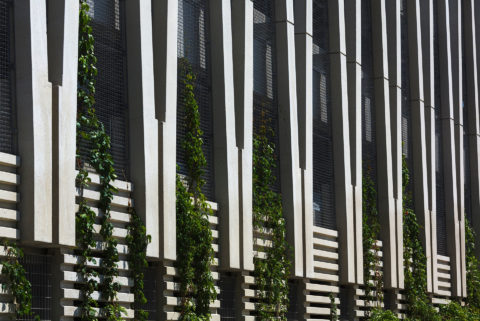 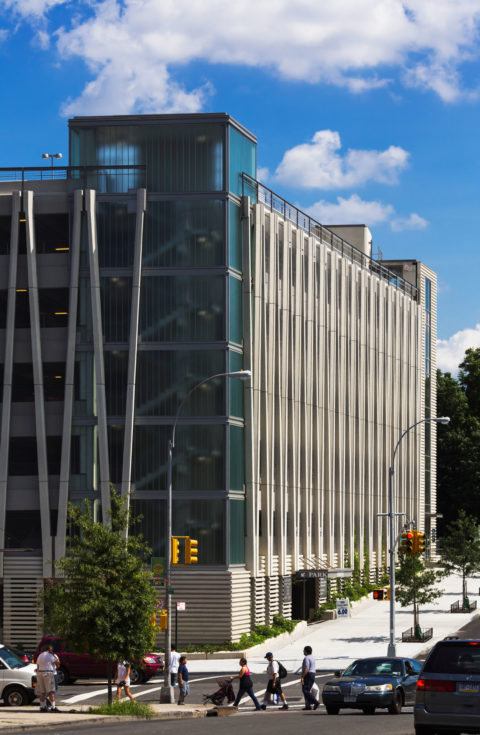 Punctuated by illuminated glass circulation towers at each corner, the building glows at night. Exterior accent lighting illuminates the structural rhythm of the enclosure facing the railroad and highlights the vehicular entries. On the garage’s interior, the design takes advantage of a geometric shift in the site to create a slender light shaft that brings natural light into the interior.