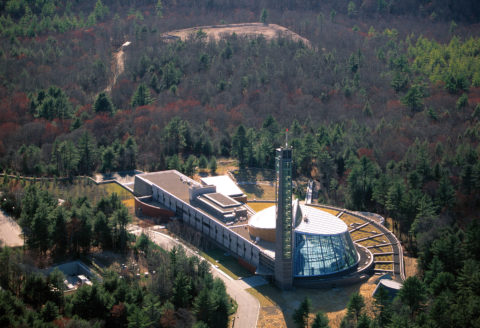 Providing a visual, spatial and textural link to the cultural heritage of the Pequot tribe, this museum and research center sits lightly in its environment. Its expressive, elemental forms create a powerful architectural identity that will forever represent, validate and celebrate the history of the Mashantucket Pequot nation. 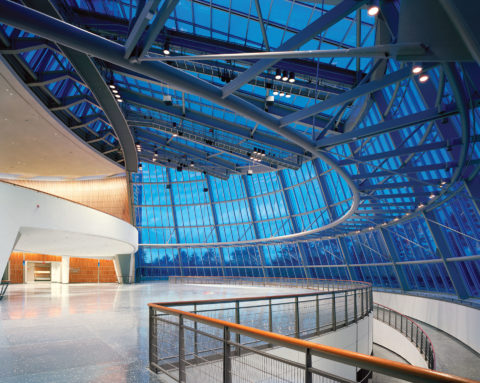 The design emerged from opportunities presented by the surrounding landscape in concert with sustainable design principles and the Native American belief in the organic unity of man and nature.

The design addresses four primary considerations: to create a powerful, three-dimensional image that celebrates the history of the Mashantucket Pequot nation; to respect the ecological and archaeological value of the site; to acknowledge the tribe’s historic dependence on inland agricultural and aquatic zones; to honor the original Mystic Fort (the site of the 1637 massacre) as a symbol of the rebirth of the Mashantucket Pequot nation.

Each of three principal program elements is expressed formally in a manner that represents the spirit of its particular mission: an organic landform defines the museum volume; a linear bar element houses the research center; and a ceremonial gathering space occupies a dramatic, circular central volume. The building’s orientation to the cardinal directions and its entry in the east follow Native American traditions. 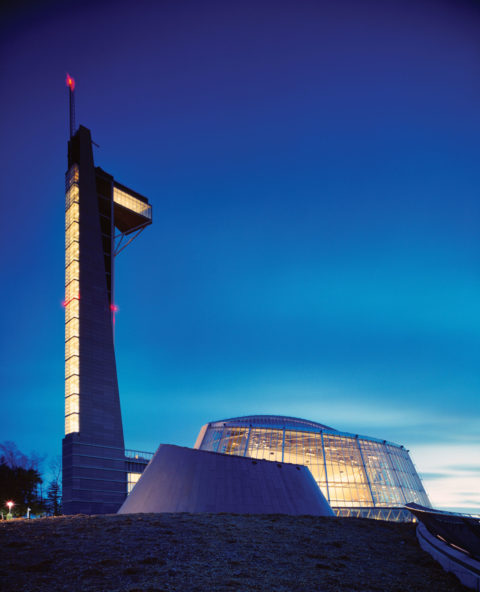 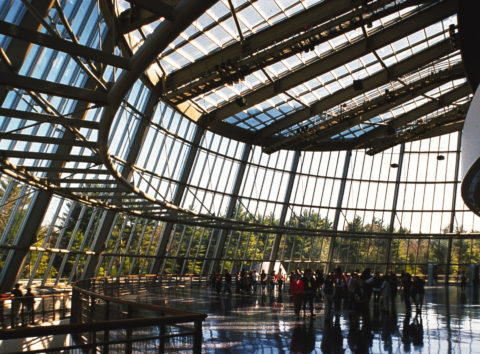 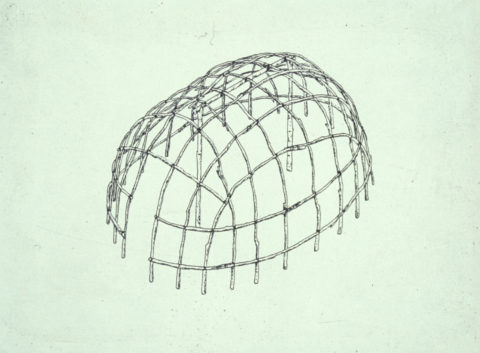 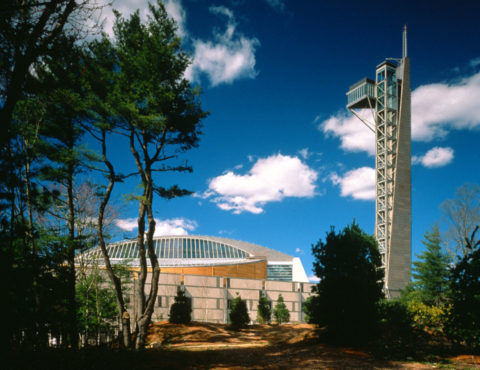 A tower mark marks the public entry and punctuates the otherwise horizontal extension of the complex, anchoring the composition; metaphorically, its skyward thrust symbolizes the resurgence of the tribe.

The building design organizes the extensive exhibits into quadrants, with multiple entry and exit points as well as indicators that orient the visitor in relationship to the gathering space. 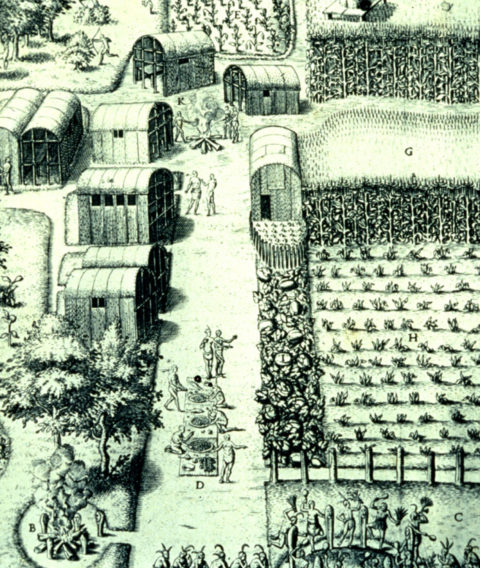 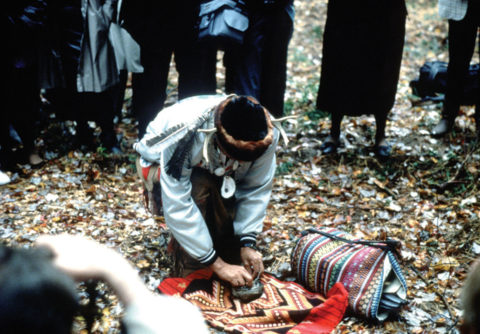 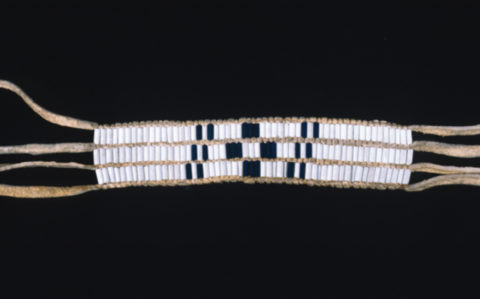 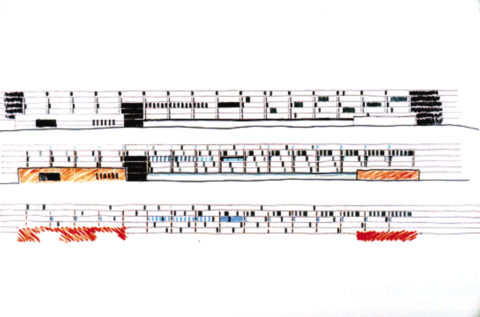 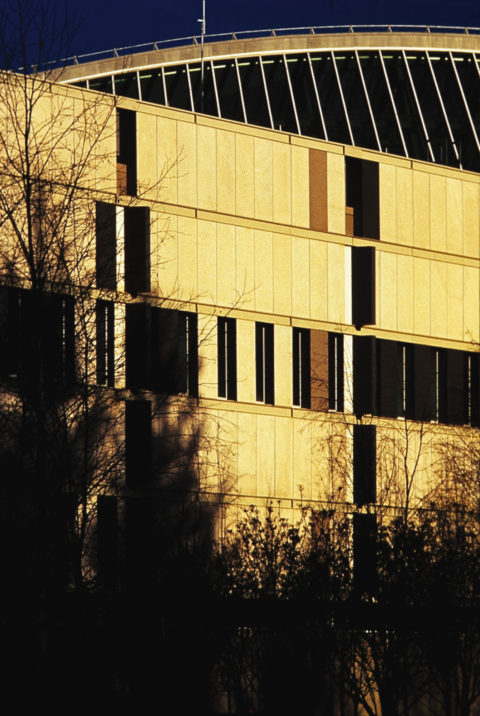 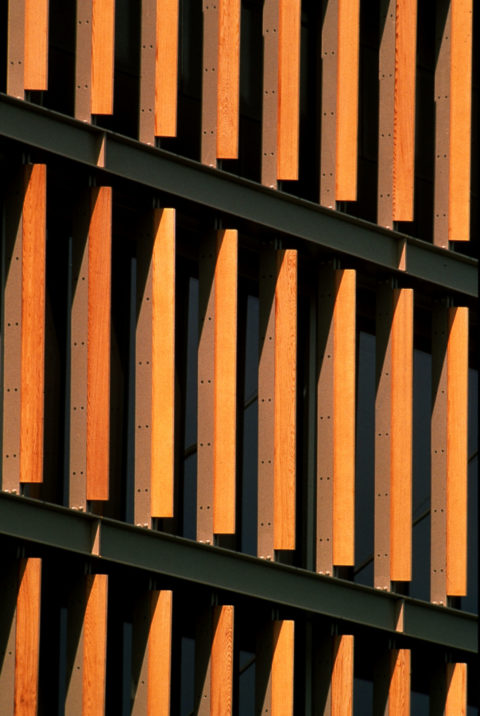 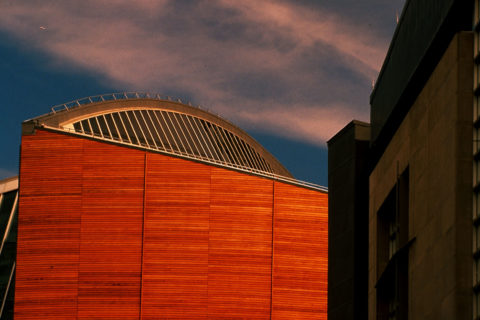 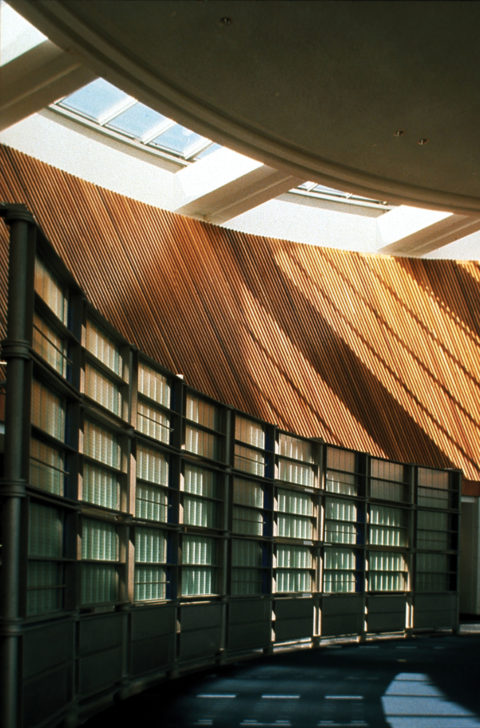 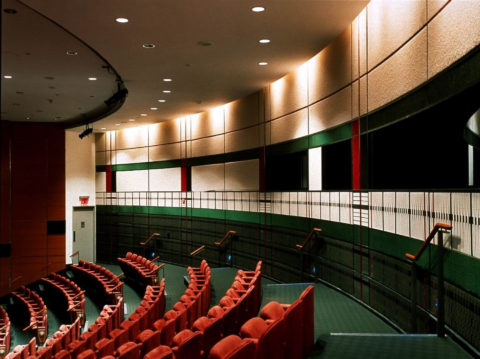 Inspiration for details, materials and finishes was sought in the tribe’s culture. Material choices, such as the shell fragments embedded in the terrazzo flooring, the generous use of wood and the earth-toned accent colors were motivated by the Pequots’ close bond with their natural environment. 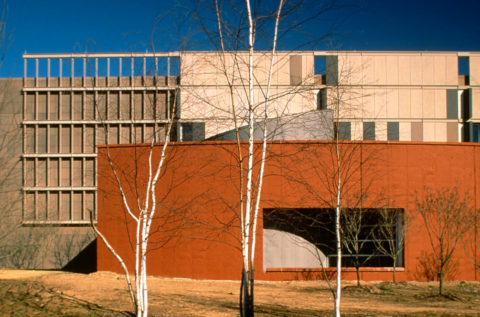 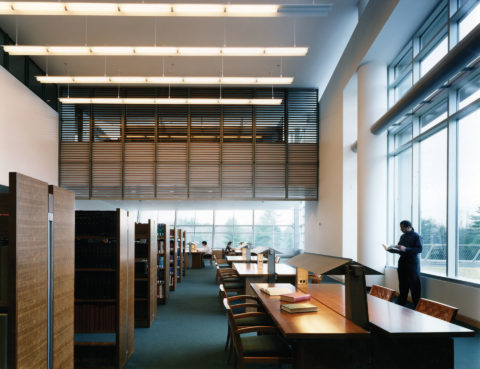 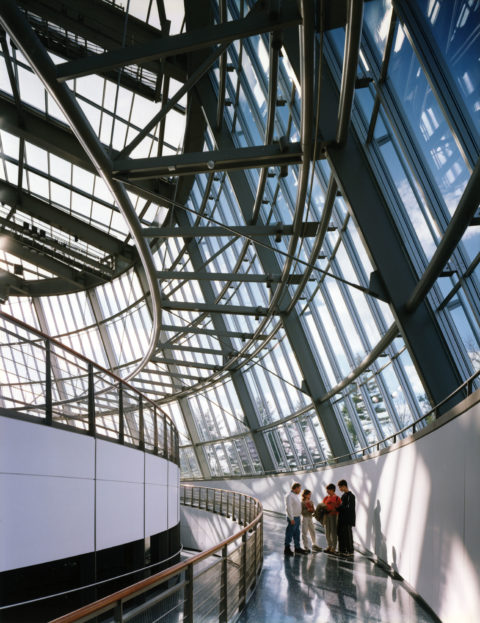 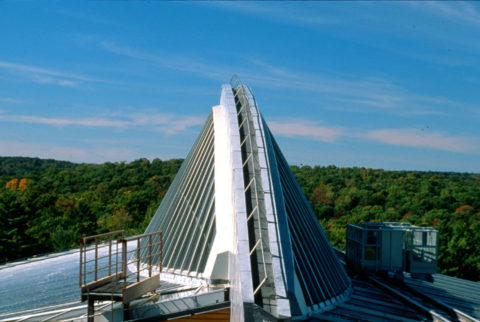 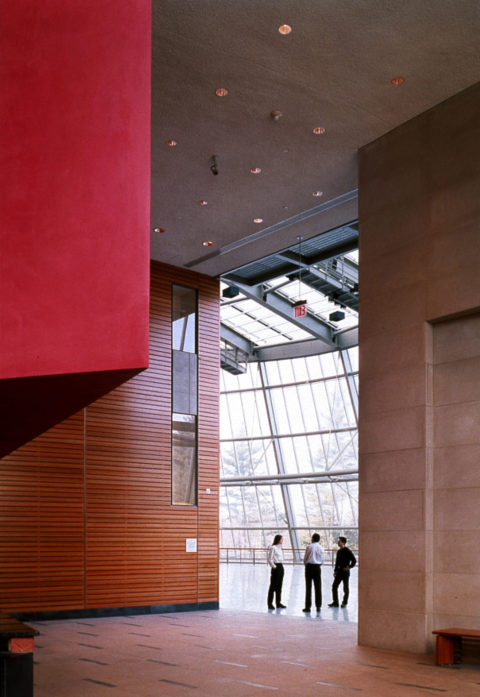 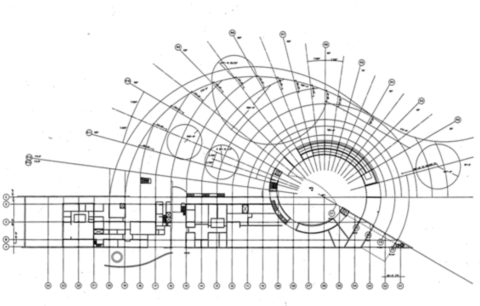 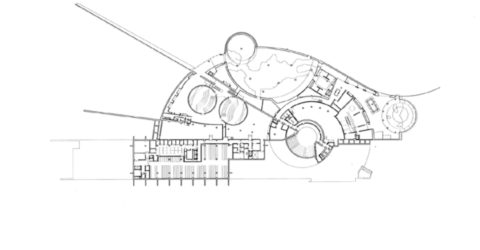 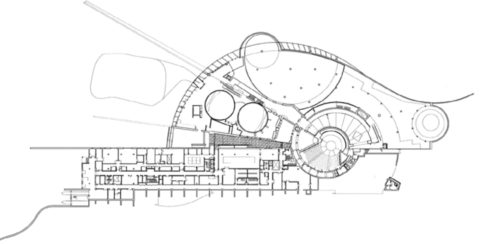 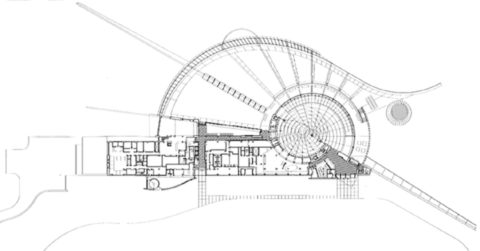 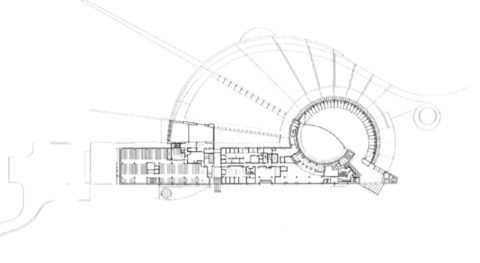 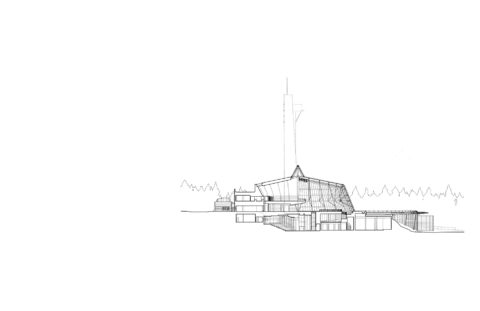 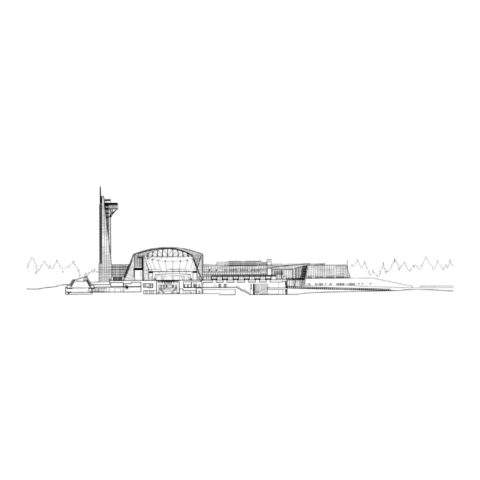