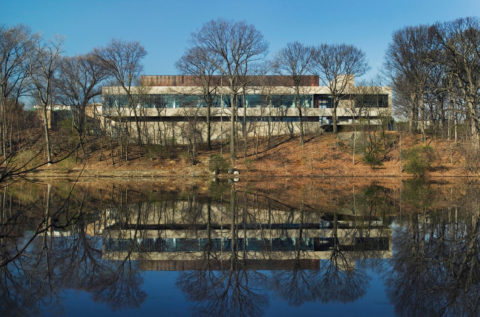 The Pfizer Plant Research Laboratory provides state-of-the-art scientific research facilities for molecular systematics and plant genomics and the graduate studies program in a building that is one with its arcadian site.

The building’s crisp rectilinear geometry stands in striking contrast to the wooded landscape. Its floating form hovers above the topography and acts as a canvas for the interplay of light and shadow. 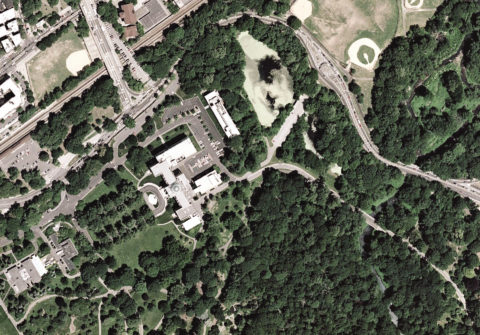 Fused with its sloping site in the Garden’s science precinct, the freestanding laboratory  is cantilevered from a central core: the crisp rectilinear form appears to hover above the ground plane, allowing the landscape to metaphorically flow beneath. 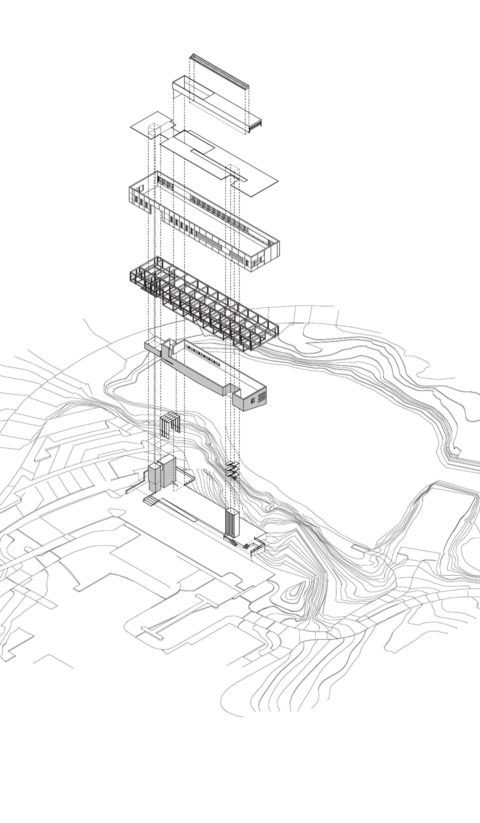 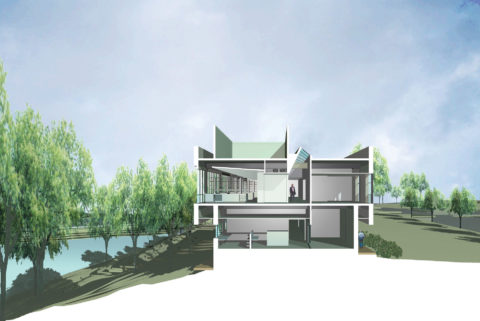 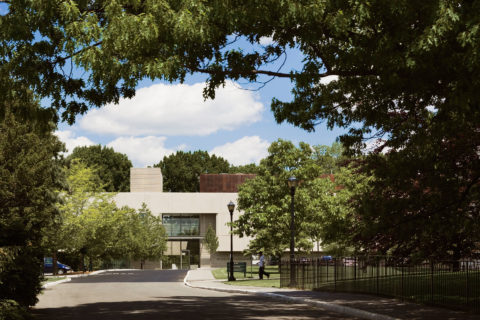 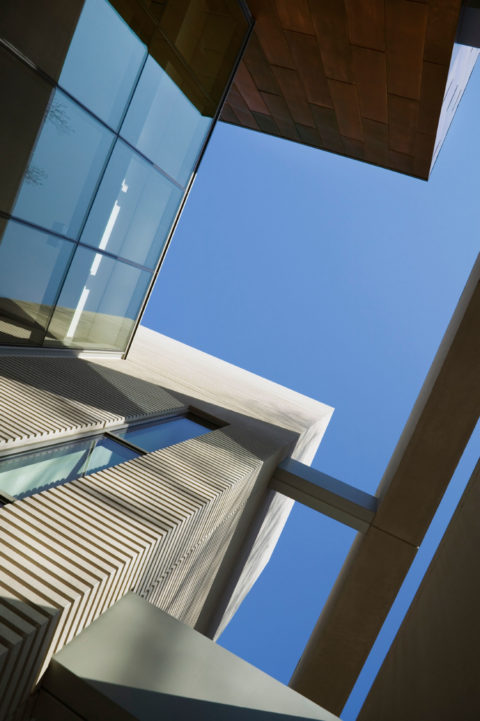 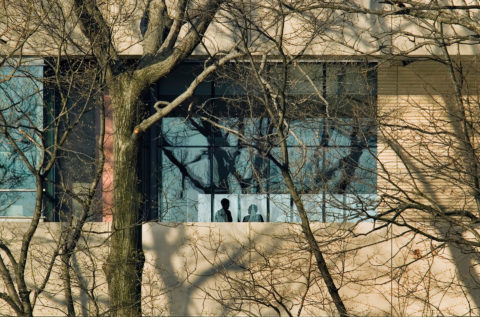 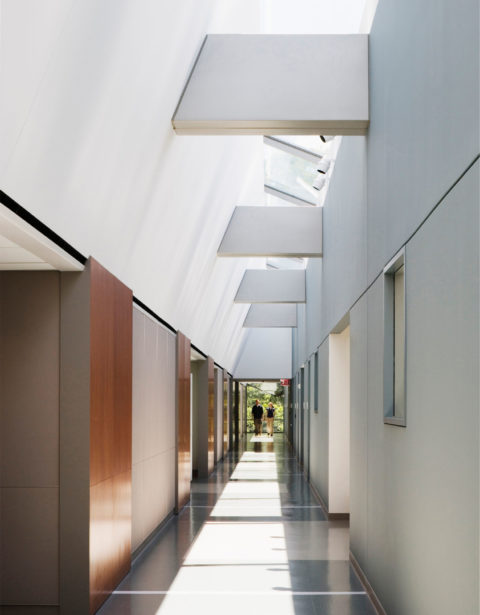 Providing circulation through the building on the upper level, the skylit corridor creates a place of interchange and gathering for the community of scientists within the building. 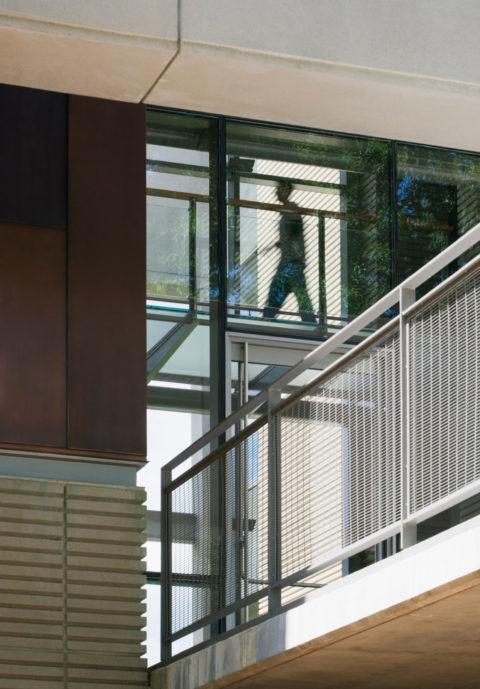 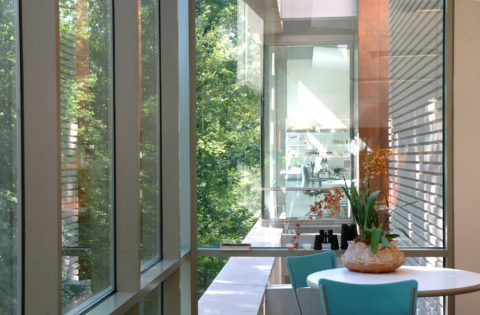 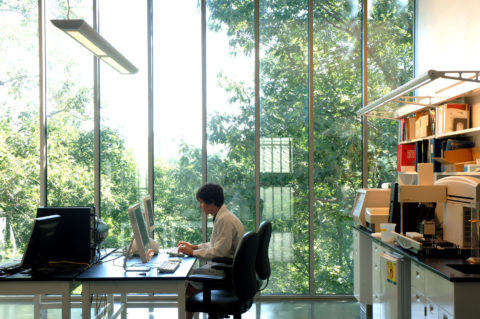 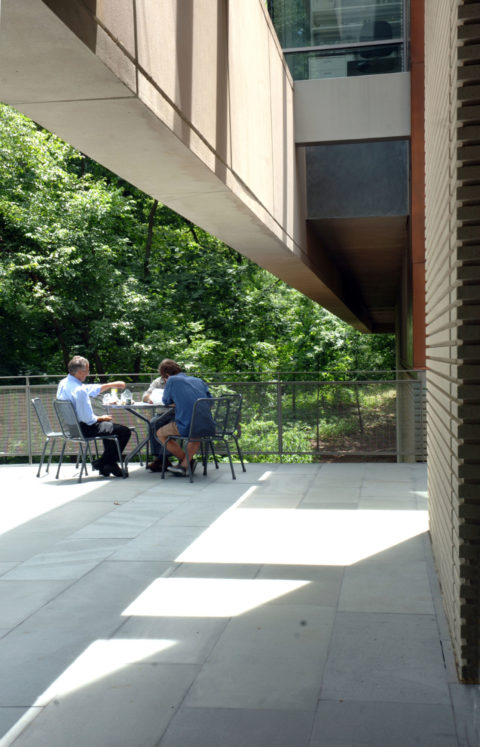 The Pfizer Laboratory and adjacent Steere Herbarium share a materials palette of pre-cast concrete, copper and glass, drawn from the limestone, brick and copper of the historic Museum Building. A visual dialogue among the three buildings reinforces their functional connection. 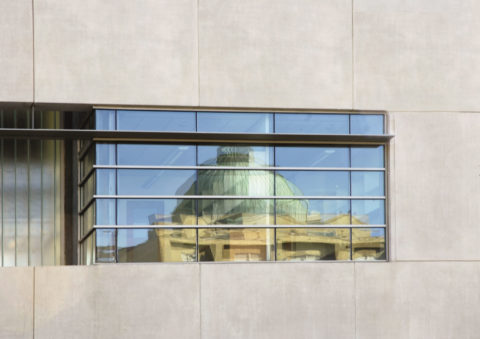 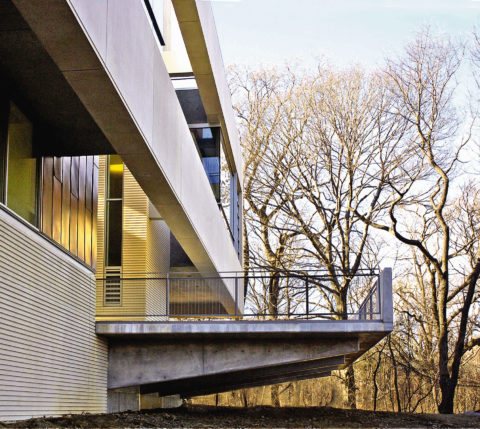 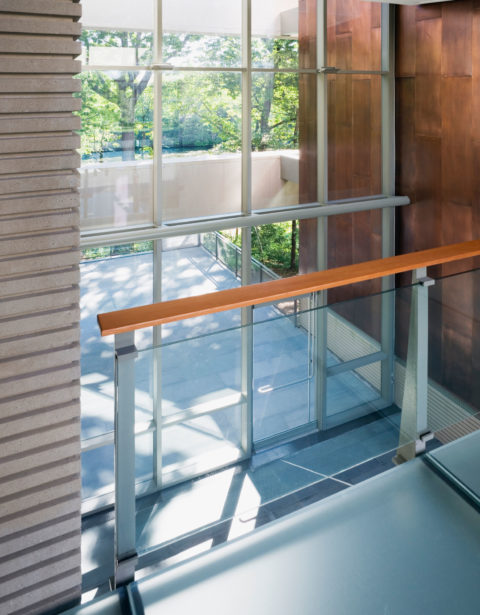 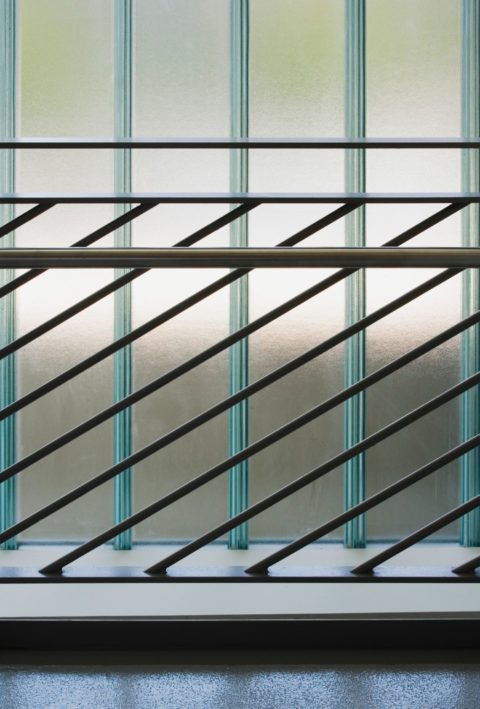 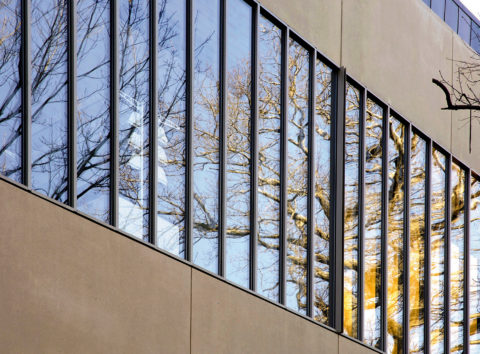 Penetrating the mass of the building’s masonry envelope, the double-height lobby establishes visual continuity through the building and unifies exterior and interior space. The volume is clad in a  structurally-glazed curtainwall system with low-iron glass to provide for greater transparency and views through the building. 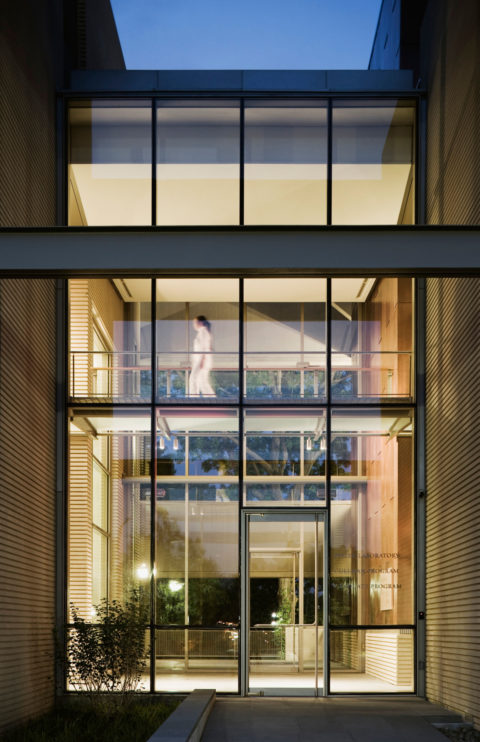 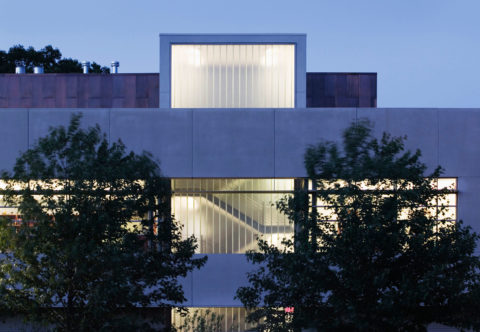 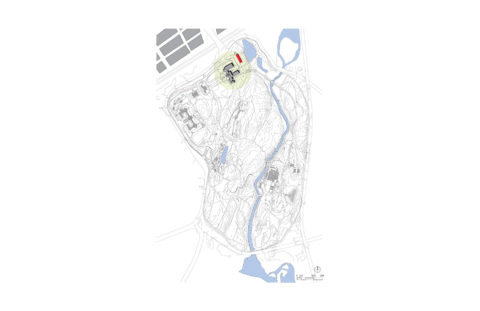 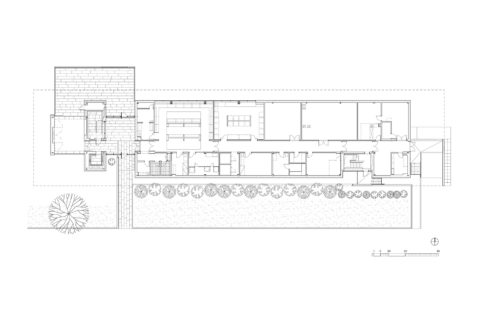 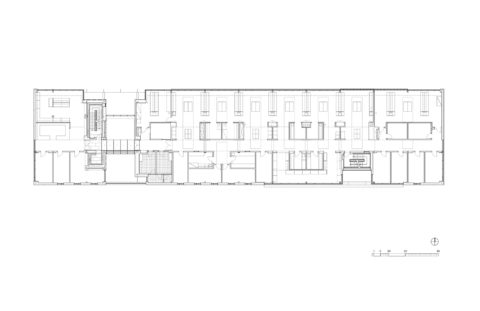 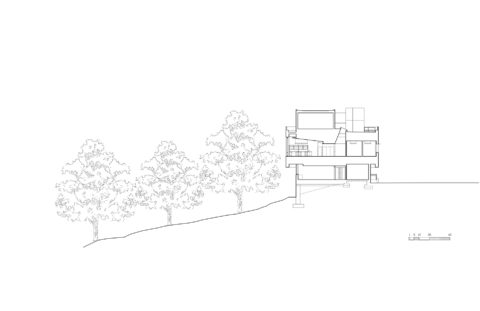 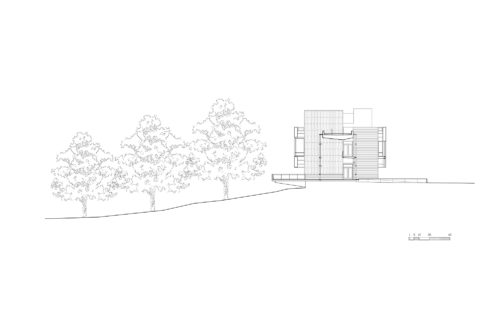 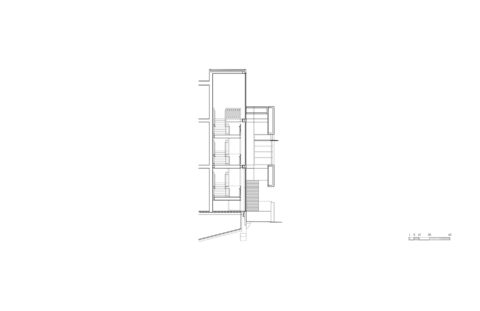