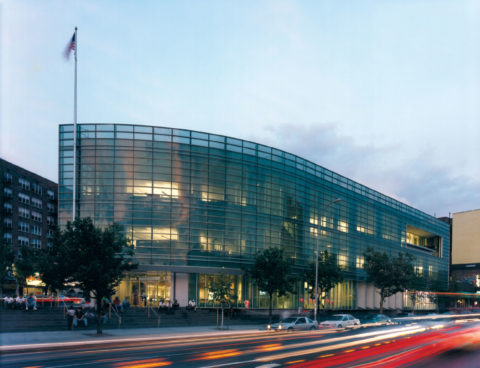 A new prototype in civic building, this branch public library is a primary cultural center at a prominent intersection in a vibrant multi-cultural neighborhood. 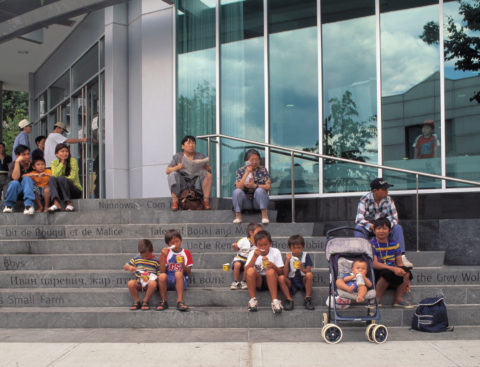 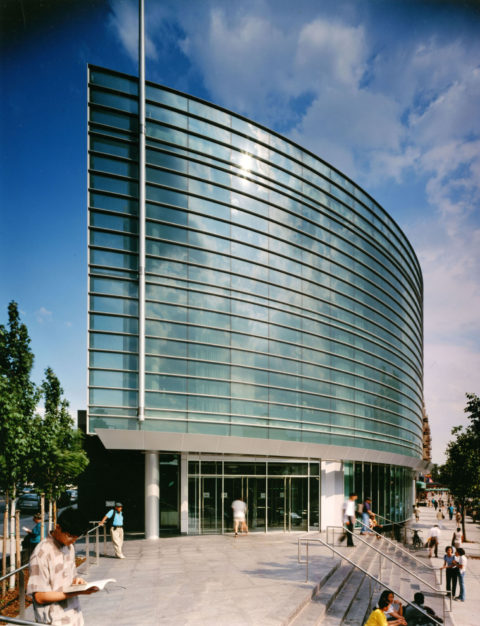 Transparency is employed as a metaphor for universal accessibility: the architecture demystifies the library experience by making the facility’s collections, functional organization and user activity visually accessible from the street, facilitating public access to information and learning.

The design emphasizes the asymmetrical qualities of its triangular site. The Main Street façade is a glass membrane: a stair and elevator core visible just inside the exterior glass wall connect three floors whose centralized free-plan is readily understood. 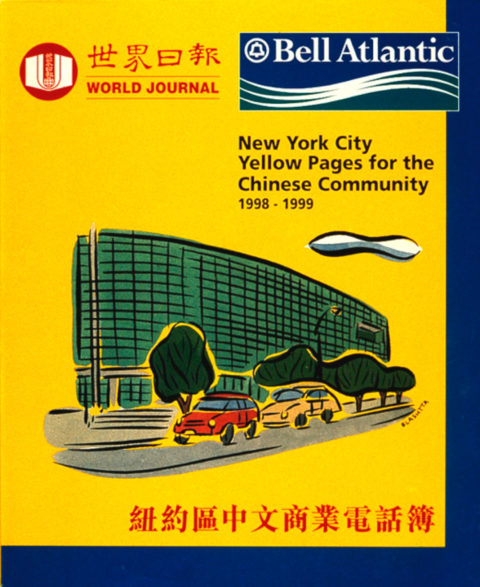 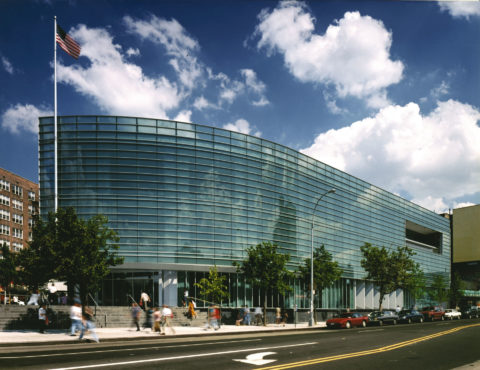 The Kissena Boulevard façade is rendered in stone, its articulation alluding to the book stacks within and its opacity allowing perimeter shelving to be maximized and affording privacy to both staff and neighbors. 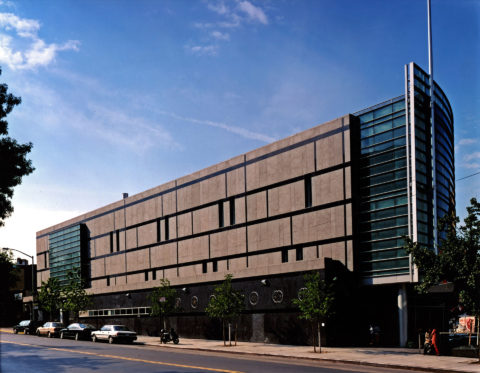 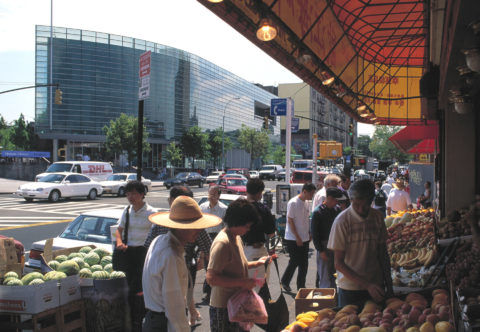 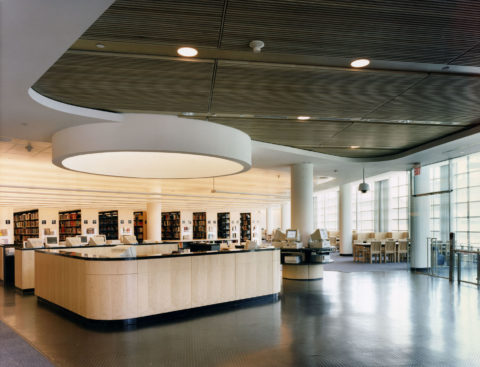 As part of New York City’s “Percent for Art” program, public art is integral to the architecture and is intended to enhance the building’s accessibility to its many and varied users. 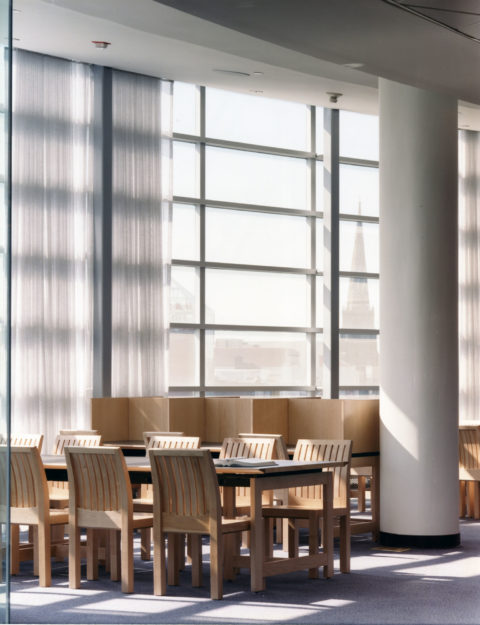 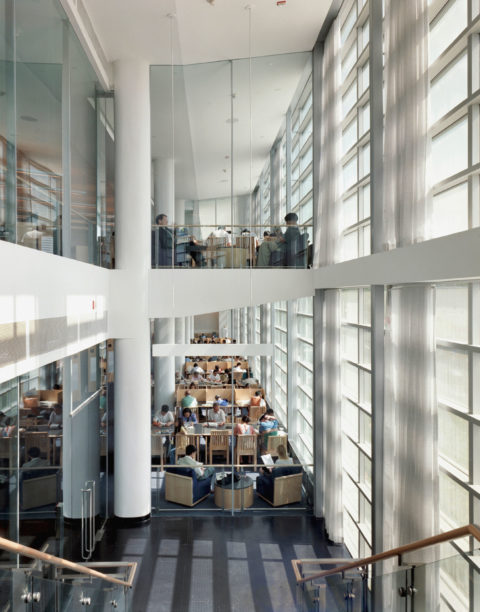 Enhancing the library’s role as learning center are an auditorium, a multi-purpose room for 150, conference rooms, exhibition areas and Adult Learning Center on the lower level, and an International Resource Center, housing the foreign language collections and providing flexible exhibition space, on the top floor. 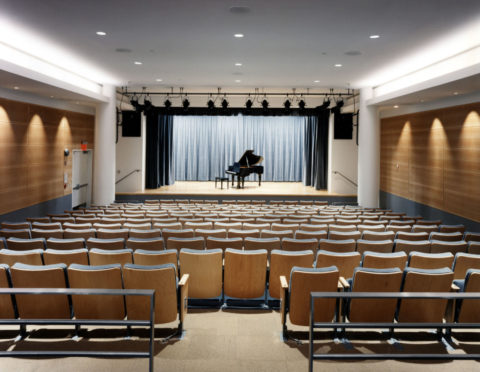 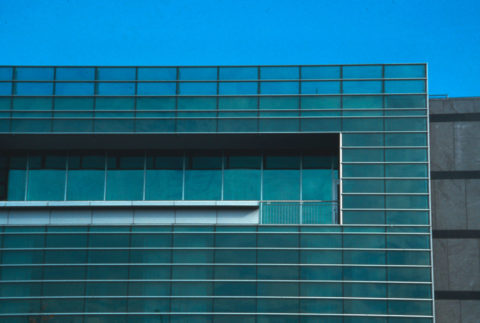 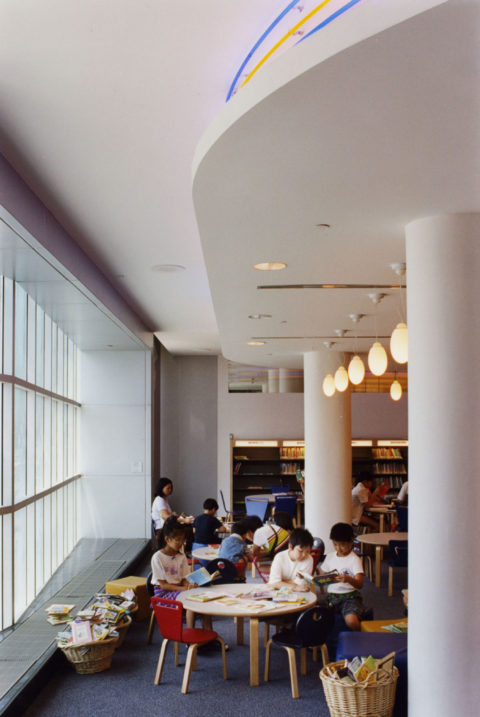 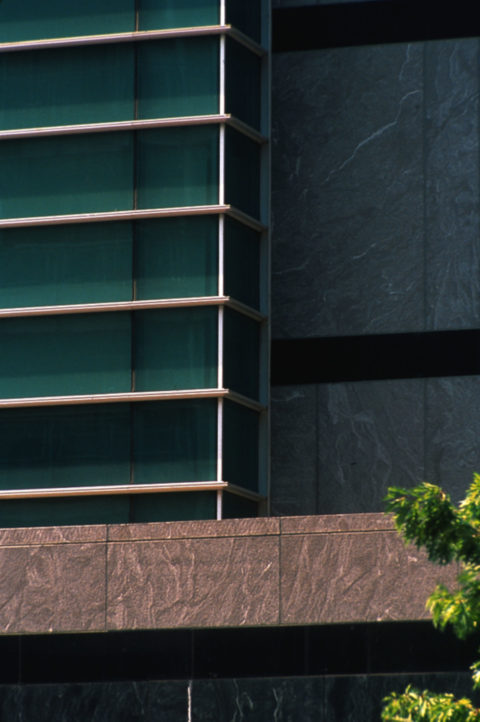 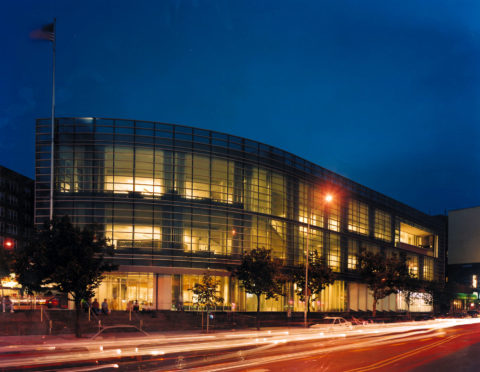