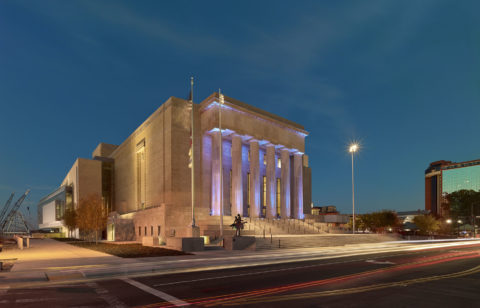 The renovation and expansion of this 1939 landmark reinforces the existing building with geometries reminiscent of the building’s Art Deco roots, while also providing a new identity for the institution, maintaining its position as an architectural and cultural anchor within downtown Little Rock. 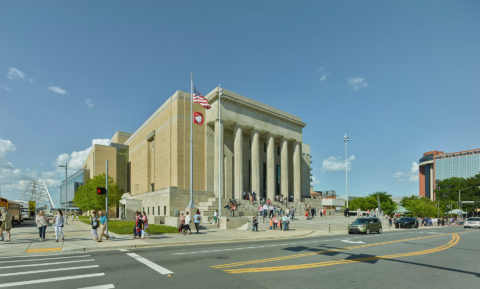 Inspired by the building’s Art Deco style, the parti and the interior of the performance hall employ angular geometric lines complementing the history of the building while providing a contemporary look to the future. 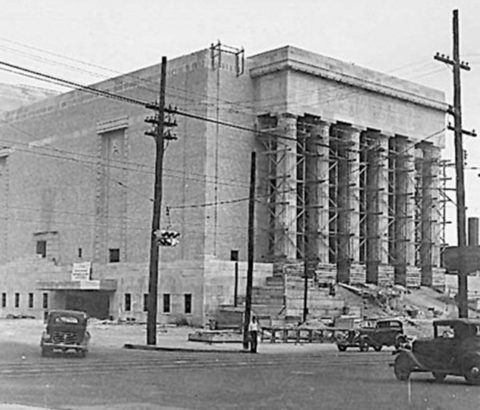 The renovation and expansion improves the acoustic performance of the performance hall by expanding it into existing conference spaces below. A new curvilinear volume sits within, and distinct from, the historic masonry shell. The hall contains 2,214 seats on two tiers, with box seats and an orchestra level. Stage lifts extend the stage for symphonic performances, enhancing acoustics and the connection to the audience. Forward-leaning wall panels create a focus towards the stage, while wood balcony fronts create a warm and intimate atmosphere. The geometry echoes the Art Deco design motifs found in the original building, while giving it a modern edge. 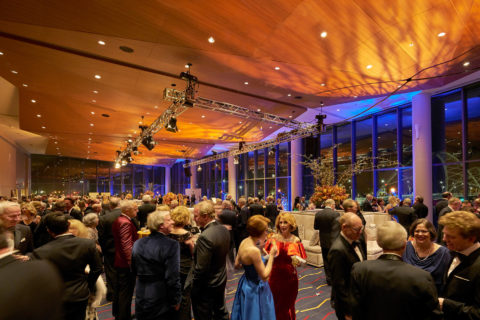 Displaced by the expansion of the performance space, the conference program from the lower level is relocated to the north with views up and down the Arkansas River. A floor-to-ceiling glass façade opens the north-facing ballroom, which accommodates 530 people, to stunning river views. 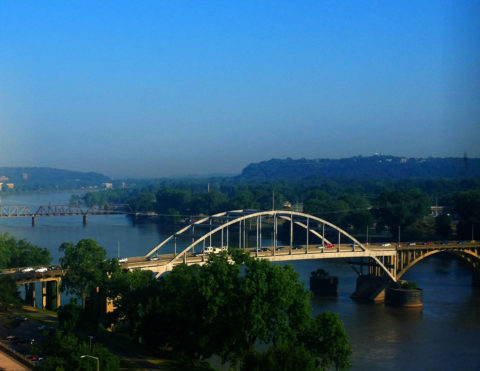 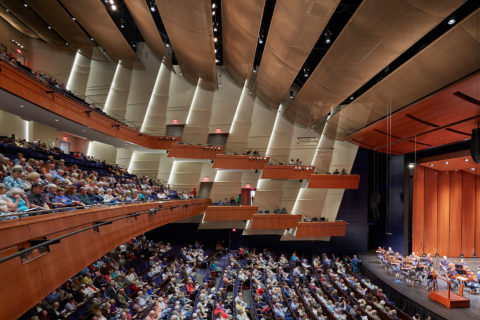 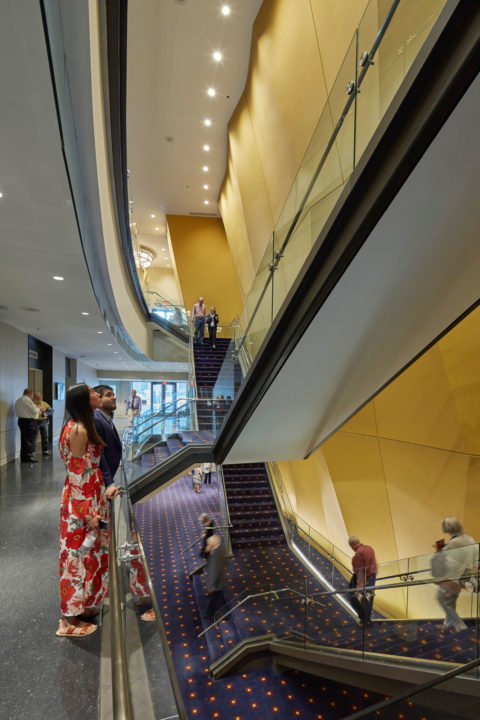 By situating the stage and loading to the level of an existing service road to the north, the western edge of the site is made accessible to the public. This public plaza integrates Robinson with the continued development of the riverfront greenbelt, engaging pedestrians and bikers as they pass over the new Broadway Bridge. 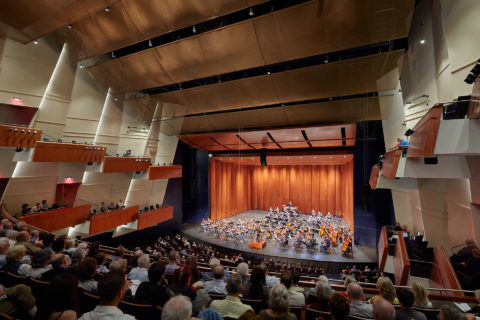