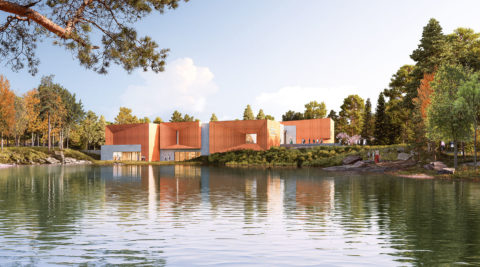 Inspired by the core themes of preservation, exploration, and education, the Jean and Ric Edelman Fossil Park and Museum of Rowan University is a one-of-a-kind active fossil dig site that offers visitors the unique opportunity for hands-on discovery at a remarkable site of scientific wonder.

Just as the site itself offers a window into the earth’s deep past and the devastation of mass extinction, the highly sustainable, net-zero energy building looks to the earth’s future and the critical importance of planetary stewardship in the Anthropocene. 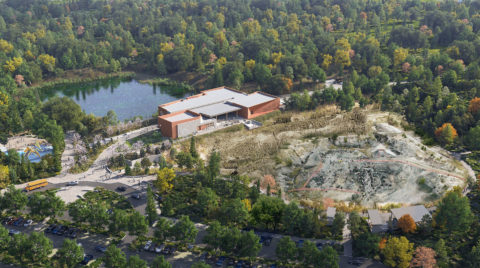 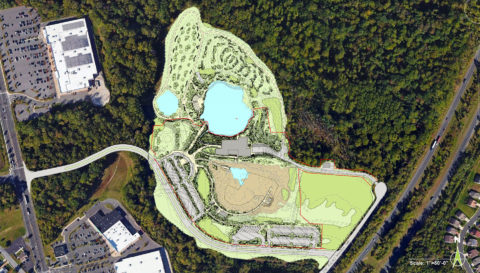 The museum is situated within an active dinosaur fossil dig site in Southern New Jersey which contains thousands of fossils and provides a view into life in the Cretaceous Period 66 million years ago. Once a shallow ocean environment, then used for mining for over a century, the site is now a 4-acre quarry, encompassed by a 65-acre property, where “citizen scientists” can dig for fossils, alongside leading paleontologists at Rowan University.

Research at the site, led by Dr. Kenneth Lacovara, executive director of the Edelman Fossil Park, is shedding light on ancient events that led to the world’s 5th mass extinction, during which the dinosaurs and 75% of species went extinct—a pivotal, calamitous moment that paved the way for the modern world as we know it. 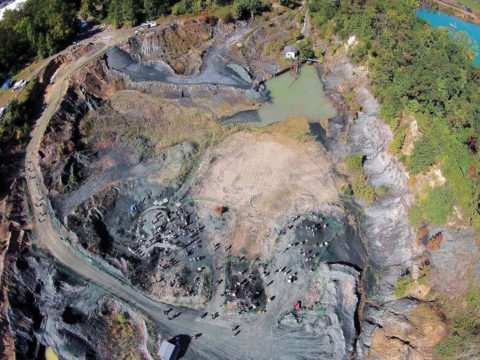 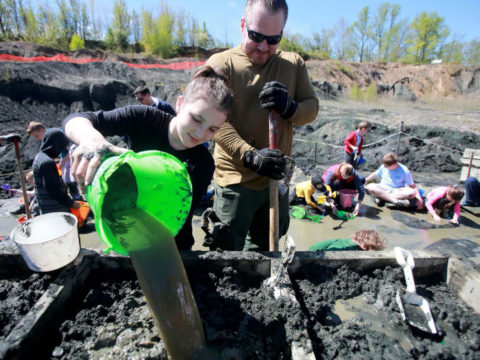 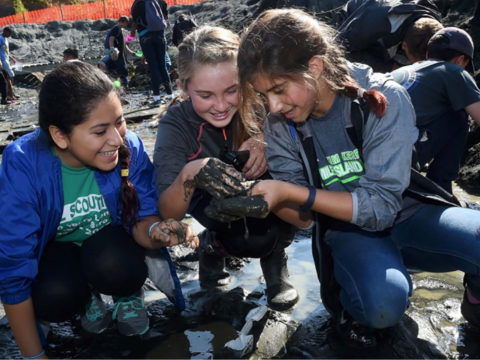 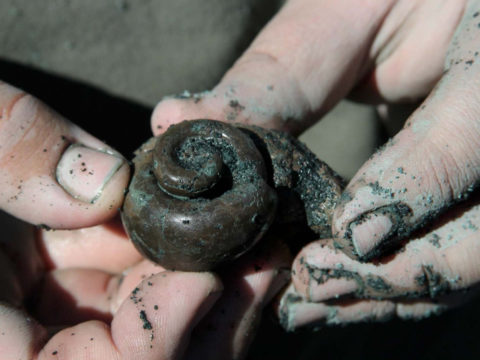 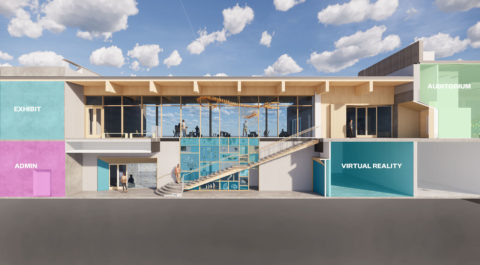 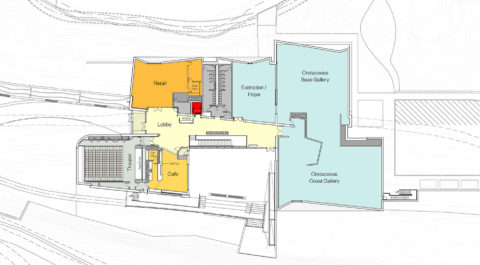 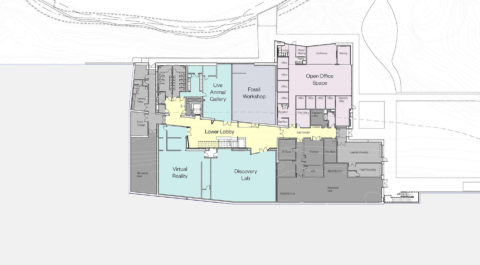 The design concept for this remarkable site was envisioned as a set of metaphorical camera obscuras, where a tiny portal offers a realm beyond. The site itself, the experience, and the architecture, are all envisioned as a series of lenses. The deep time perspective that the fossil record offers inspired an architecture that nestles within the natural landscape as a series of small-scale pavilions which frame the evidence of past worlds, while encouraging engagement with the present moment. 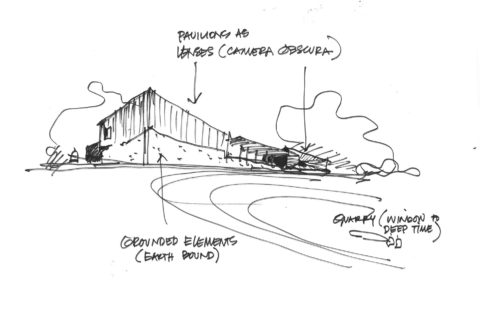 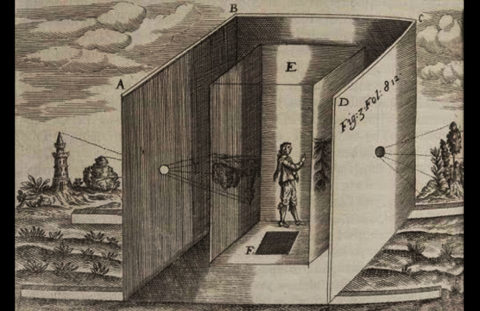 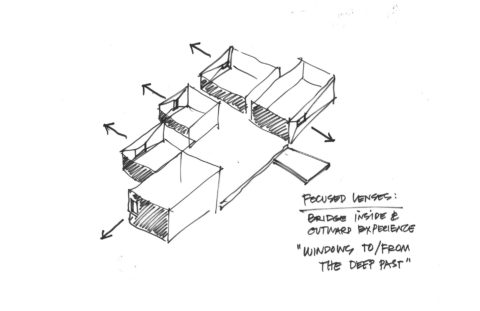 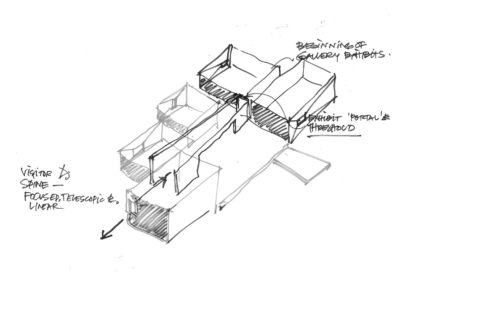 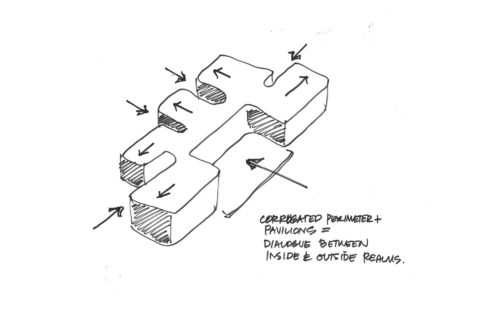 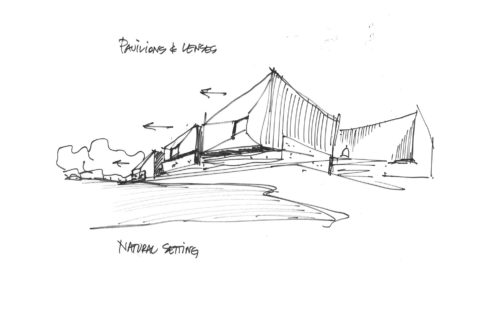 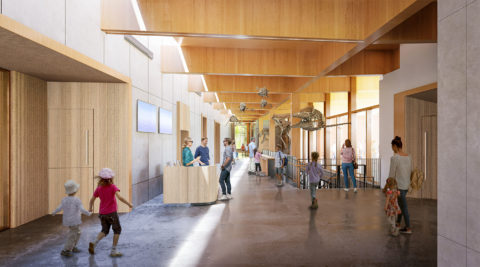 At 44,000 square feet, the museum acts as a learning and research center as well as an exhibit experience, with laboratory space and programs geared to both paleontologists and “citizen scientists”. The museum will feature three immersive galleries with fossils from the late Cretaceous period, full-scale reconstructions of extinct creatures, hands-on learning experiences, live animal attractions, virtual reality, connections to the natural world, and community gathering spaces. 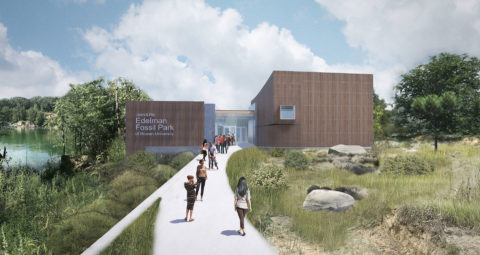 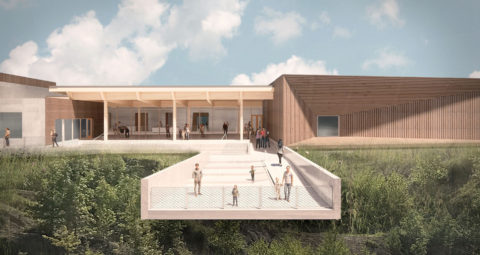 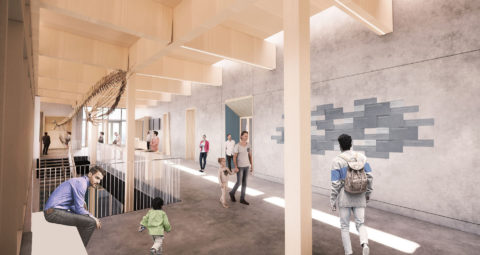 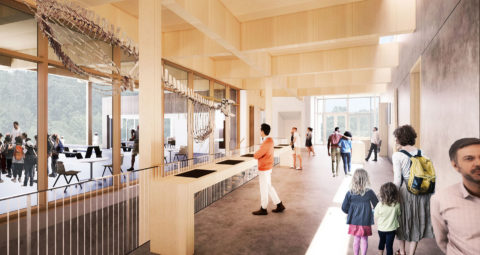 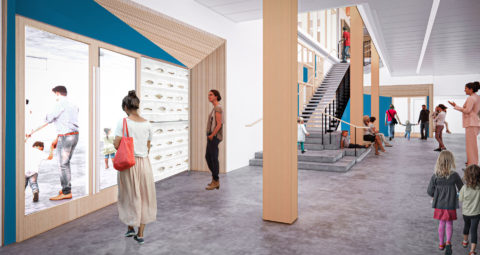 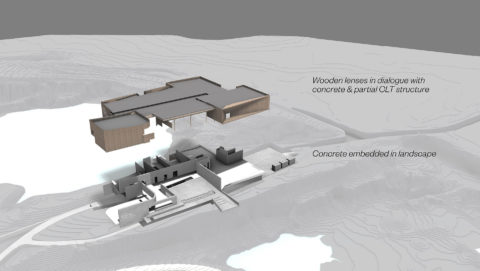 One of the project’s primary goals is to encourage environmental stewardship through both education and demonstration of high-performance sustainability through the building, which will be New Jersey’s largest public net zero facility and part of the Living Building Challenge. Incorporating features such as geothermal, wells for ground-source heating and cooling systems and a photo voltaic solar field, 100% of the energy used by the museum will come from a combination of green energy available in New Jersey’s power grid and renewable energy produced on-site. No fossil fuels will be combusted for museum operations and no greenhouse gasses will be released into the atmosphere. In addition, the surrounding grounds will restore plant and animal habitat and other key landscape features. The building utilizes heavy timber and cross-laminated timber structure as well as wood cladding to maximize the use of renewable materials. 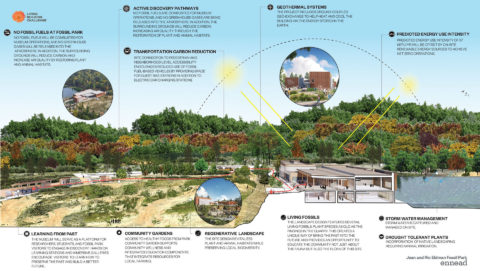 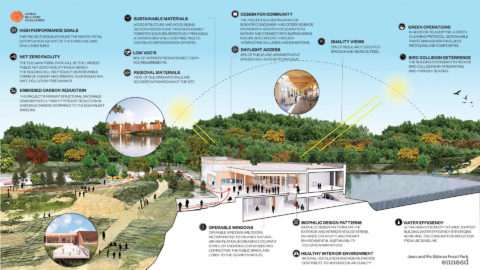