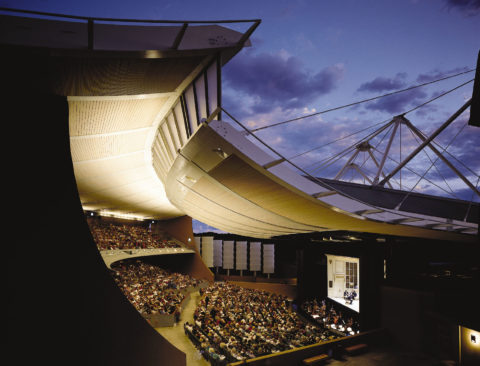 The design for this open-air theater creates a new iconic identity while preserving operagoers’ memories of the historic house. 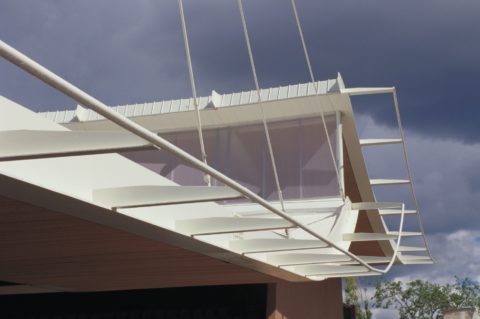 The design is contextual, yet evocative of distant times and places: its roof form subtly echoes the profiles of the surrounding mountains and evokes the billowing tents associated with itinerant festivals appropriate to opera’s origins and Santa Fe Opera’s summer season. 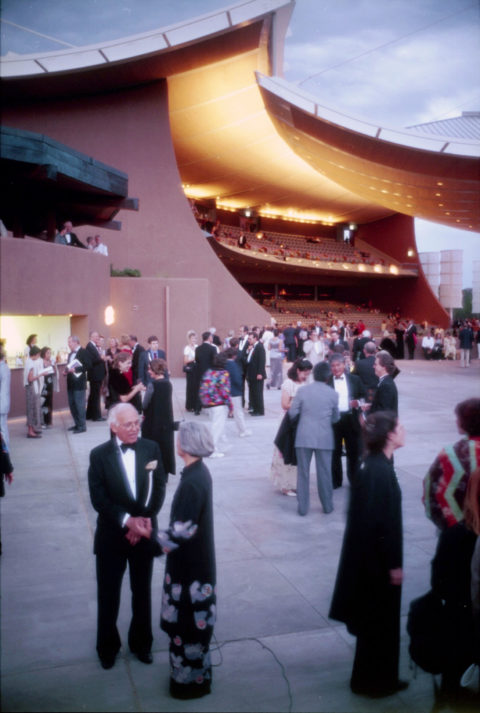 The waved roof of this formally-striking, technically-sophisticated and enlarged venue is the design’s signature element. Suspended from a skeletal structure, the orchestra and balcony roofs act as giant acoustic reflectors that parallel the movement of sound outward from the stage and toward the seating below.

The original columns framing the stage support the new roof: a unique structural system of white steel masts and tension rods minimizes bulk and carries the roof’s dead load onto the reinforced columns. 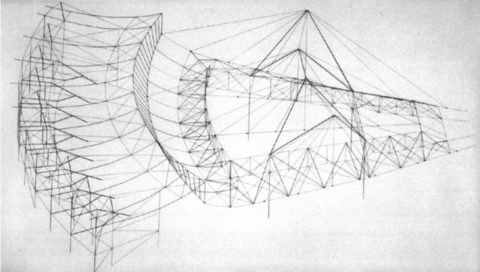 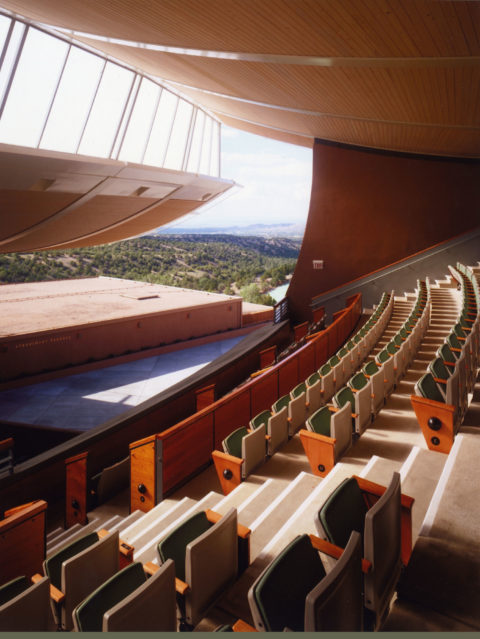 The balcony mirrors the sweeping form of the main roof, and its cantilevered structure affords unobstructed sightlines.

Steel wind splitter rails along the roof edges and wind baffles on the north side of the theater diffuse the strongest winds and decrease weather-related distractions during performances. 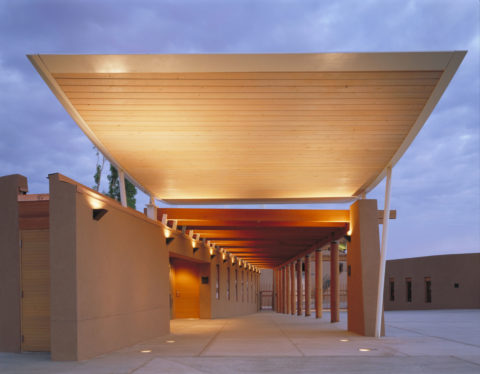 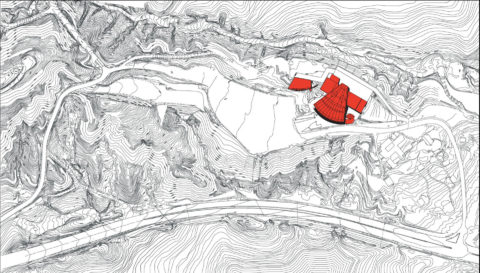 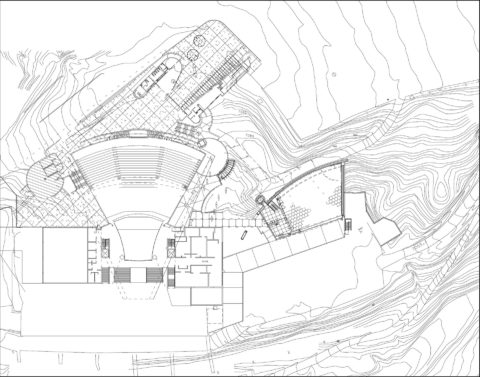 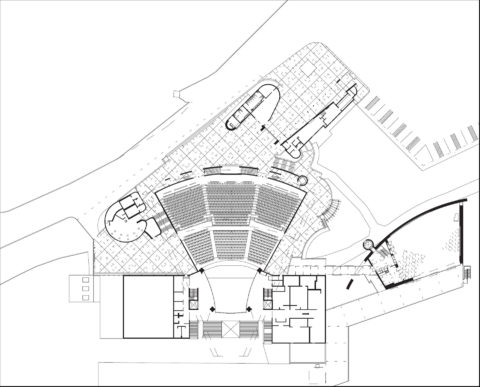 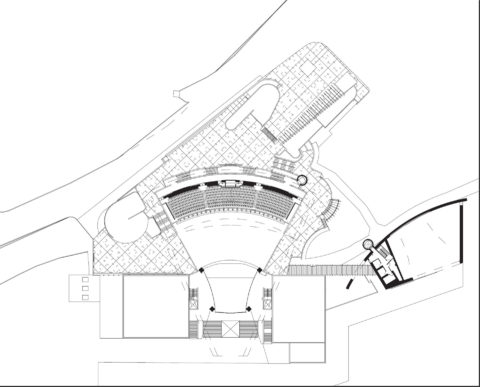