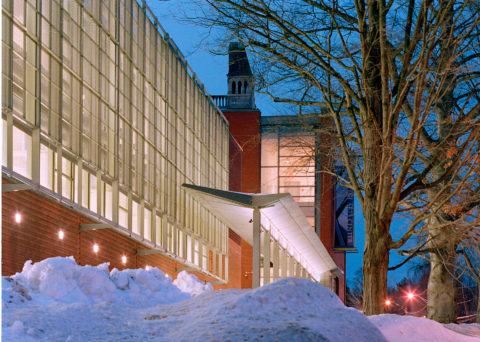 The new Brown Fine Arts Center celebrates and visually redefines the arts at Smith College and creates a new campus gateway. The design overcomes the physical constraints of an ensemble of 1970s buildings, transforming them into one expanded and reconfigured center that unifies the fine arts on campus. 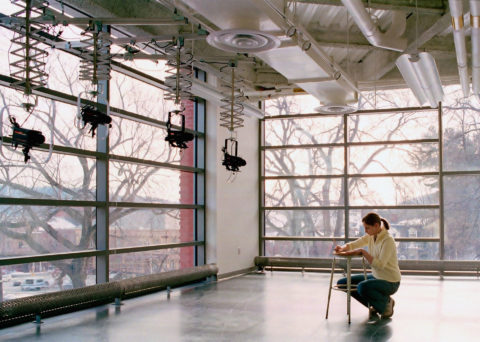 For the architect of a transformational project, the opportunity to create a new life out of an old one is like discovering an architectural fountain of youth. There is a reassurance in utilizing the past to create a future, particularly when it is appropriate to substitute new imagery for old.

Articulated planar brick walls in combination with large expanses of glass shaded by an aluminum sunscreen define the building’s overall composition and establish a dynamic visual balance between the transparency and reflectivity of glass and the opacity of brick. 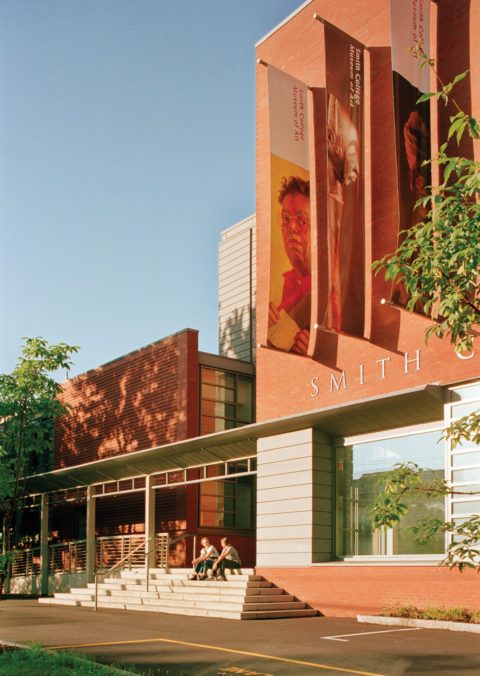 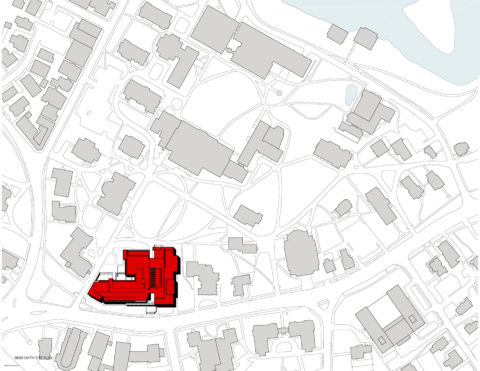 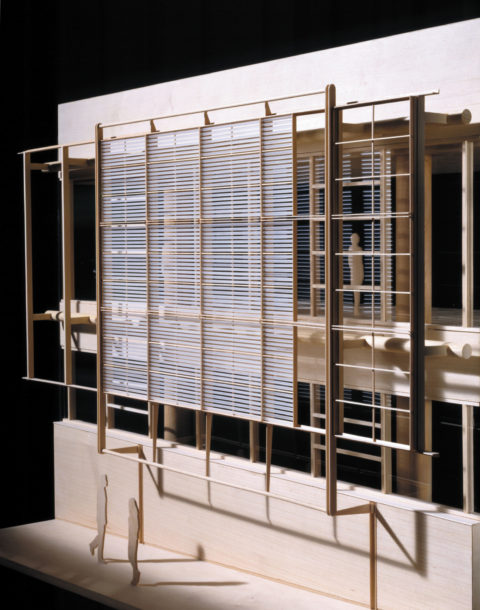 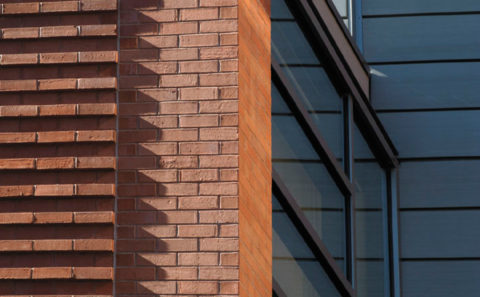 The building’s primary materials – brick, zinc, glass and metal – reinforce connections to the texture and quality of the surrounding historic context. 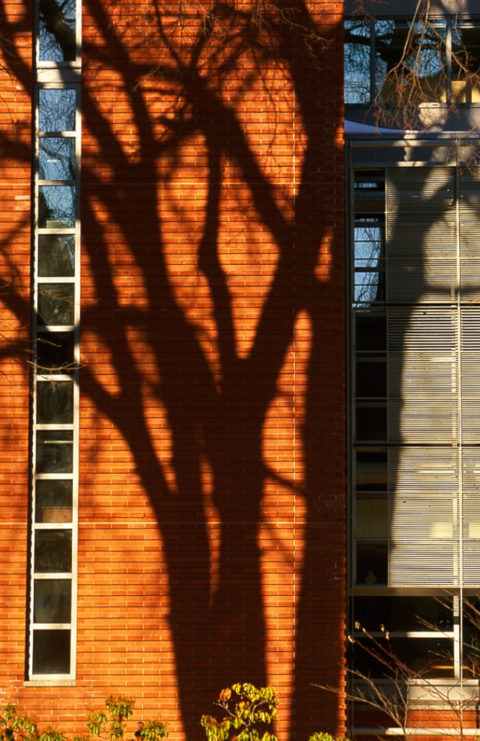 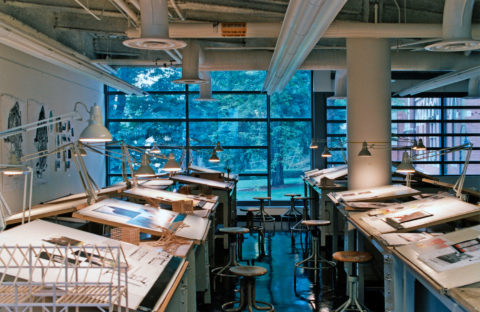 Stripped to its steel girders and rebuilt entirely, the complex was expanded by 38,000 square feet. An enclosed, forty-foot-high sky-lit atrium, which replaces what was once a windswept exterior courtyard, unifies the Museum of Art, Art and Art History Departments and Fine Arts Library to create a place of interchange among students, faculty, museum staff and visitors. 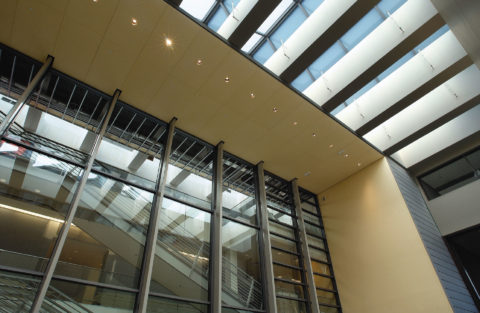 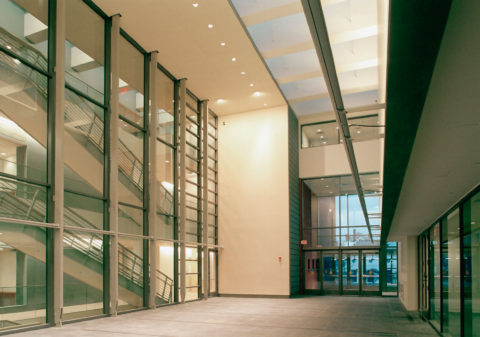 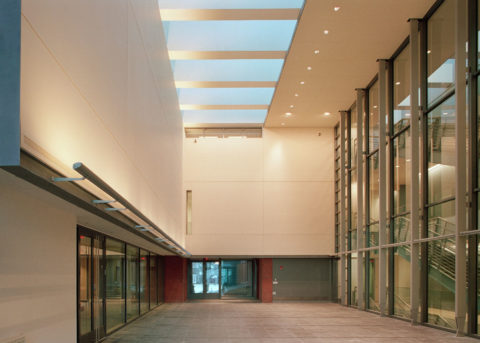 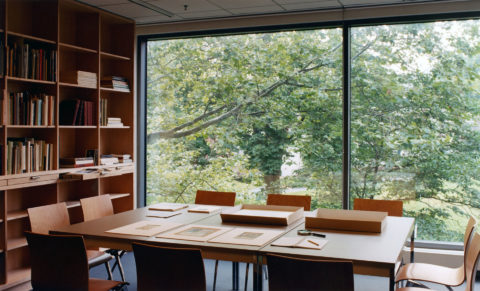 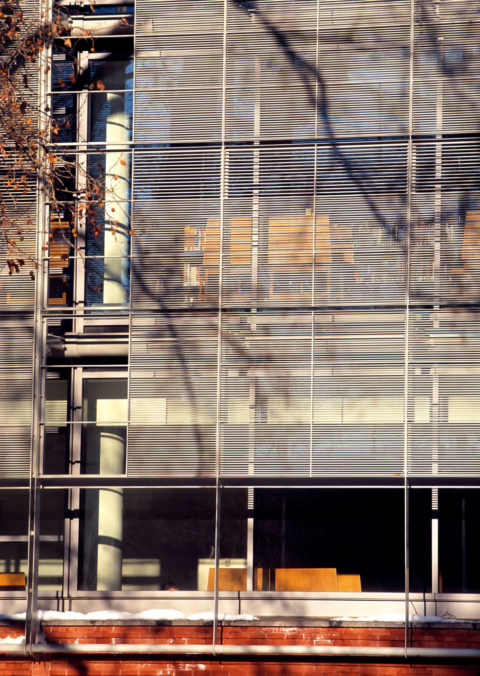 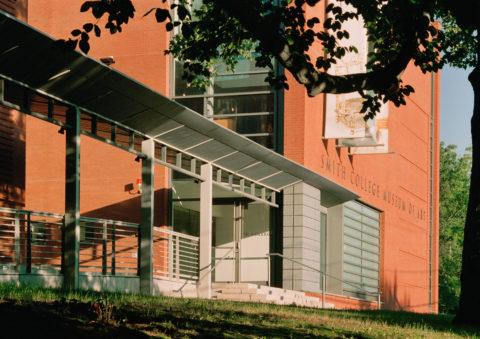 Careful manipulation of the building’s overall form reduces its apparent scale in relation to the residential quality of the campus and clearly distinguishes the three primary program components. 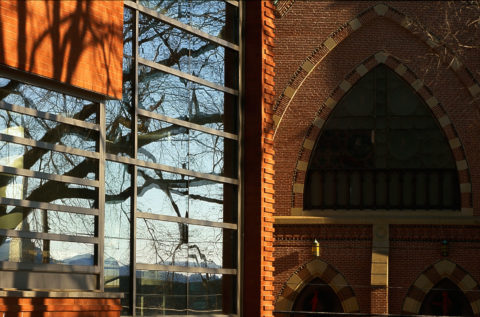