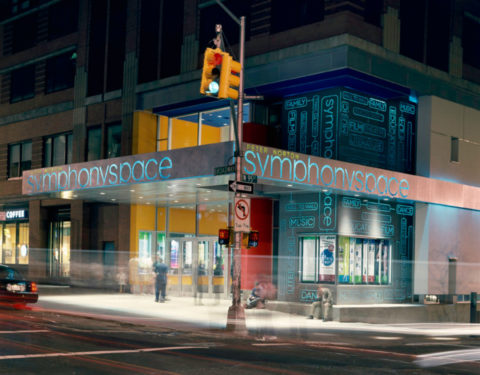 A composition of interlocking planes and blocks of glass, aluminum and cement plaster, which wraps the corner site, is the public expression of Symphony Space’s modernization. The new theater complex unifies the Symphony Space and Thalia theaters and foregrounds the much-loved destination against the residential tower that envelops it.

While Symphony Space was sorely in need of modernization, the quandary became how to retain memories, reinforce identity and distinguish their space from the luxury rental units being developed atop them.

In addition to preserving the 827-seat Symphony Space Theater and recreating the Thalia as a flexible theater that allows end-stage or cabaret-style configurations, the project unifies the two venues by means of circulation, the addition of a new box office and lobby space and a new café. 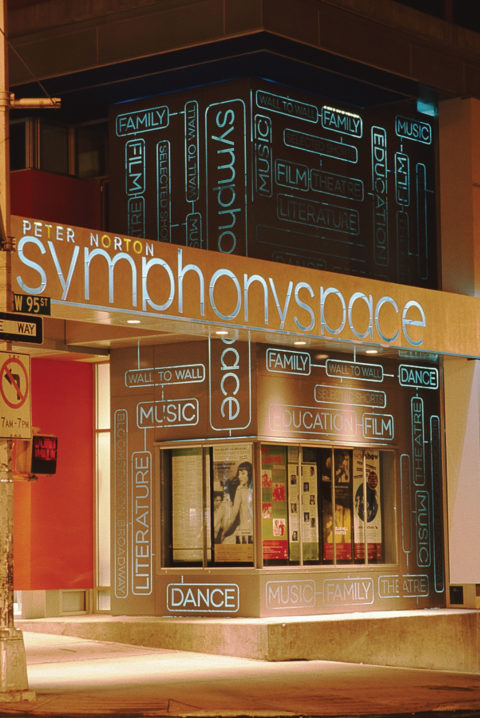 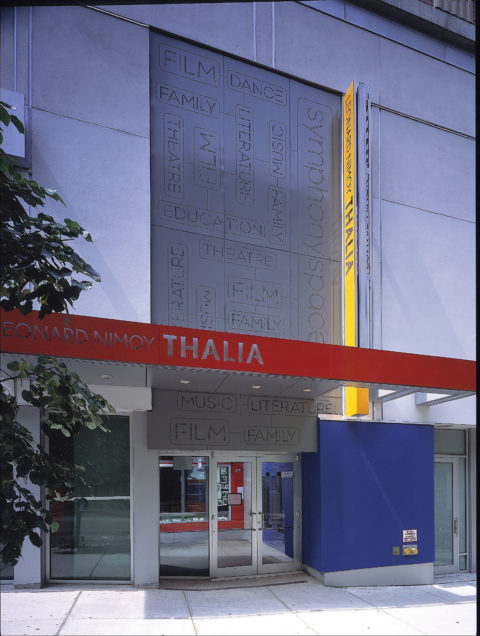 Extending along Broadway and turning the corner along 95th Street and inspired by 1920s De Stijl design, the façade is a marriage of architecture and graphics – a cantilevered cut-out sheet of aluminum plate that identifies the institution and physically binds Symphony Space and the Thalia together.

Symphony Space first opened on Broadway and West 95th Street in Manhattan in 1978 and has been a vital part of New York’s cultural landscape ever since.