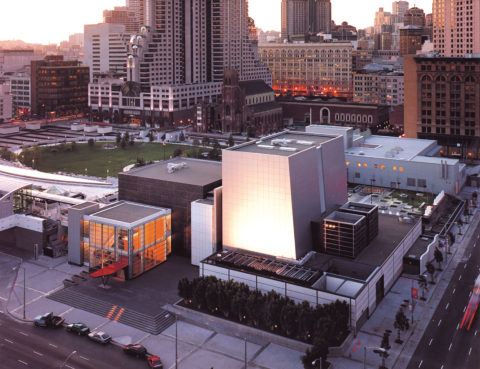 The Blue Shield of California Theater at YBCA

Conceived as a performing arts “machine,” this flexible facility is a technically-advanced venue for not-for-profit performing arts groups. A generative element of a thriving cultural district that transformed a once-derelict neighborhood, the building casts itself and audiences as performers on the public stage of San Francisco’s South of Market district.

My conceptual approach to the design envisions the theater as a playful assemblage of forms, which actively choreographs the theater experience and expresses the energy and spirit of the multi-cultural arts community.

The tension between purely architectonic concerns and social ones is expressed in the design of this flexible, state-of-the-art public theater for the presentation of drama, dance, film and experimental works. 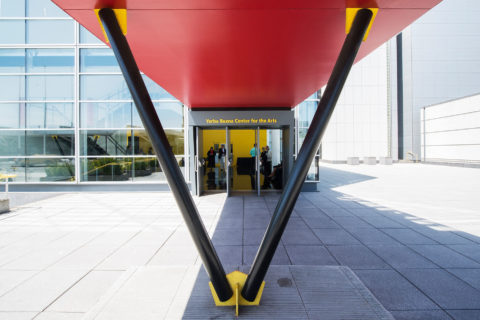 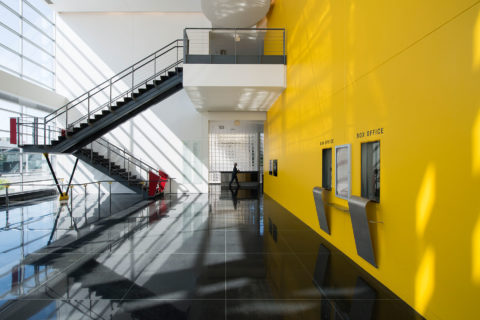 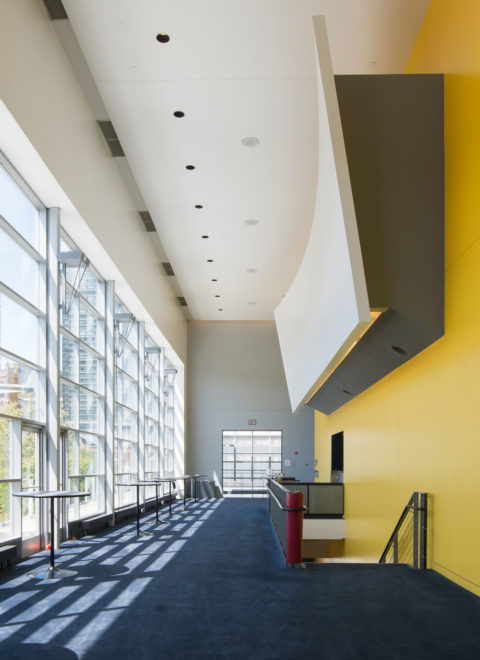 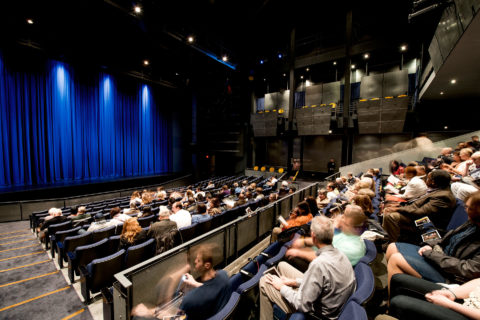 The theater is conceived as a sculptural, dynamic object in space, where no single perspective is privileged, and theatergoers engage volumes and spaces in multiple and distinct ways. The design celebrates essential volumes, manipulating visual attention through a 360-degree sequence and activating the immediate context.

The stage house and audience chamber, locked together by the proscenium, form the central theme of the design; each additional program element is defined as a distinct form to be assembled additively. 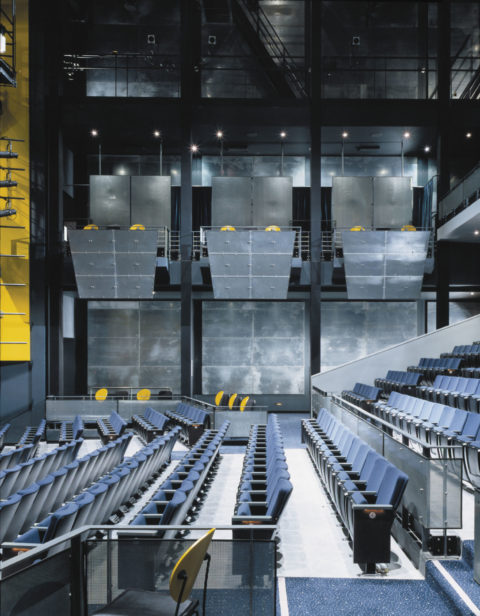 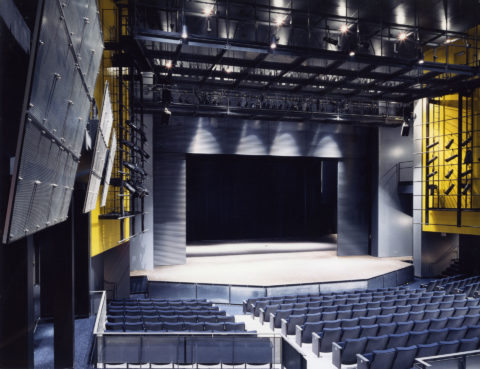 The design blurs the distinction between audience and performers: a second-story balcony doubles as a lounge for patrons and a performance stage facing the esplanade; visible from the street, the upper lobby is revealed as a public stage; and the audience chamber can merge with the stage, or the proscenium can remain intact and the building used as a traditional theater. 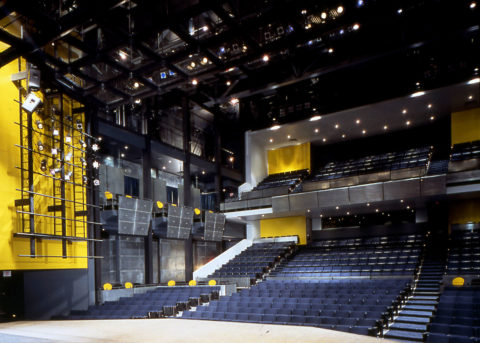 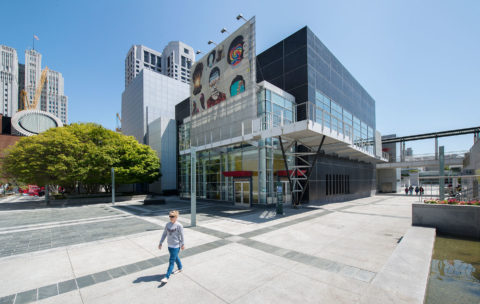 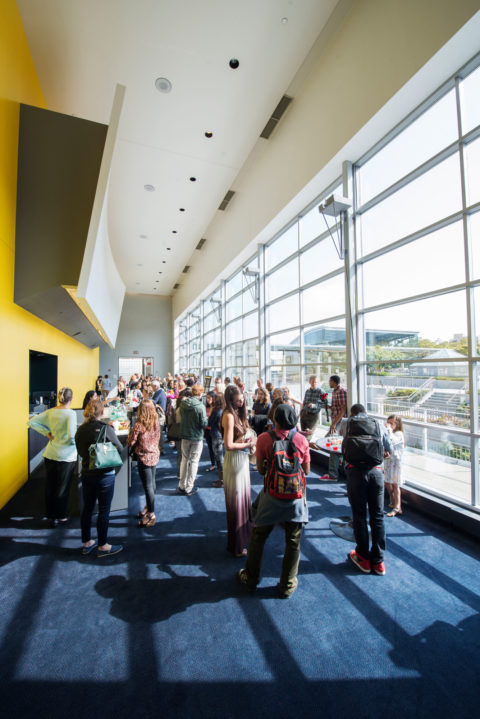 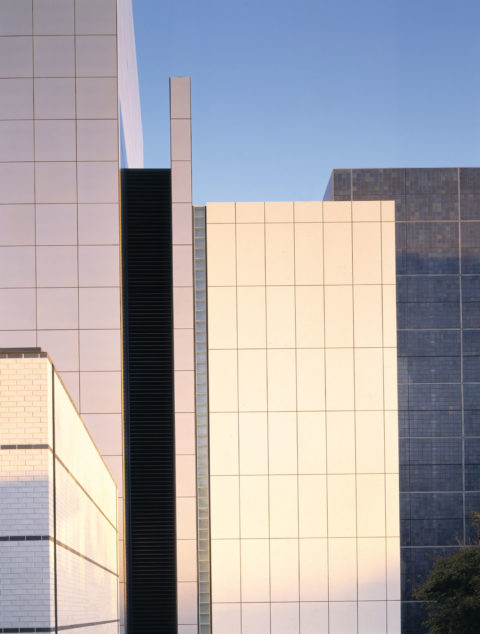 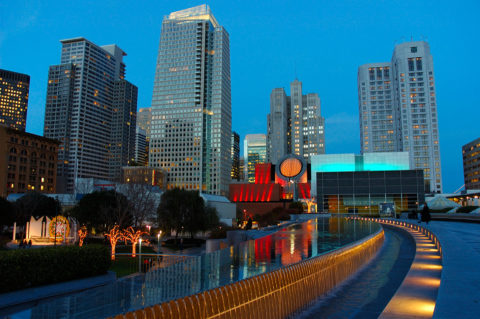 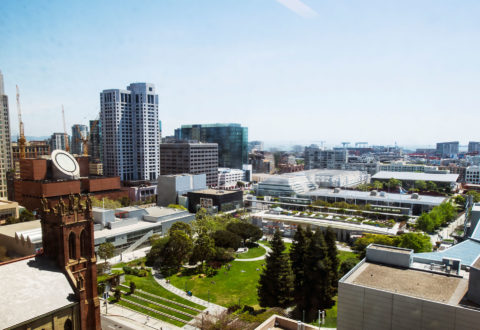 The building is a vital player in the arts district, providing a venue for myriad arts groups and adapted for uses unimagined upon its completion, including the launch of numerous Apple products.