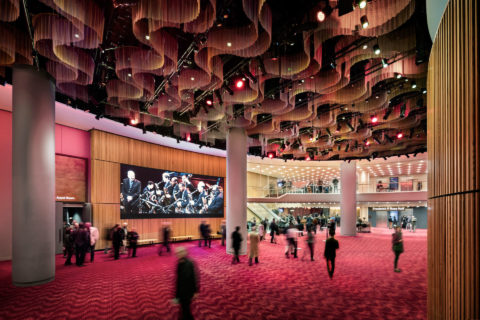 The re-design of public spaces in Frederick P. Rose Hall creates a spatial experience that celebrates Jazz at Lincoln Center’s mission: to entertain, enrich and expand a global community for Jazz through performance, education and advocacy. 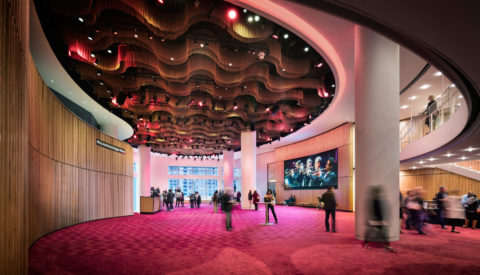 As a performing arts center that is also host to a wide range of public and private activities, Jazz at Lincoln Center demands that public spaces be flexible and allow for improvisation and privacy while meeting operational needs. The Mica and Ahmet Ertegun Atrium is a strikingly open and elegant public space, set against sweeping views of Central Park and the Manhattan skyline.

The Atrium elevates the gathering area to the high standard of the concert spaces: functioning as a “piazza,” the atrium serves the three performance venues and supports events on its own. A raised stage along the windows facing Central Park accommodates a big band ensemble, the Essentially Ellington education program and café-style seating. 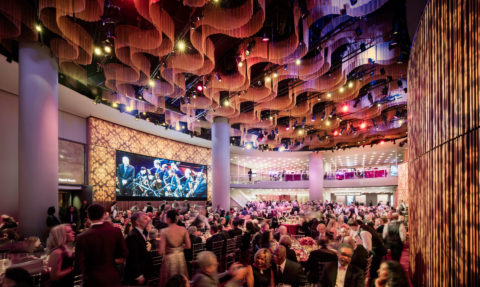 It's elegant, it's grand and it has a type of relaxed formality. It's a more welcoming atmosphere for the House of Swing… Now the public space has a warmth and feeling that was lacking before. 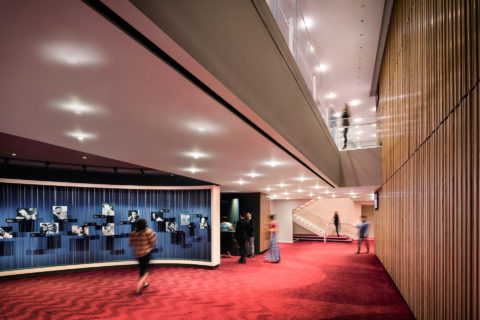 Glass staircases in the north and south provide connectivity between floors. Aside from its three main performance spaces, nearly every space is designed with the ability to be both public and private space at the same time, including the re-designed Billie Holiday Terrace, which can be closed off for more intimate, special events. State-of-the-art technology and acoustics, including a new five-panel, twenty-six-foot LED video wall, enhance public presentations and community events.