A careful blend of modern and historic elements revitalizes The Public Theater’s identity, reflects the nature of The Public’s acclaimed theatrical work, both traditional and experimental, and renders the building a welcoming, vibrant and accessible destination.

One of the first non-profit theaters in the country, The Public Theater defines its mission in terms of cultural and creative accessibility. Representing this mission in the building’s renovation design informed our approach to this historic landmark. 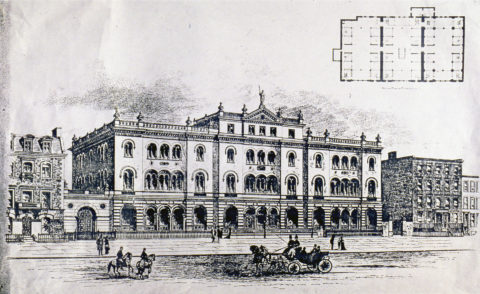 The renovation restores a sense of procession and grandeur that had been lost in unfortunate interventions to the historic structure over decades.

The design preserves the historic structure, which had fallen into disrepair over decades of neglect, and enriches the theater experience with a dramatic new sequence of arrival, enlarged lobby and modern patron amenities. 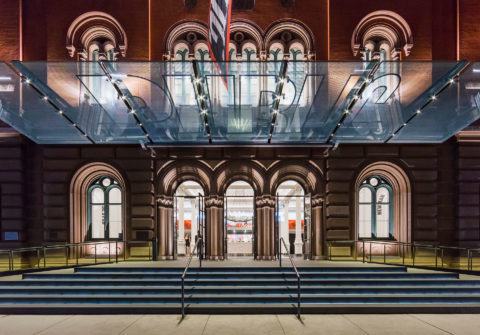 A new glass and steel canopy enhances the theater’s presence on the street, provides cover for patrons and allows a clear view of the newly restored and lighted facade above. 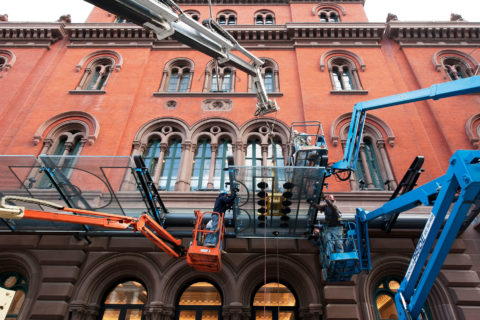 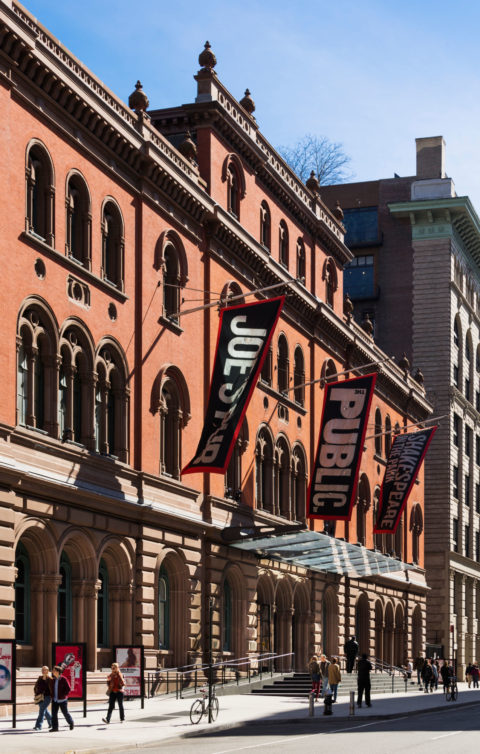 The exterior stair, accessible ramp and widened sidewalk further the mission of The Public to increase accessibility and foster public engagement. Complementing the building’s brownstone facade, the stair and ramps are monolithic granite.

The exterior monumental stair serves as an additional stage, enhancing the dynamic dialogue between the theater and the city. Its addition allowed the reclamation of lobby space that had been lost in a past renovation where the stoop was removed and the entry stair brought inside the building. 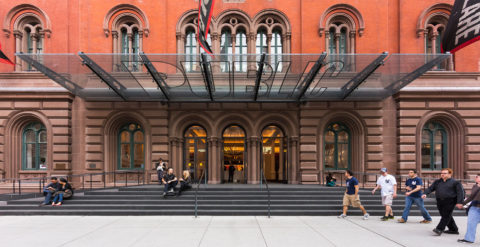 The revitalized lobby rationalizes The Public’s interior, orienting theatergoers by providing a visual connection to the various venues within the building and encourages the cross-pollination of audiences from the five theaters and Joe’s Pub. New patron amenities – box office, coat check, mezzanine overlook – reinforce the vitality of this gathering space. 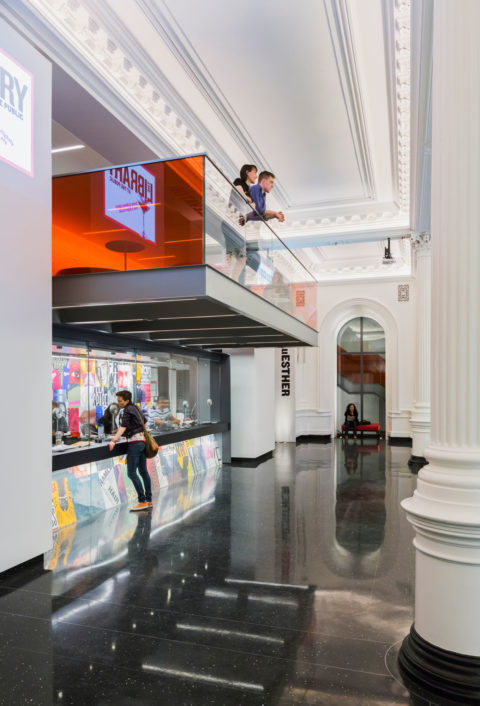 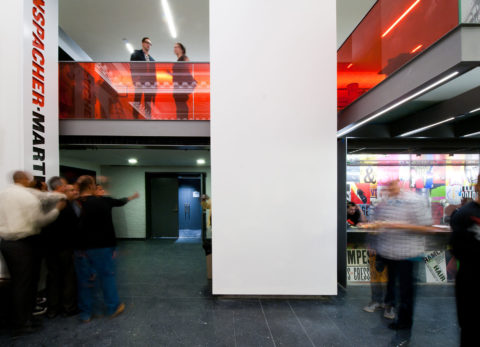 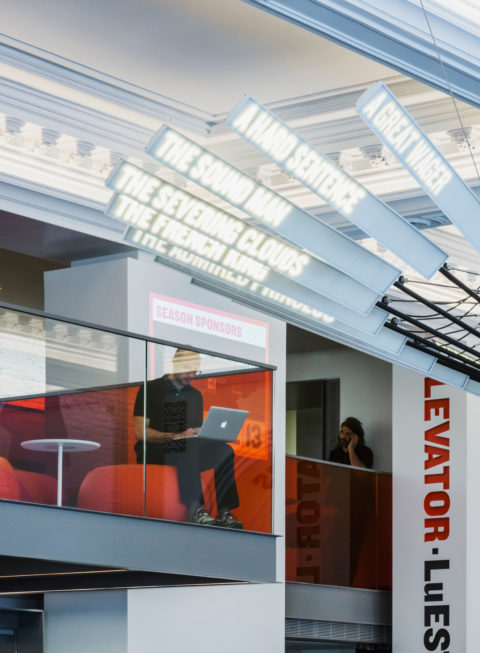 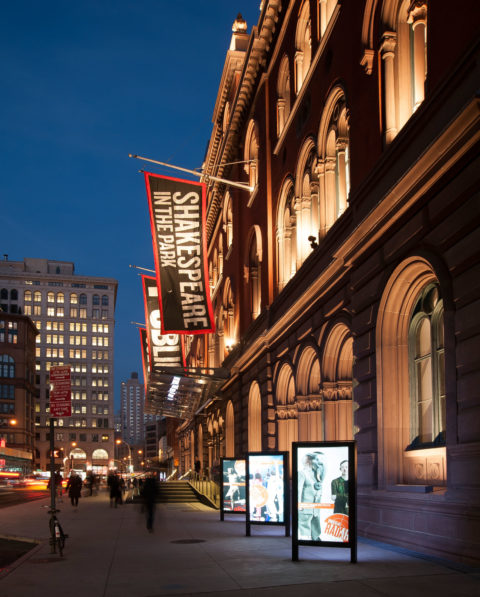 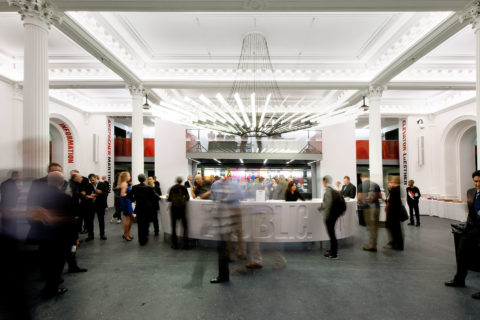