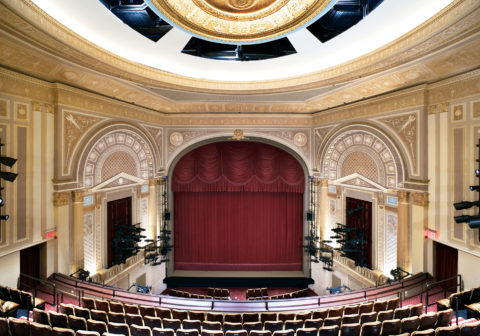 The transformation of the long-neglected and deteriorated Biltmore Theater entailed careful restoration of historic finishes and reconstruction of historic details, reduction in the volume of the poorly-planned audience chamber and introduction of advanced technologies to create an ideal venue for a prominent theater company. 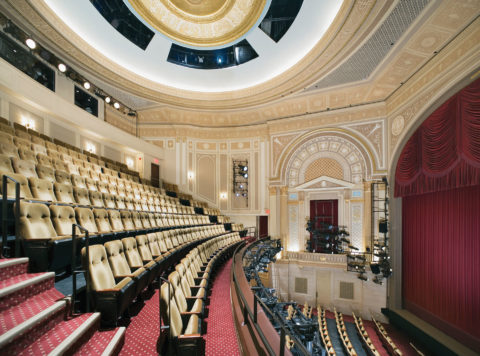 In 1999, Barry Grove, Executive Producer of the Manhattan Theatre Club, contacted me to help them find a Tony-eligible Broadway venue. Standing outside at the intermission of The Iceman Cometh, I looked across 47th Street and saw the shuttered Biltmore Theater. I knew instantly it was perfect for MTC. 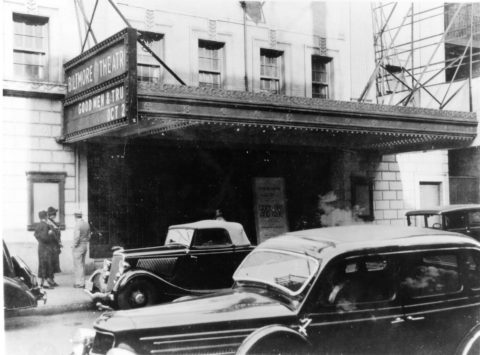 Moving the back wall toward the stage eliminated an overly deep balcony and undesirable seats beneath it; the stage was lowered, orchestra floor increased and balcony reconfigured with fewer seats. 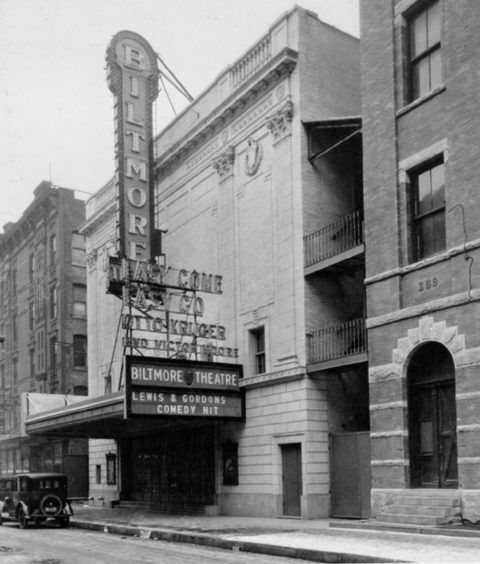 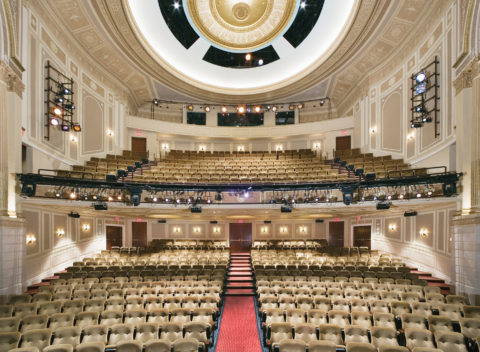 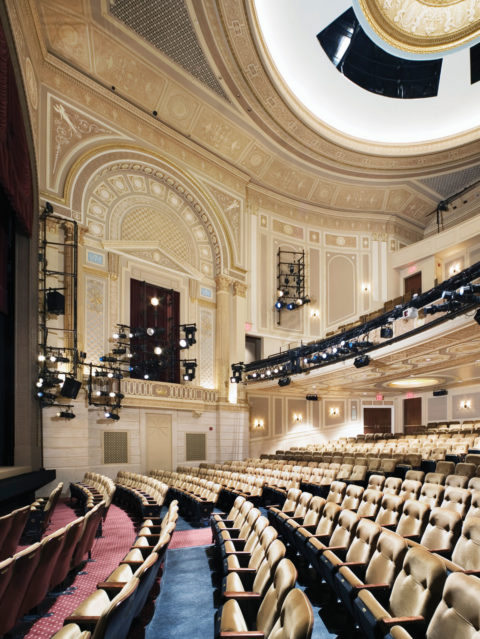 The resulting intimacy (600 seats from the original 1,000) directly supports MTC’s mission to present new and often-experimental theater in a venue that intensifies the theater experience.

Commodious and comfortable amenities were introduced in the "found" spaces created by moving the rear of the auditorium forward and in a new lower level space excavated from the rock. These include: lower and upper level lobby spaces, expanded and accessible restrooms and lounges – a patrons' lounge overlooking the street on the mezzanine level and lounges on the lower level and at the top of the balcony. 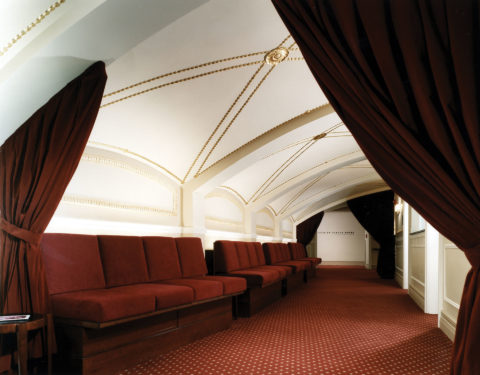 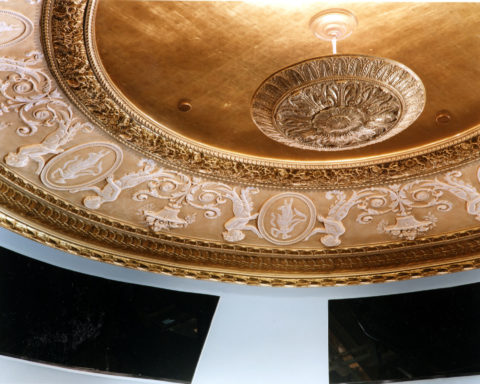