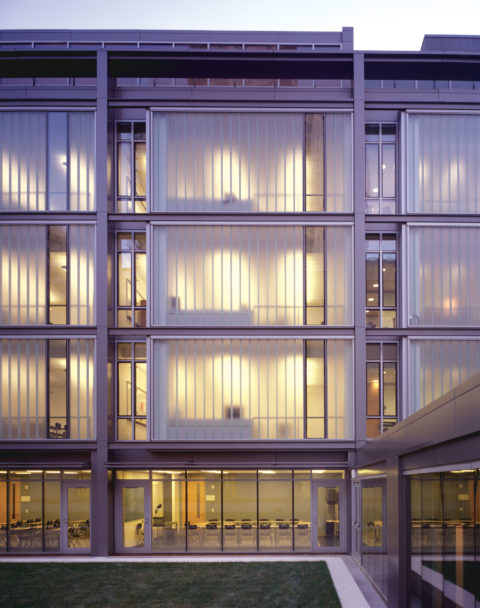 In its organization, façade articulation and materials palette, the design of the Lycée Français de New York creates a dynamic learning environment, embodies the rigor and order of the school’s French pedagogy, and revitalizes its context, conceptually linking it to the scale, texture and dimensional rhythm of the original residential neighborhood. 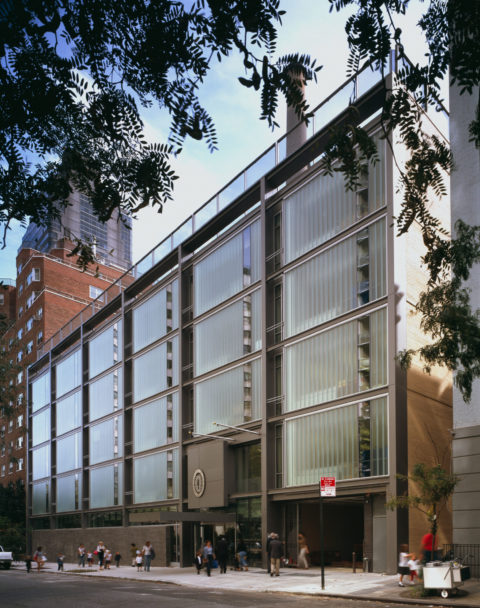 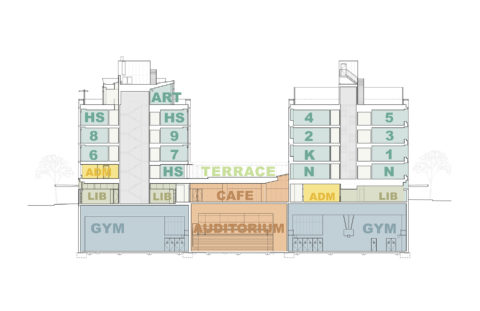 Located on a through-block site, two five-story structures are connected by three full-lot floors and a north-south bridge at the second level.  Shared program spaces such as libraries, cafeteria, auditorium and gymnasia unify the school at the three lower levels. The school is organized around a central landscaped rooftop courtyard accessible to both upper and lower schools. 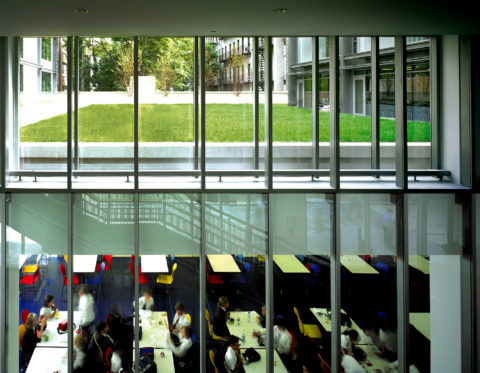 The design process was an iterative one that thrived on the intersection of our individual and collaborative explorations: of personal experiences in France, individual interpretations of French culture and education, the rich tradition of innovation and invention in French architecture and a shared commitment to the creation of a building expressive of the mission and aspirations of the school.

Contrasting materials respond to the building’s north/south orientation, define the exterior identity of the school and express different aspects of the school’s history and mission. South façades are pre-cast concrete, and north façades are primarily a translucent channel glass system. A framework of horizontal channels and vertical column enclosures unifies the overall design. 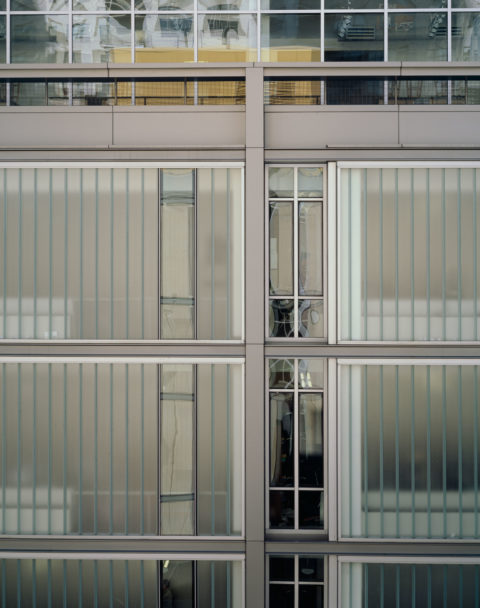 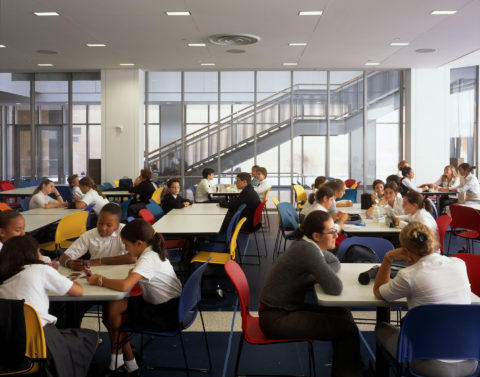 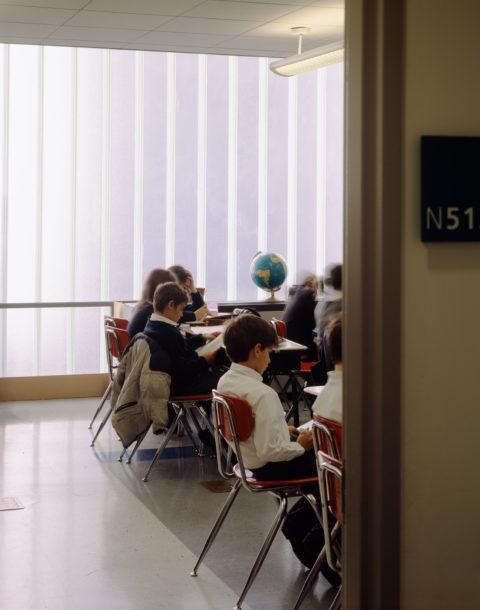 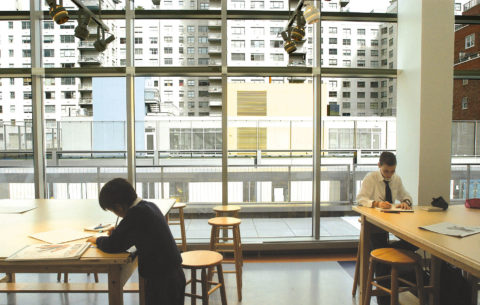 The naturally-lit interior spaces of the new Lycée reflect the school’s mission to create a dynamic environment for learning. The openness and transparency between levels and adjacent spaces reinforce a sense of community and promote interaction between students, teachers and staff. The typical classroom corridor layout forms a loop on each floor, encapsulating the core and support spaces at the center and providing access to classrooms along the perimeter. 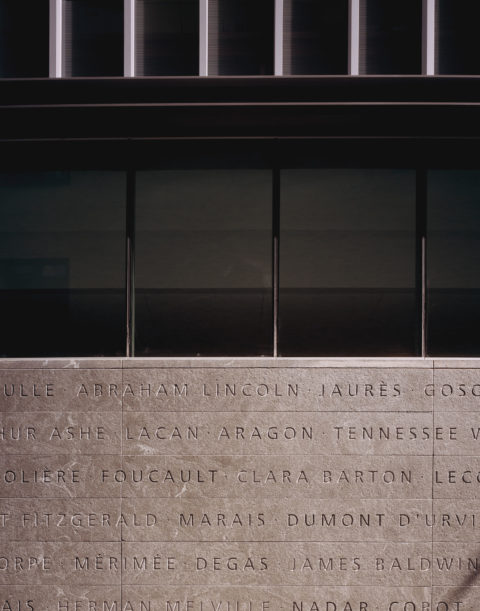 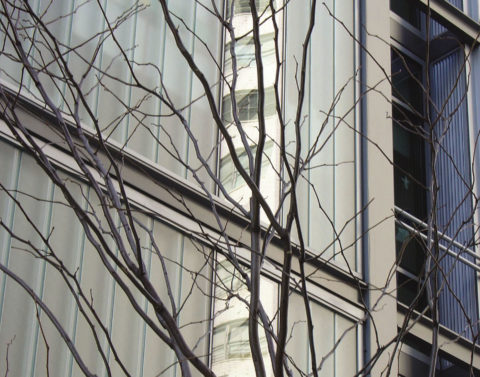 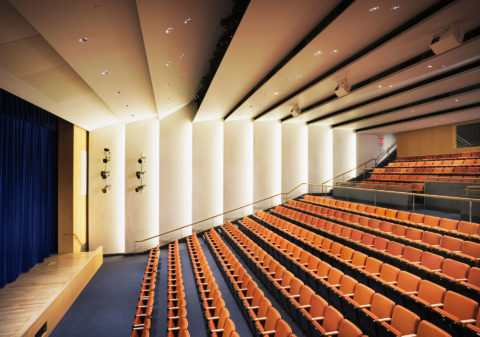 Additional space was created below grade by excavating thirty feet into the bedrock to provide for large collective spaces such as the auditorium and gymnasium. 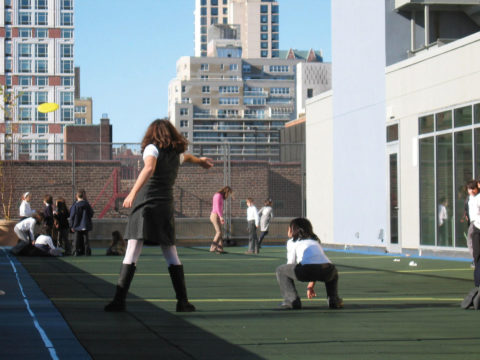 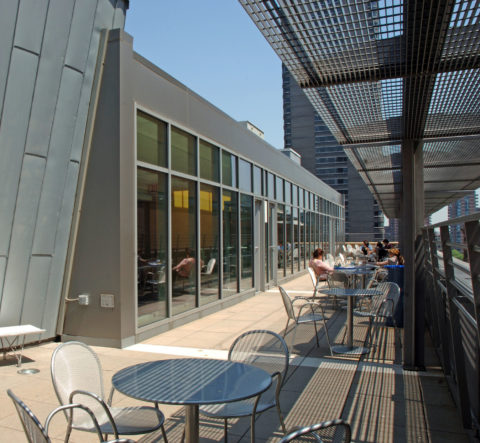 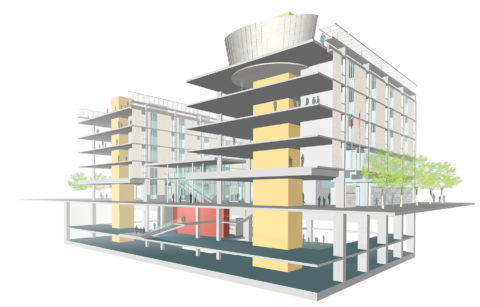 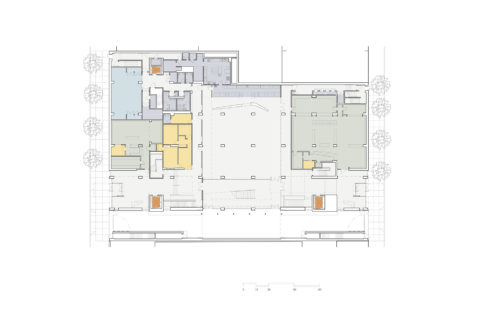 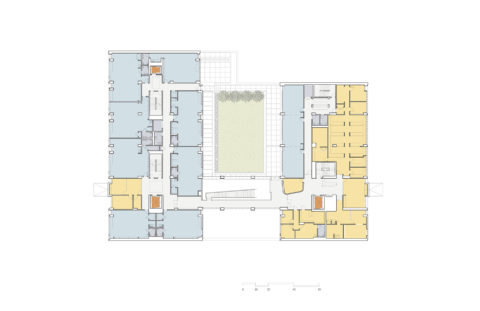 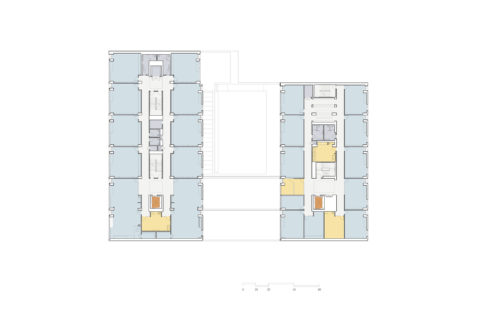 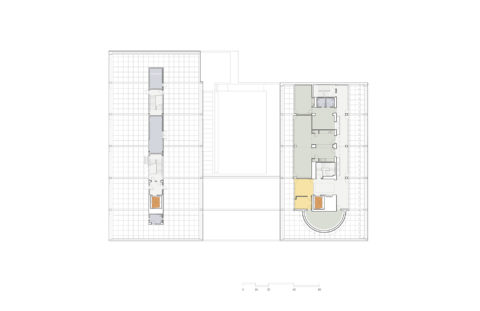 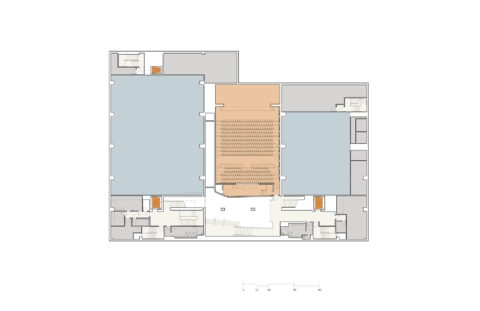 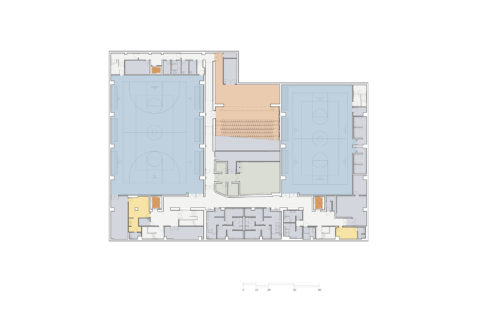 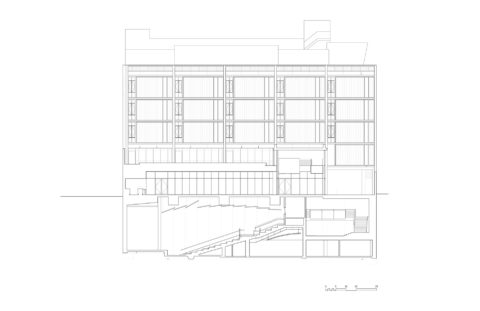 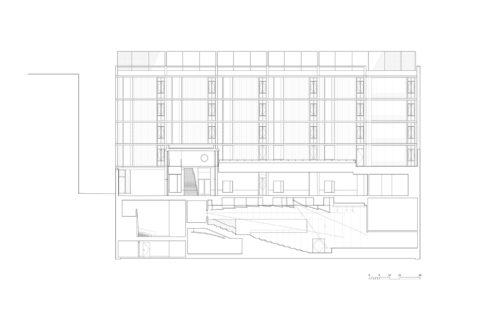 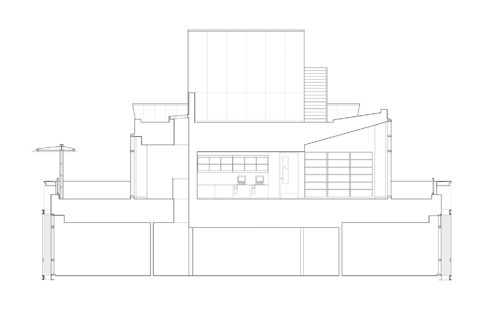