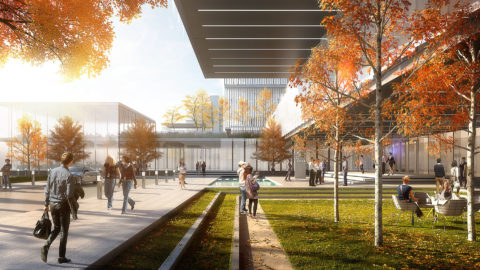 Inspired by the musical trope of “variations on a theme,” the seven buildings that comprise this mixed-use development employ a consistent design vernacular while playfully varying in massing, floor plan and siting. Together, they form a cohesive yet differentiated campus that interacts with the main thoroughfare to the north and the canal to the south. 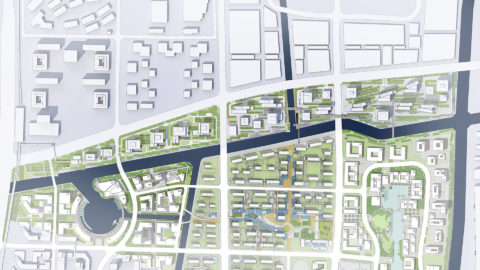 The Puijiang Science and Creation Corridor integrates landscape with office building program as a seamless smart city collaborative workplace. We embrace technology and an environmental conscience in design, creating inside outside spaces for café, conferencing and exhibition. 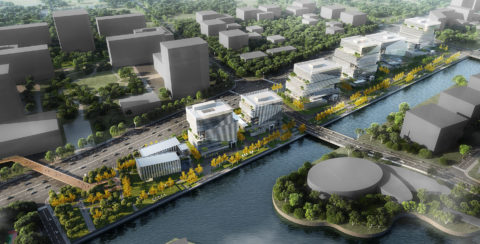 The Pujiang Science and Creation Corridor is located just outside of central Shanghai, in a burgeoning residential and business neighborhood.

The unique shape of the two kilometer long, narrow corridor site prompted the development of a variable podium scheme to create dynamism within the constraints of the plot. The buildings are positioned on a true north-south axis in response to the non-linear boundaries of the site, creating spatial and landscaping opportunities along the bank of the canal. 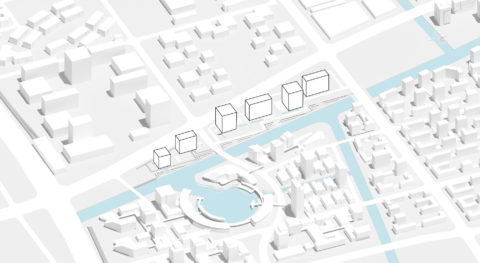 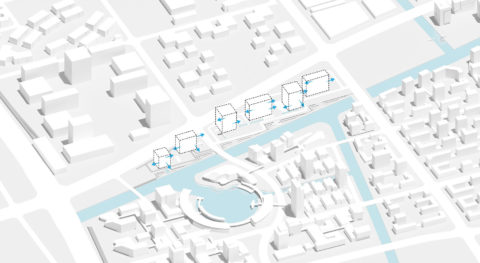 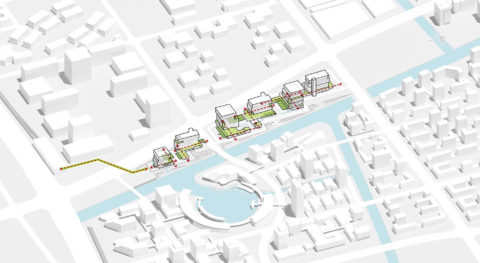 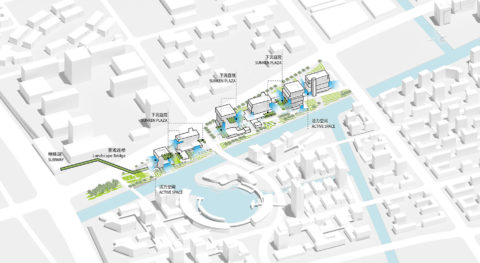 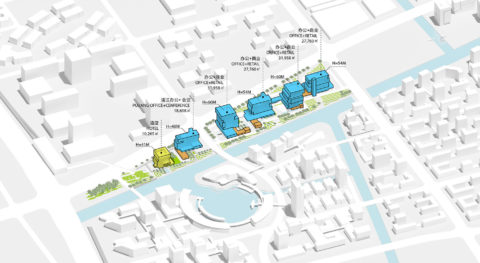 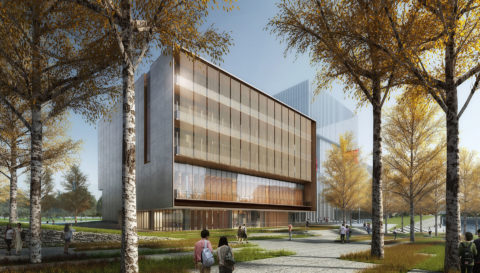 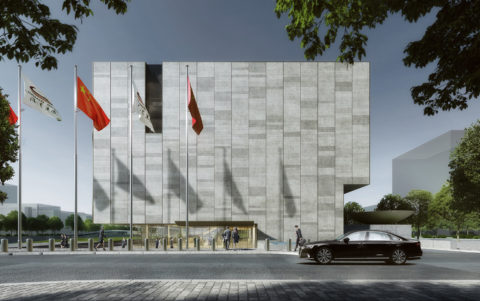 The Expo building on the western end of the site acts as a gateway structure to the campus, seamlessly integrated with the public park and nearby subway station. The Expo building is smaller in scale than the six other office buildings, welcoming users and public alike into the corridor grounds. Each of the seven buildings engages with a consistent visual language, promoting a harmonious campus identity. 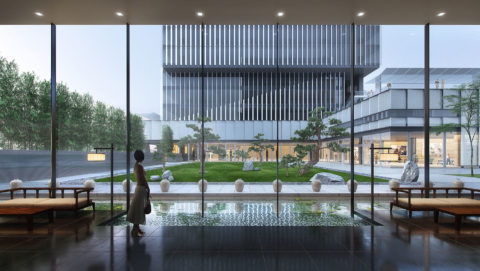 Each of the office towers uses localized cantilevers and eroded corners to create individualized collaboration gardens, courtyards and terraces that connect indoor and outdoor space. Vehicular drives and ramps are thoughtfully integrated with plantings, entries and building masses.

The canal bank is designed as a fully landscaped public park that capitalizes on the water views, while mitigating flood risks with a stepped section. This green edge, together with the sunken courtyards in front of the office buildings, provides a memorable drop-off and entry experience for visitors and occupants of the campus. 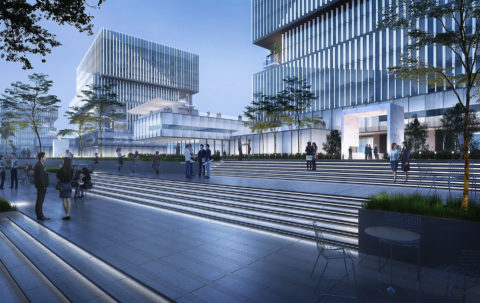 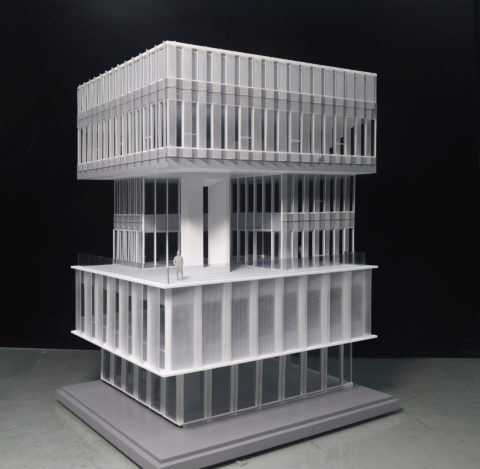 The façade design, shared across the campus’ six buildings, enhances the inherent dynamism created by the building massing, while also evoking a sense of iconic simplicity. The tower façades are primarily composed of a window wall system with external shade fins made of two different depths. By varying the depth of these fins made out of perforated aluminum, a series of diagonal readings are implied on the facade, working in tandem with the dynamic shifting of the architectural volumes to define an iconic yet abstract identity.

The podium façades are composed of aluminum-framed openings that enhance the flow between the interior and exterior, while relating to the module of the façade above. This strategy underscores the flexibility of the podium-based massing scheme, creates a consistent yet varied appearance to the volumes of space and reduces solar heat gain and glare, thereby significantly enhancing occupant comfort. 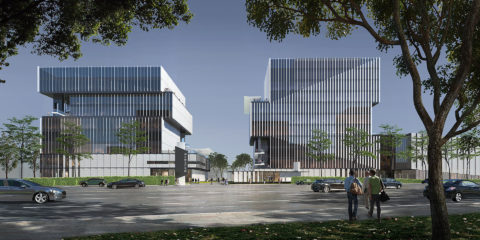