Named ‘The People’s Performing Arts Center’, the project will serve as a beacon of culture in the ascendancy of Shenzhen as a world class metropolitan center and will establish a new paradigm at the intersection of art and technology. 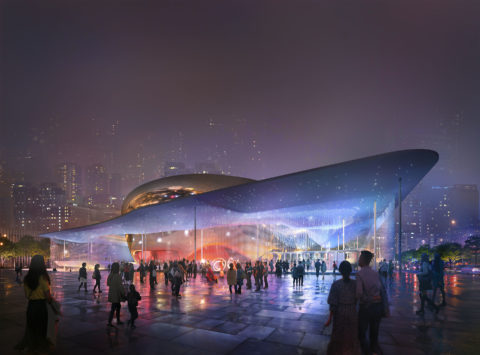 Shenzhen is a place of rapid transformation and incredible energy. When we conceived the design for this city, we wanted to create something emblematic of its vitality that is celebratory and welcoming – the two ‘jewels’ are both expressive of the creative power of performance, and reflective, engaging with the civic life outside. 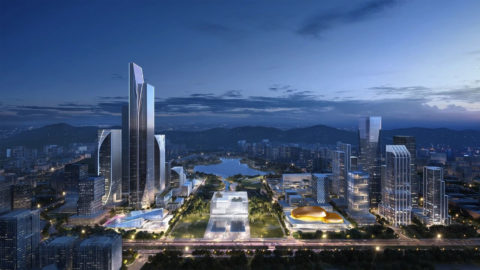 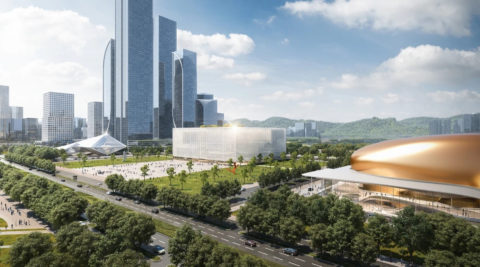 The building will be located in downtown Shenzhen near the Civic Center linked to a new subway station hub and underground retail complex. It is one of three new cultural buildings being developed concurrently on adjacent sites that together will form a new ‘cultural triangle’ for the city of Shenzhen.

The design features two richly textured, golden egg-like shells that reflect the duality of Shenzhen’s village past and urban future and creates a dynamic building whose appearance changes with the time of day and season. The two primary elements are both dependent and complimentary of one another, just like the relationship between performer and the audience. The undulating forms, as well as the circulation inside, recall the movement of water in the nearby bay. Relative to the surrounding context, the lower scale building design is meant to have an open visual flow. 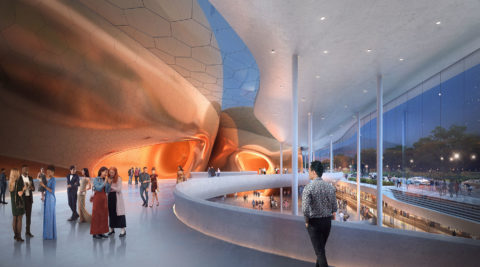 The Performance Center includes an elegant transparent lobby that welcomes an unobstructed visual connection to the city and surrounding parks. Seated within the multilevel atrium, the two golden shells encase the Dream Theater and Star Concert Hall. In addition to various flexible practice rooms, rehearsal space, dressing rooms, and scene and paint shops, the program also includes a variety of public amenities including a restaurant and exhibition hall. 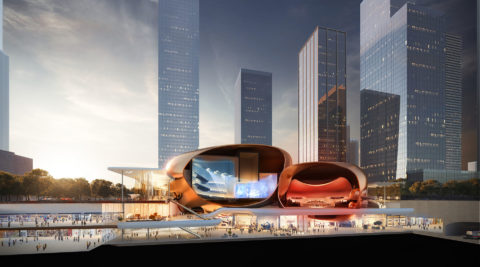 The Star Concert Hall exemplifies a seamless integration of architecture, technology, and the highest standards of acoustics. The oval shaped, vineyard style hall will have a stage that can fit a full-sized orchestra and seating for around 800 patrons. The Dream Theater will be a state-of-the-art performance venue where the world’s top performers can present their latest work and around 1600 audience members can enjoy an all-encompassing experience in sound, light, and projection. Additionally, generous performer accommodations and technical spaces will give the Center the flexibility to become a producing theater company and a home for a future Shenzhen orchestra. 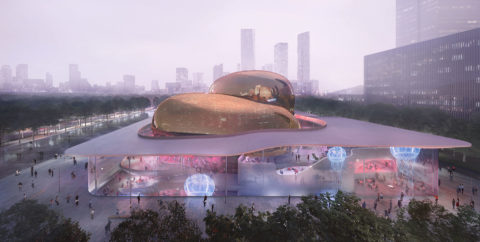 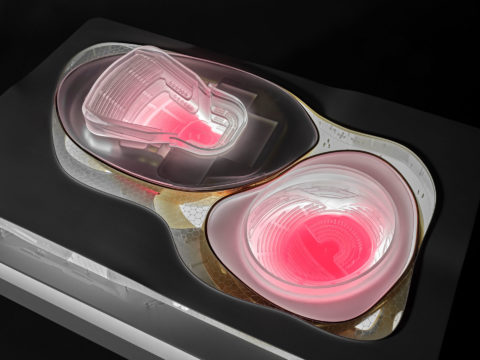 The project will serve the global arts community and the citizens of Shenzhen alike – reimagining the future of the performing arts for all to experience. 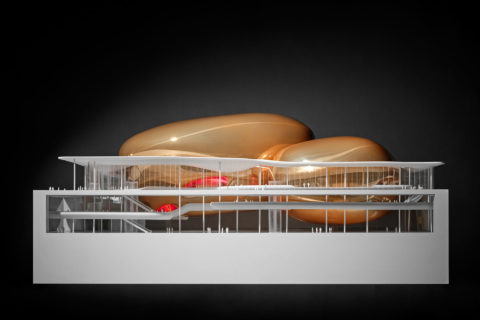 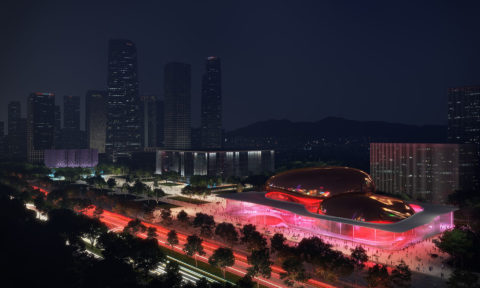