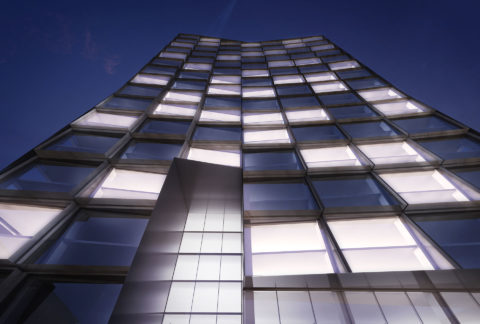 Located on a prominent site next to the Yangpu Bridge in Shanghai, this project catalyzes a historic working waterfront with a new mixed use development to envision a new civic space activated by a 24/7 mix of retail and office space. 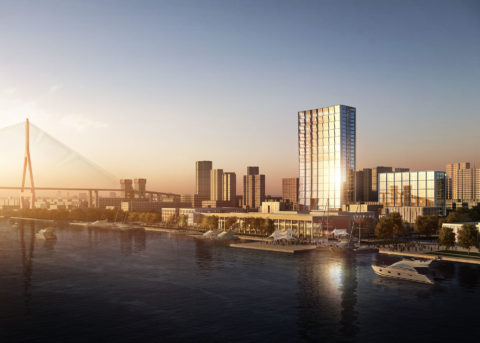 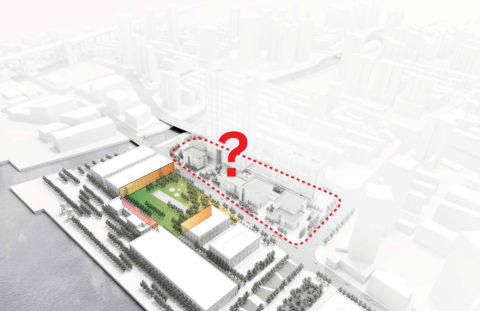 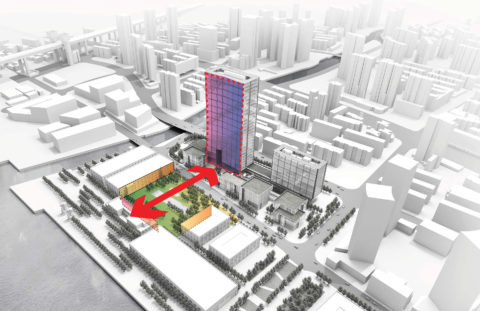 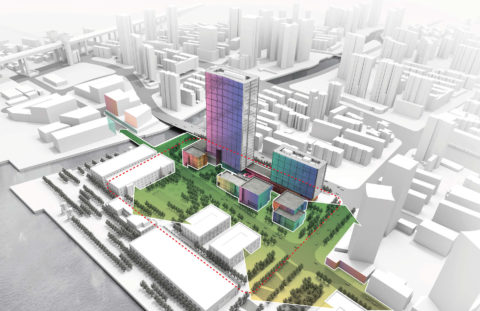 The design makes strong programmatic and visual connections with the city at three scales. At the scale of the city, the design’s primary tower focuses direct views of the Shanghai Pudong skyline. At the district scale, the design makes visual connections with the adjacent bridge and river. Last, at the neighborhood scale, the project makes direct spatial connections to the adjacent Minsheng Harbor, an enclave of existing harbor infrastructure buildings that will soon be transformed into a cultural events destination and retail hub. 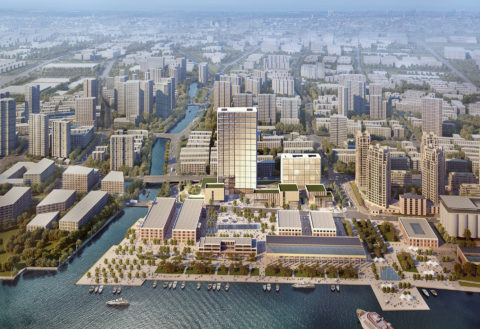 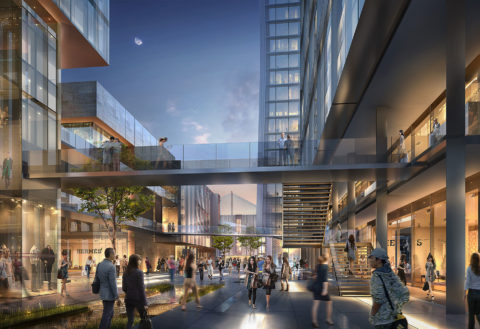 The design’s gridded façades draw from the industrial aesthetic of these adjacent buildings, making a strong visual connection between old and new buildings in this district. 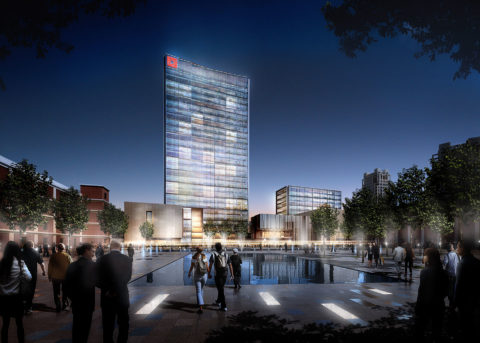 The project includes a 30-story office tower, a 12-story governmental office building, and a series of retail volumes, all of which are arranged around two civic spaces. A pedestrian shopping “street” cuts across the site, while a primary axis connects the project’s main tower to the main civic plaza in Minsheng Harbor.