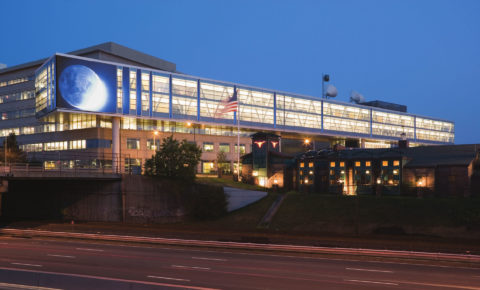 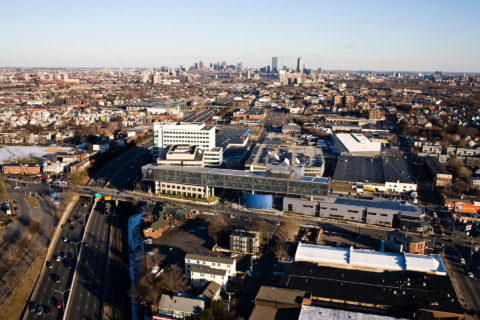 WGBH imagines itself as an ‘idea factory,’ and indeed it is a place with a creative nature that is nonetheless straightforward, clear and without pretention. Its building is expressive of the intense and diverse creative efforts that are an everyday occurrence and foster such creativity every way it can. 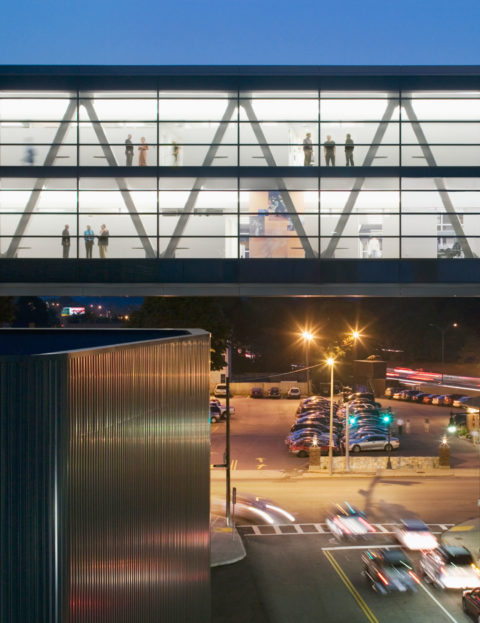 The bridge-inspired design strategy consolidates WGBH’s operations for the first time, ameliorating WGBH’s former dispersal across thirteen buildings. A dynamic connector beam which hovers above the street, unifies two sites that are bisected by a public roadway. 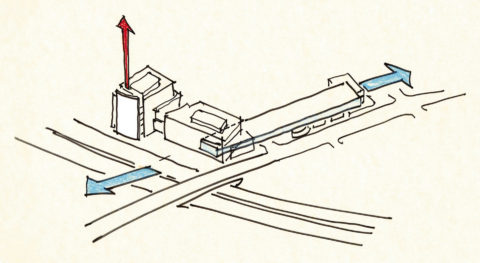 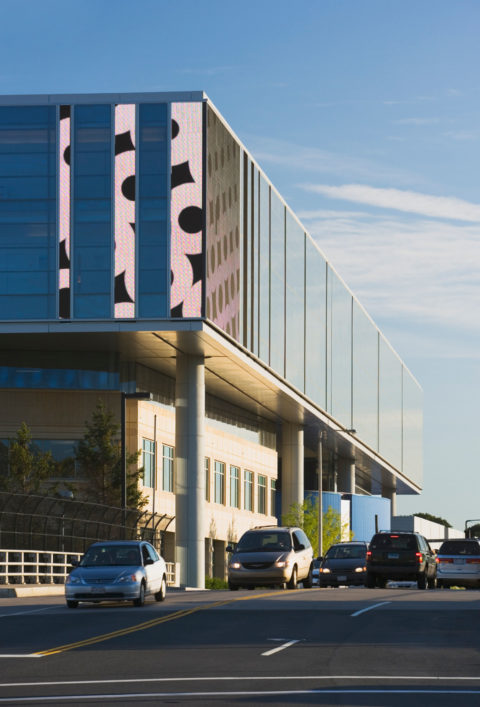 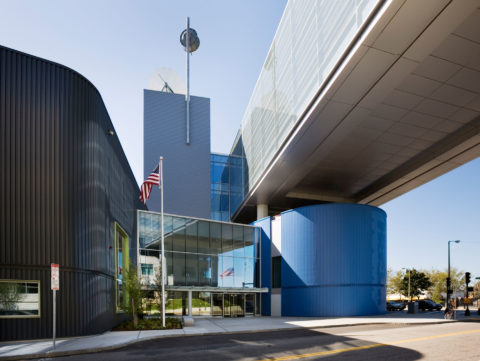 The transparent beam houses WGBH’s content providers, bringing television, radio and digital together for the first time and fostering interaction and the cross-pollination of ideas. The beam is the conduit between technical spaces, housed in a new building and administrative spaces in a pre-existing office building. 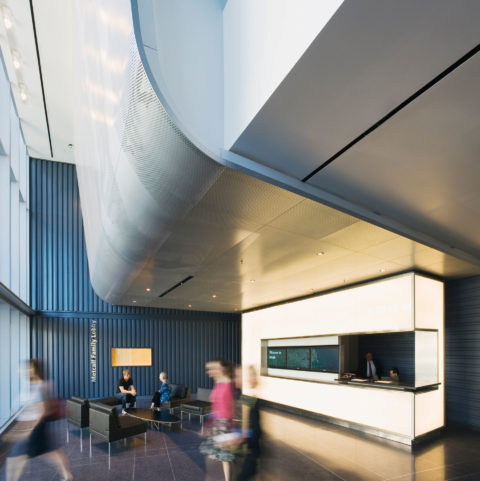 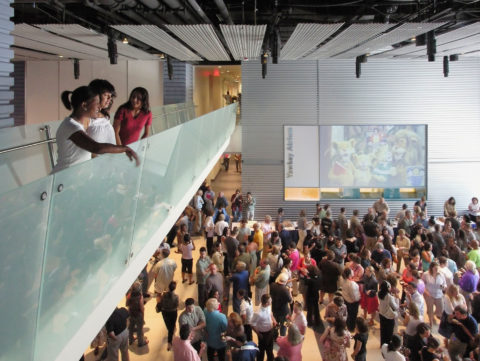 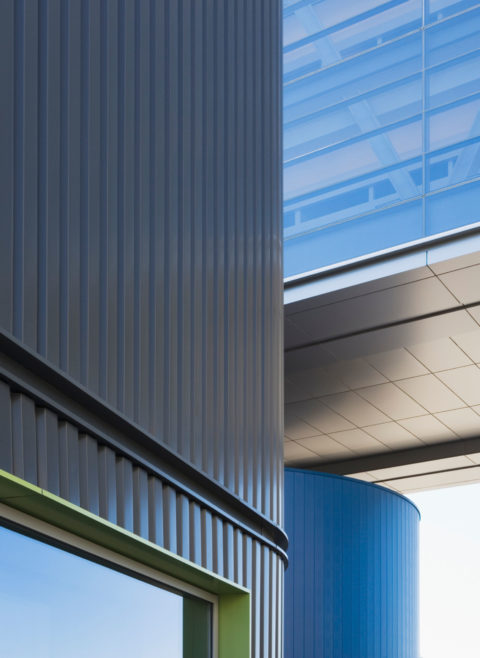 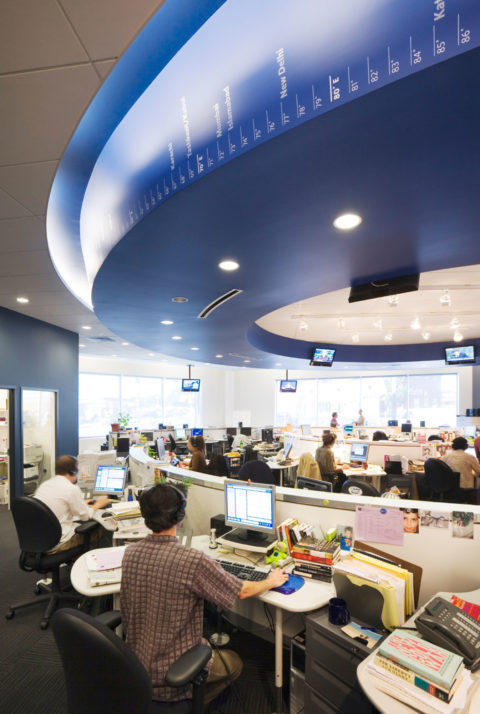 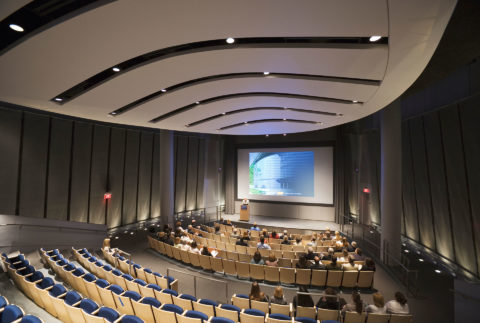 On a prominent site directly adjacent the Turnpike, the building raises the institution’s visibility and underscores its public mission. Befitting its public identity, the project employs modest materials in unexpected ways. 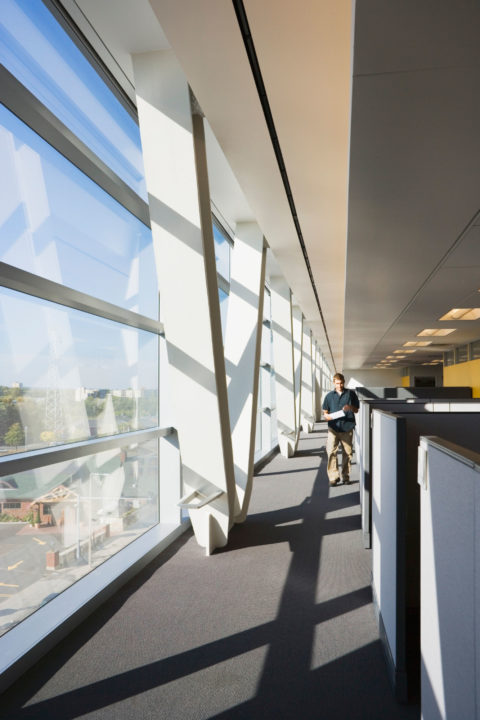 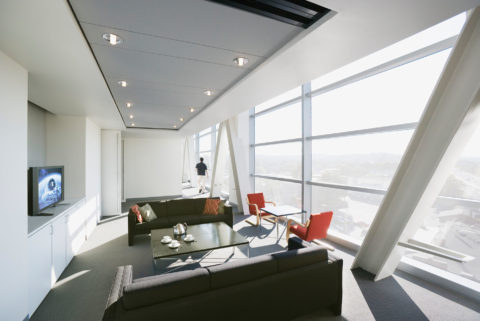 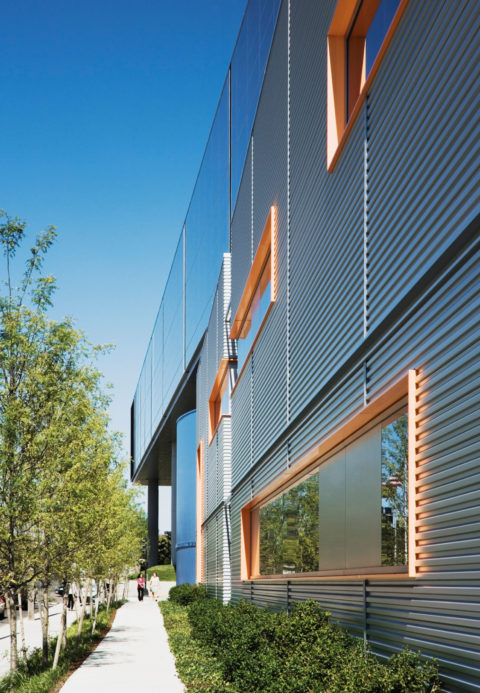 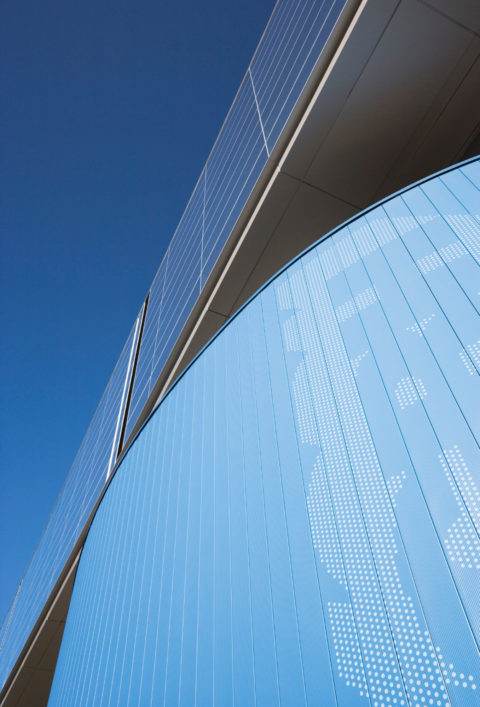 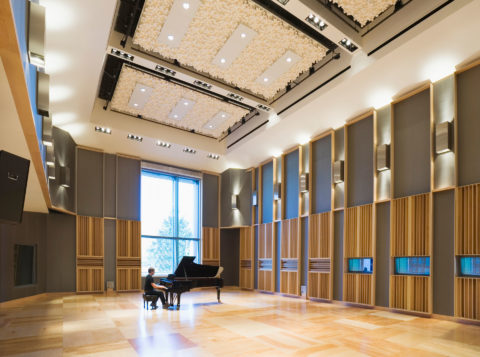 The west side of the building is a communication device; its glass surface incorporates a digital skin of programmable LED panels facing the Turnpike. The digital imagery is drawn from WGBH’s programming and is updated daily to inspire and engage the more than half a million people who drive past each week. 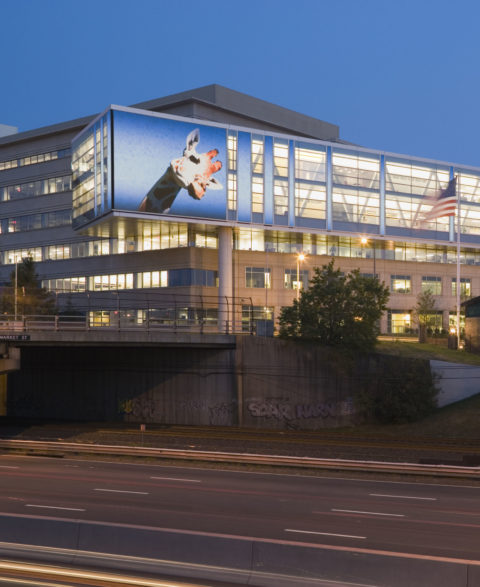 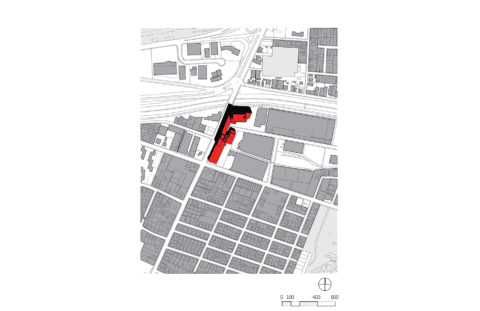 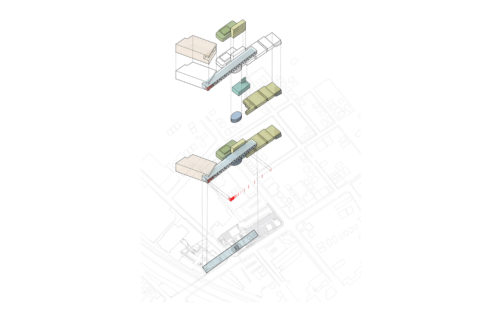 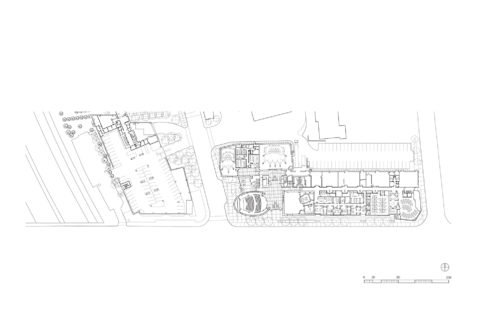 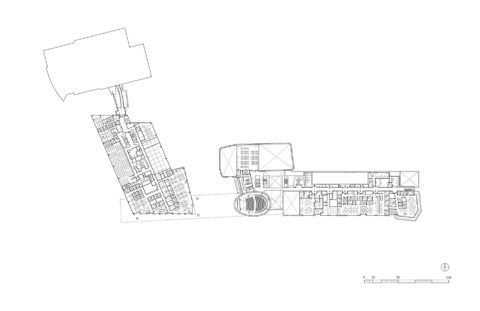 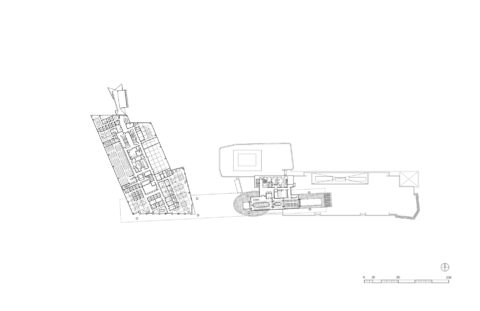 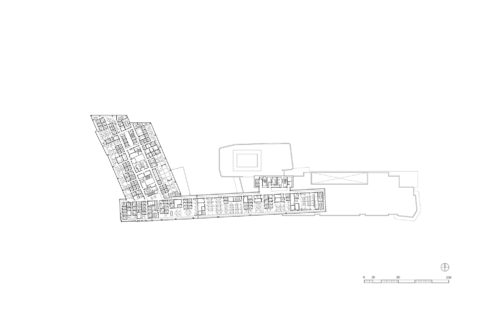 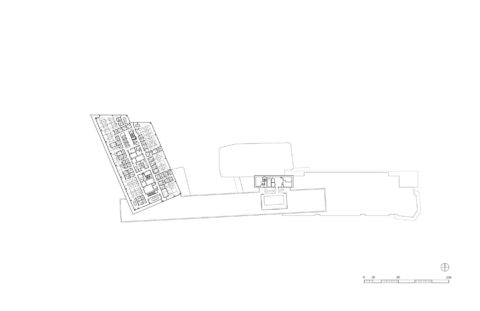 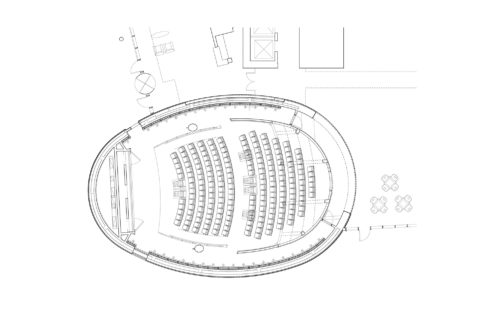 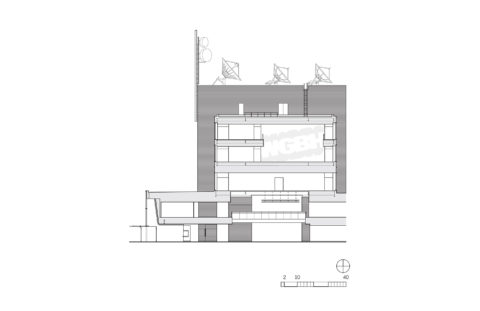 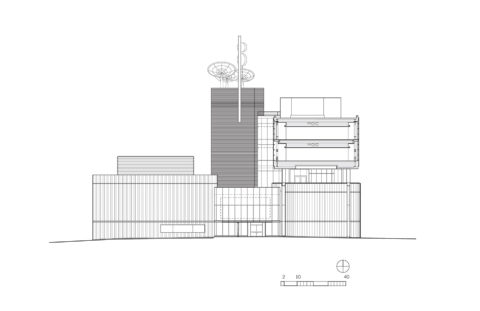 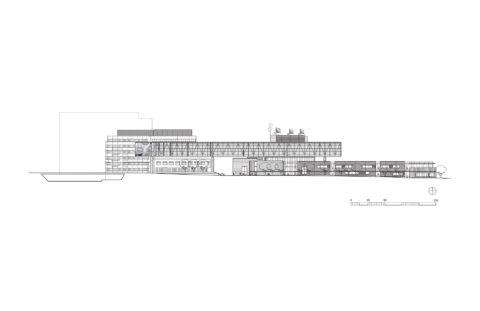