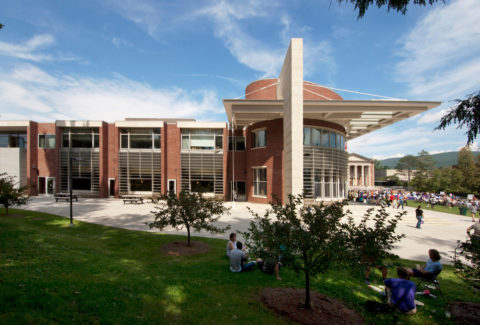 The place where everyone meets, sees and is seen, the Paresky Student Center creates a dynamic crossroads at a pivotal location on campus, contributing to a greater sense of community. 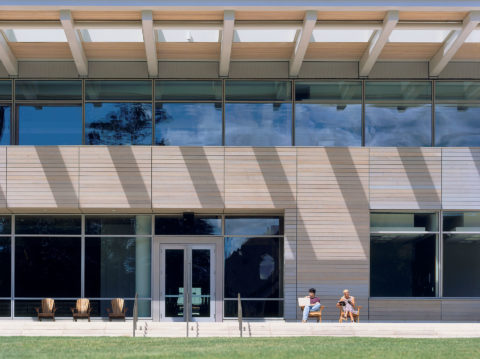 [The building] fulfills the ambitions of its many creators, not only us architects, but our thoughtful, creative and demanding clients. They have imbued it with the character that is unique to Williams, made sure we understood what that meant, and helped it take its place at the center of student life. At last the Paresky Center has joined the conversation on Chapin Lawn.

On Chapin Lawn, the central green space on Williams’ historic campus, the building is a focal point for campus social life, providing space for formal and informal dining, meetings, gatherings, performances, and study and lounge areas. 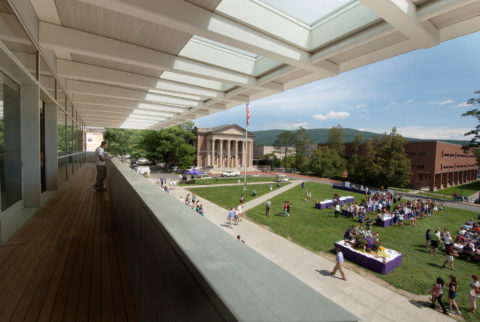 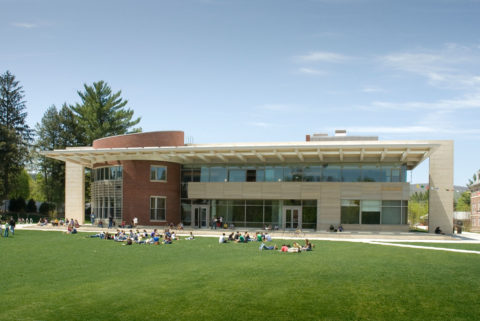 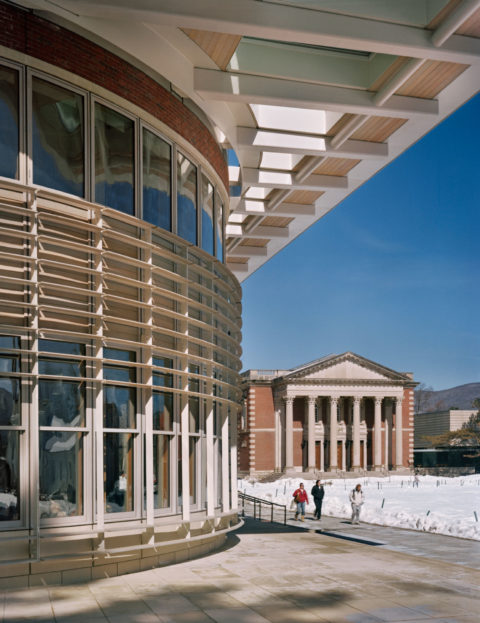 The new building achieves a balance: in its material quality it relates and scale to the College’s building traditions, while in its forms and massing it establishes a forward-looking architectural identity emblematic of the College’s progressive future. 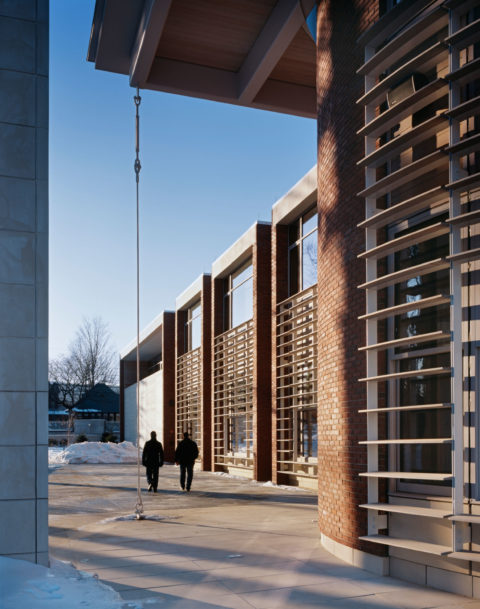 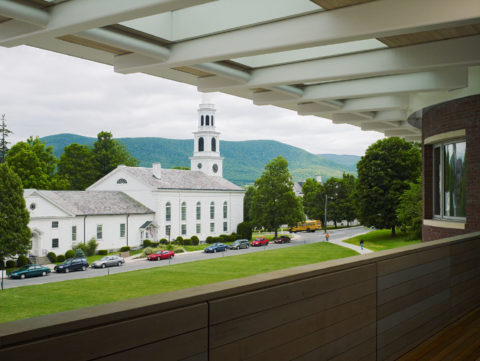 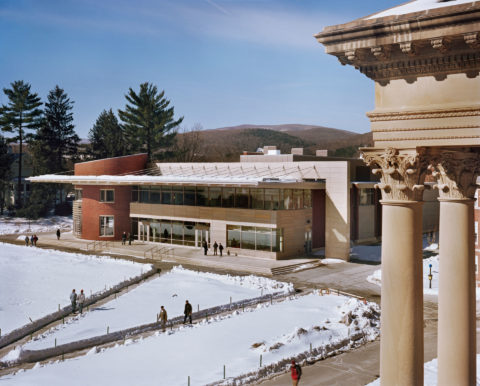 The design reinforces the principal east-west and north-south student pedestrian traffic patterns to create a dynamic and vital crossroads of student life. 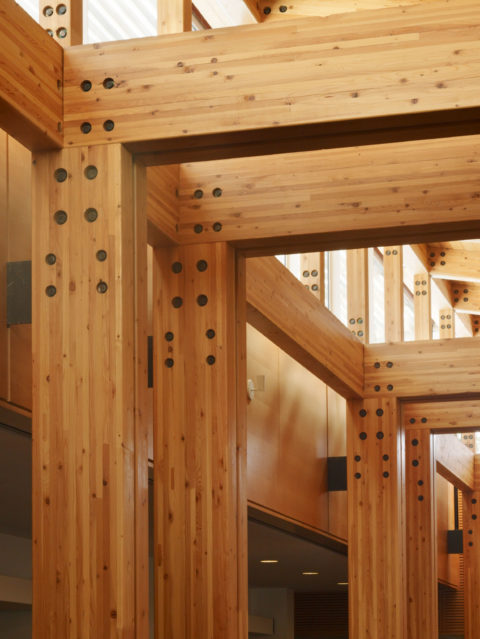 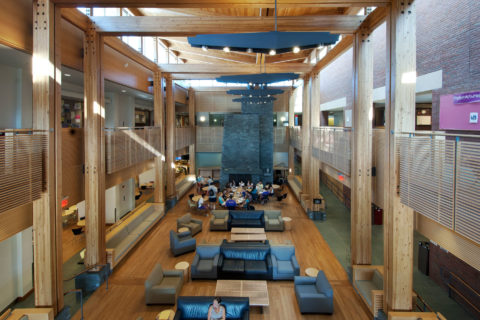 A double-height central space inspired by the rustic construction, comfortable furnishings, generous proportions and open fireplaces of the great nineteenth-century national parks lodges, organizes the building. In the New England tradition, a double-height porch provides a welcoming portico and gathering space, usable through most of the year. 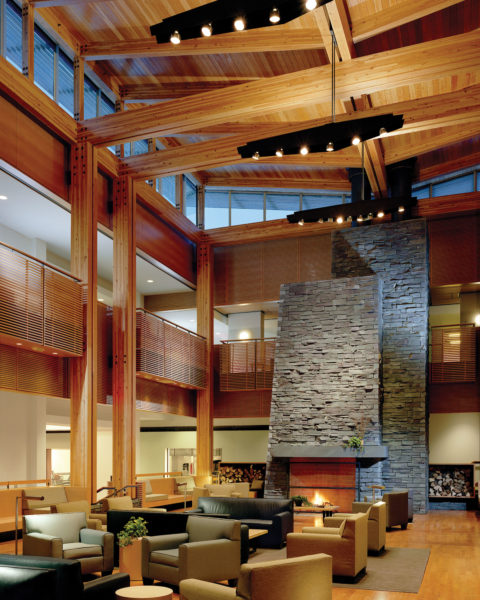 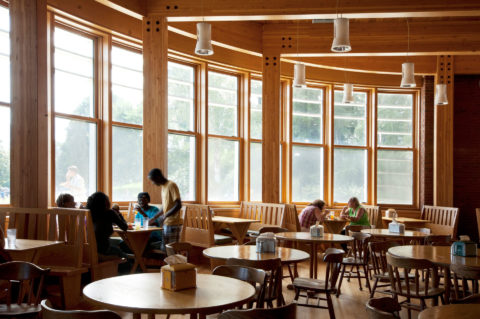 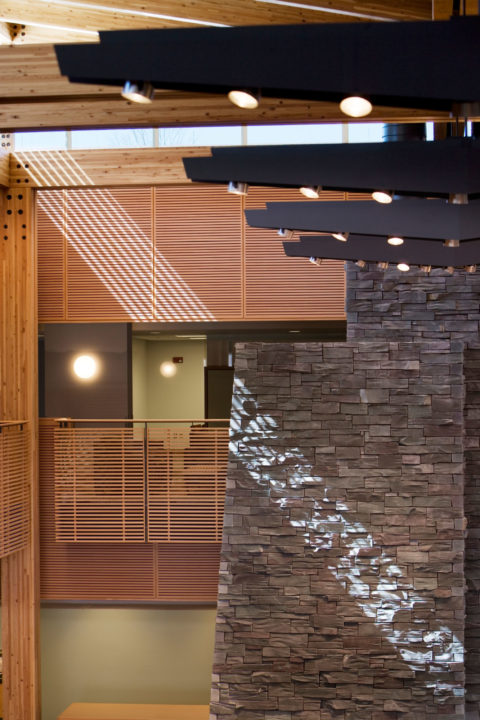 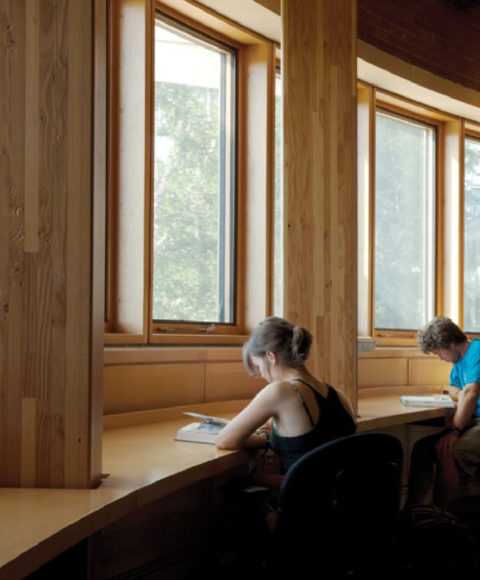 The extensive use of local materials such as wood from Williams’ own forests, Vermont slate, brick and cast stone, all resonate with past and present Williams’ buildings. 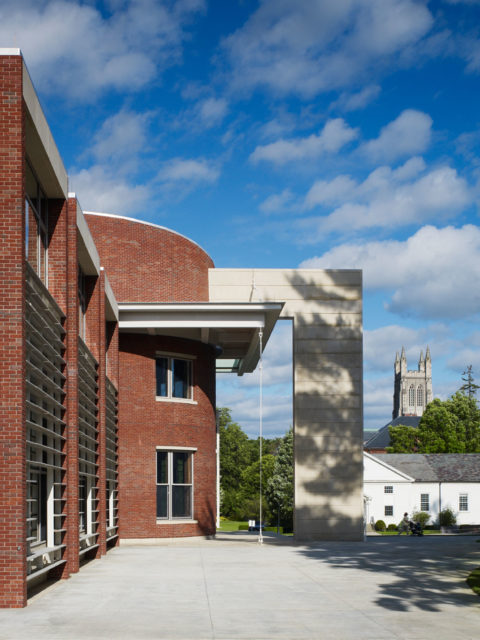 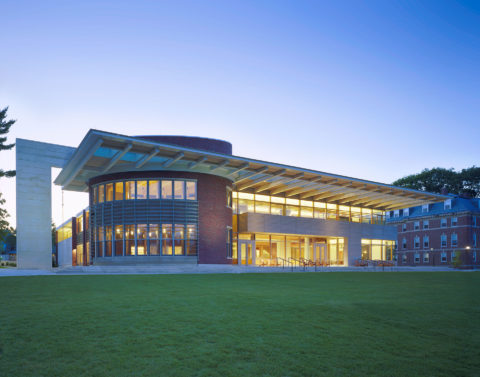 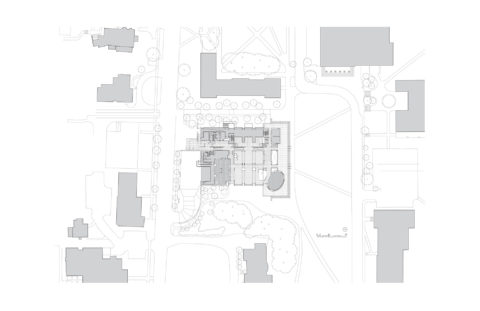 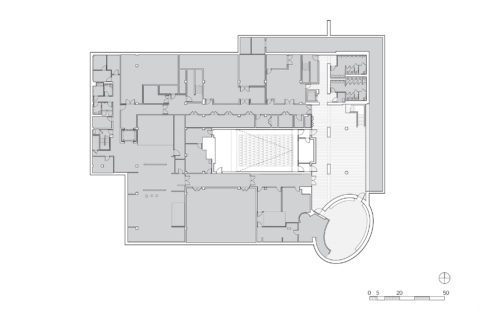 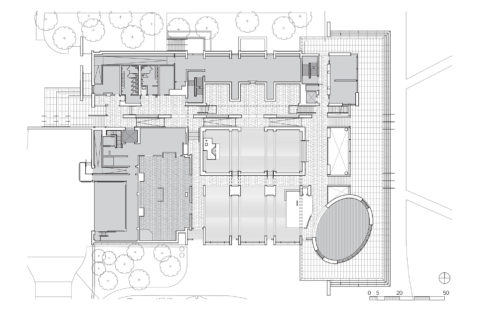 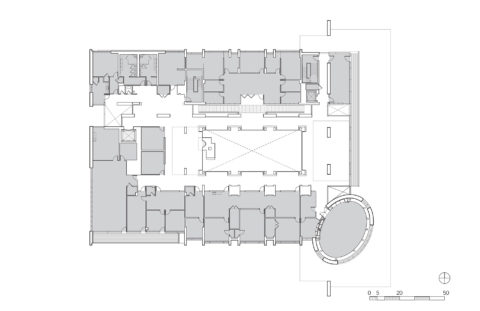 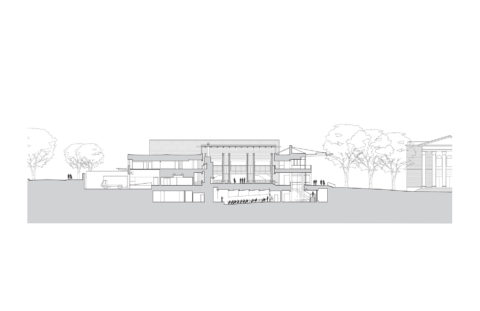 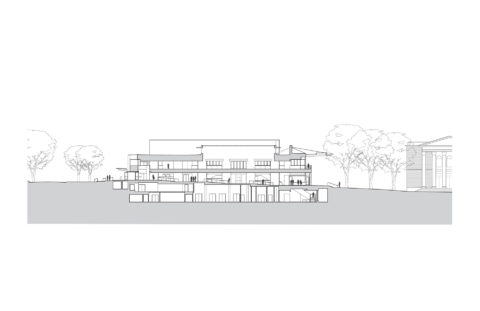 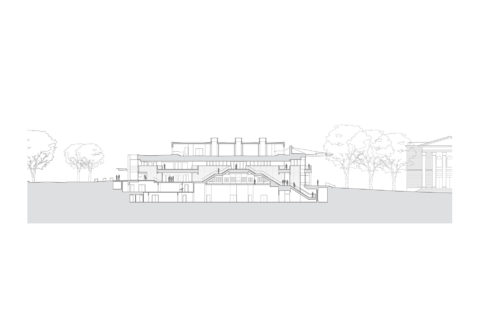 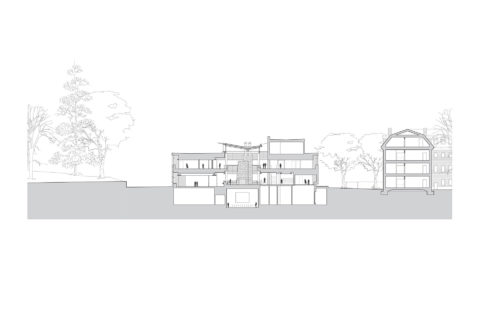