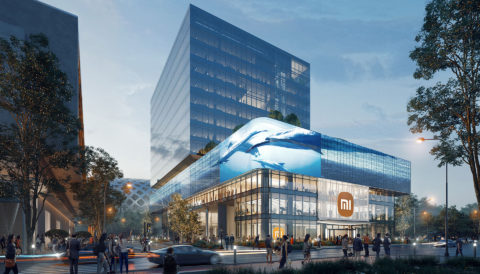 The design of the Xiaomi Shenzhen International Headquarters organically integrates technology into the fabric of the building and, together with the flagship Xiaomi Home store, will serve as a beacon for in the Shenzhen Bay area. 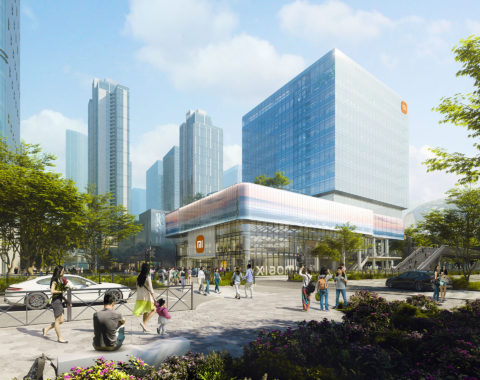 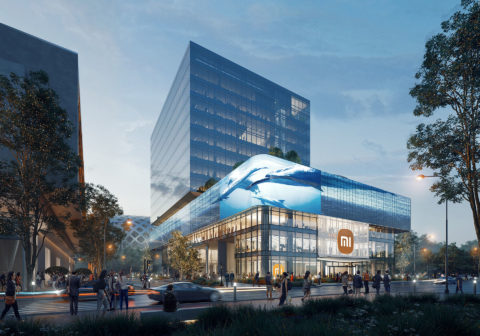 Located in the core of Houhai Financial and Commercial Headquarters Base, one of the key development areas in Shenzhen, Xiaomi Shenzhen International Headquarters features a total construction area of nearly 500,000 square feet. The combination of the new Xiaomi headquarters, Xiaomi Home, the company’s flagship store, and the “Mi Rubik’s Cube,”a 360-degree,wraparound LED screen surrounding the building’s podium, will become a new landmark for Shenzhen and create a destination for shopping, tourism, and civic life. The new headquarters comes at a time when Xiaomi has grown into one of the world’s largest and most important designers and manufacturers of consumer electronics, from smartphones and computers to home appliances and software. Its bright orange logo "MI" has become synonymous with technology across the globe.

“The inspiration for the design comes from the focus on technology and sense of wonder that Xiaomi brings to the public. The interior layout of the ‘Mi Rubik's Cube’ is based on architectural circulation and guides the interaction and integration of various program spaces, while the exterior concretely represents the unremitting innovation and collaborative spirit of Xiaomi's culture and mission.” 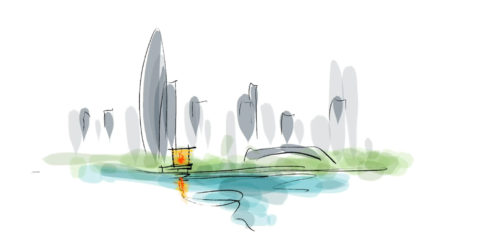 “Our goal is to design a more flexible and modular environment that can be adapted to suit the ever-changing technological landscape. The ‘Mi Rubik’s Cube’ will not only be the Shenzhen International Headquarters of Xiaomi, but also a vehicle through which the public can understand Xiaomi. We want to create an enduring home for cutting-edge design.” 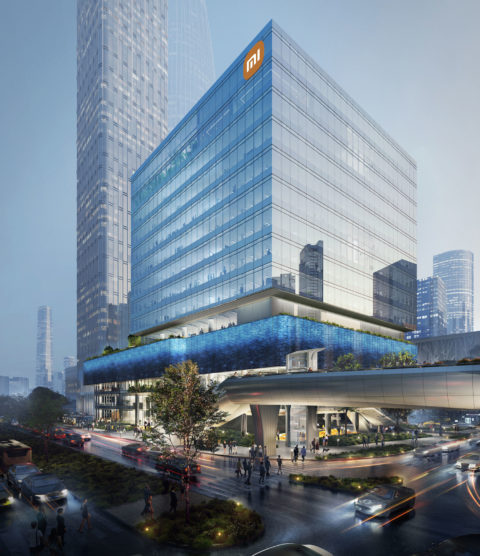 To breathe life into the building and its urban surroundings, the design fillets the corner of the podium massing and elevates the ground floor for use as a public space. The podium’s wraparound LED screen will display sensory experiences for consumers, tourists, and passersby, projecting new perspectives about Xiaomi’s work as it adds color and vibrancy to the cityscape of Shenzhen. Meanwhile the tower atop the podium, the “Mi Rubik’s Cube,” features a simple architectural massing—evocative of the rational and rigorous work undertaken by Xiaomi’s designers and engineers—that creates a sense of upward movement, as if the tower were floating above the city. By elevating the ground floor lobby up to the second floor, the design releases the ground level spaces back to the city, welcoming the consumers from the MixC of Shenzhen Bay from the west side, Shenzhen Bay Sports Center from the north, and tourists from the eastern Shenzhen Talented Park.