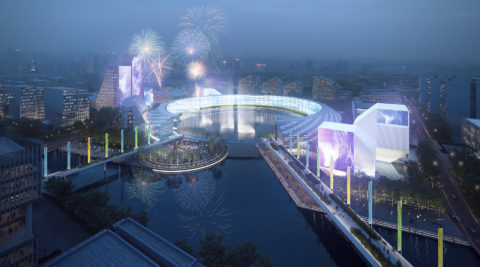 The Oriental Smart Media City provides the media industry with a center of creativity and a destination for industry events. The urban design scheme synthesizes complex program requirements and site constraints into a 24/7 multi-disciplinary campus with flexible spaces designed to accommodate the changing needs of media talent.

It is our intention to envision Oriental Smart Media City as a working model for media professionals but also as an exciting destination for Shanghai residents and visitors alike. In the most singular of forms, we create a horizontal iconic void ringed by a dashing display of media activities. 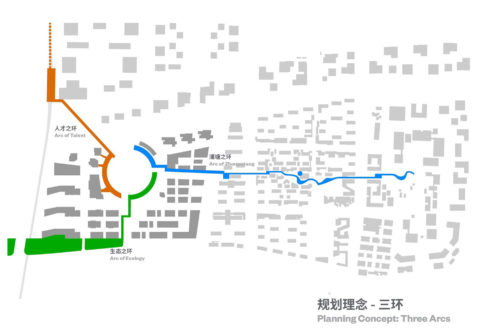 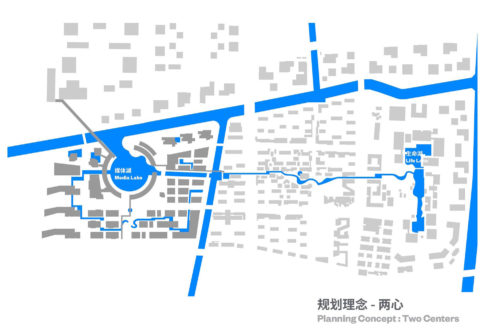 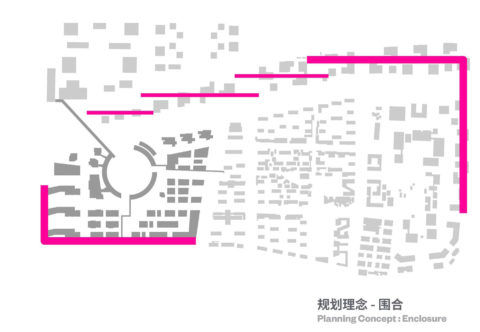 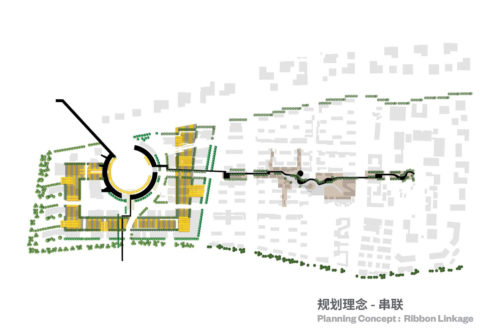 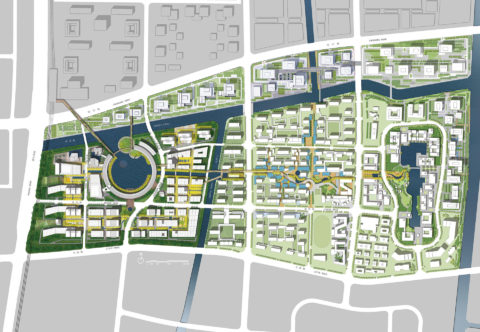 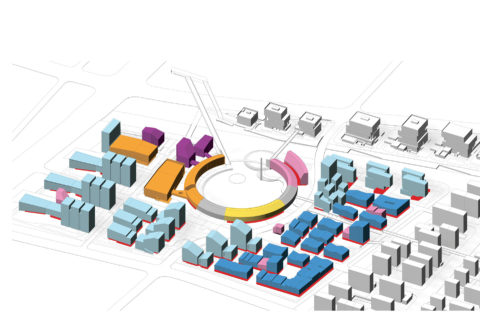 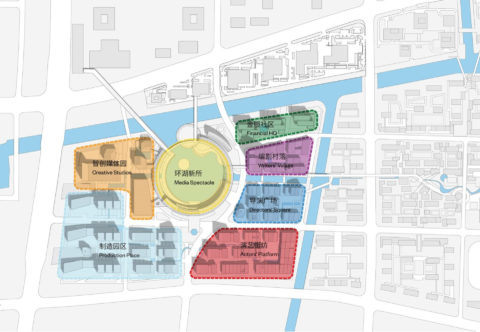 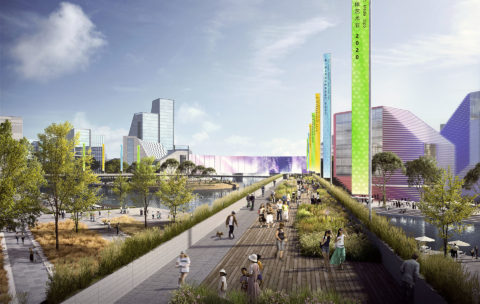 In order to accommodate the complex requirements of a sophisticated media city, the project is organized around a series of interrelated neighborhoods, each programmed to support the specific creative processes of media production. Anchoring the northeast corner of the site is the Financial Headquarter composed of a full block of three slab towers. Located south of the Financial Headquarter, and moving clockwise around “The Ring”,  the Writers’ Village and Directors’ Square provide an intimate space for conversation and collaboration. An episodic series of landmark places and centers, such as the Actors Platform and Producers Place, further unfold along the landscaped ribbon, each becoming a symbolic chapter in the sequence for creating a media story and event. 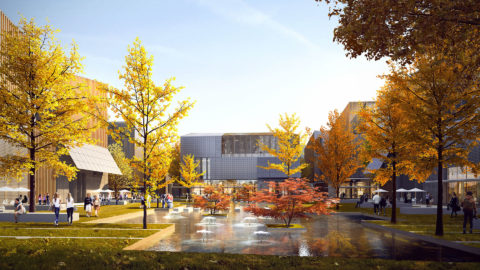 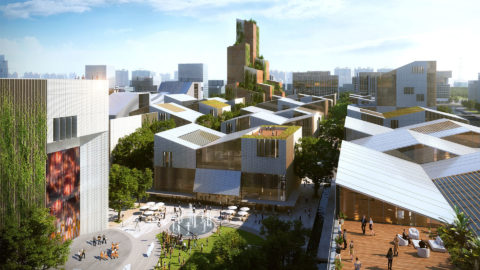 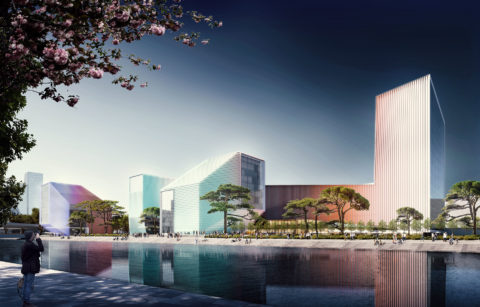 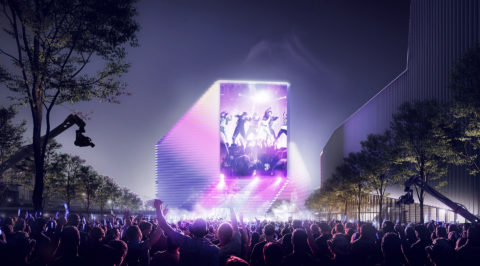 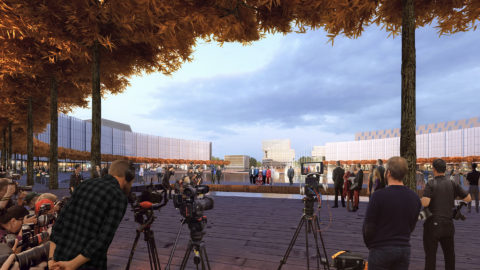 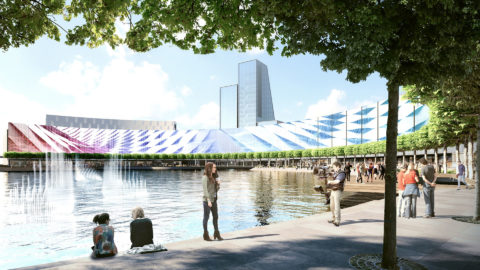